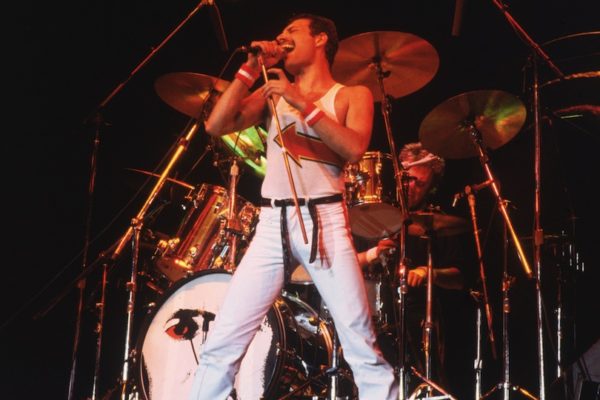 Doing a 180-degree artistic turn is never easy for a band. Embracing a new style always comes with the risk of alienating a part of the old fan base, even a big part if the departure is an abrupt one. Something like that happened to Queen with Hot Space, an album that sold less, got more negative reviews and was even criticized by members Brian May and Roger Taylor themselves. Its unapologetic dive into the dance/disco/funk territory still leaves Queen’s fans scratching their heads after all these years.

But in order to figure out exactly how different this album is from the band’s previous work, one has to ask oneself this question: What exactly is the Queen sound? The band’s explored so many different styles and approaches that it becomes nearly impossible to pin them down. They could rock the hardest (“Death on Two Legs,” “Brighton Rock”), be the prettiest of pop (“Love of My Life,” “Good Old-Fashioned Lover Boy”), or sometimes even do both within the same song (“Bohemian Rhapsody”). They effortlessly dived into territories such as heavy metal (“Son and Daughter”), folk (“’39”), gospel (“Somebody to Love”), blues (“Sleeping on the Sidewalk”) and rockabilly (“Crazy Little Thing Called Love”). And that’s just scratching the surface — every single one of their albums up to that point felt like an exercise in eclecticism. Once you realize diversity has always been part of Queen’s DNA, Hot Space suddenly doesn’t sound like such a big departure anymore.

And the best thing is that it doesn’t sound forced either. Out of all the “rock dinosaurs” that decided to incorporate the latest technological advancements into their music in the ’80s, Queen seemed to do it with the most ease. In a song like “Back Chat,” the synths and drum machines are not there just to make the band sound trendier — they all come together in creating an irresistible groove that almost forces you to get your ass on the dance floor. The combination of that same aesthetic with May’s rocking guitar riffs in “Dancer” makes the song another highlight. And if you enjoyed Deacon’s “Another One Bites the Dust,” you will surely like his “Cool Cat” too — another disco groover with Chic-inspired guitars and falsettos.

And hey, most of Side 2 isn’t even that experimental. The intimate, piano-driven arrangement of “Life Is Real (Song for Lennon)” is perfectly fitting given that the purpose is to pay tribute to you-know-who. On the other hand, “Put Out the Fire” straight-out rocks and “Las Palabras de Amor” is majestic and ambitious, but also has substance backing it up. And then there’s the elephant in the room – “Under Pressure” of course, still a classic after so many years, radio plays and samplings. Now look, I’m not saying “Hot Space” is consistent throughout (“Body Language” is a bit too much even for me and Taylor’s compositions were never really Queen’s forte). I’m just saying that the band’s magic touches — catchy melodies, tight instrumental and vocal performances, fun experimentation — are still present in most of these songs. It’s a dance album, but it’s a damn fine one at that.

PS. Classic rock fans might also enjoy our posts on 31 Concept Albums You May Have Missed and The Bar Band Hall of Fame.