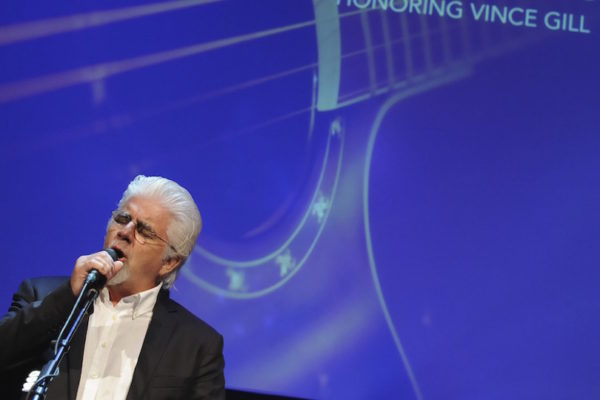 Remember this? “I would rather listen to Fran Drescher for eight hours than have to listen to Michael McDonald.” (Paul Rudd in The 40 Year Old Virgin) Well, whether it’s a Judd Apatow film, a Family Guy episode or a Jimmy Fallon monologue, comedians have made their fair share of jokes at the expense of this musician over the years. It wasn’t necessarily very difficult. McDonald’s voice and music have always made him an easy target — that deep register, brushed with falsetto, doesn’t necessarily fit anywhere in particular. He created a sound that was rejected by the rock community and seen as too commercial for jazz fans. Nobody knew what to make of McDonald.

Throughout the ’70s, McDonald worked his way up the ranks of the music business. After a slow couple years in Los Angeles, he was enlisted by Steely Dan in 1974 to provide touring help, and eventually in the studio where he provided keyboards and backing vocals. After putting himself on the map, McDonald left Steely Dan to help front The Doobie Brothers, where he was faced with criticism upon arrival. People felt he had infused a lighter, jazzier vibe into a band that was largely based on a classic rock sound. Yet even with the alienation of a portion of their fan base, the group eventually worked their way to number one in 1979 with the release of “What a Fool Believes,” penned by McDonald and Kenny Loggins.

Riding the high of this newfound success, McDonald attempted a solo career in 1982 and split from the Doobie Brothers. That solo career peaked right at the start with his first solo album If That’s What It Takes. And for awhile, that seemed to be it. After an extremely silent ’90s and ’00s, no one could be blamed for thinking that McDonald had faded into obscurity. Which isn’t to say that McDonald wasn’t busy. In 2005, he was preparing his second Christmas album for the Hallmark label. His previous two releases were Motown cover albums, and he was soon to issue his third three years later. At this point, McDonald was cementing himself as a novelty. But in that same year, a small web series entitled Yacht Rock appeared. The show shed light on an overlooked and forgotten era of music, depicting a humorous fictional homage to the smooth rock and jazz scenes of the late ’70s and early ’80s. The series featured McDonald, portrayed by co-creator JD Ryznar, in a heroic light bringing life and energy into what would prove to be the newly coined genre, Yacht Rock. This made-up genre provided a sanctuary for McDonald and other musicians, such as Kenny Loggins and Steely Dan, who seemed out of place in the current musical scene.

Over the next ten years, the genre gained attention and traction, bringing back a sound that had seemed gone forever. Soon, McDonald caught an unexpected second wind by getting exposure with a younger generation. By 2009, he was recording with indie band Grizzly Bear on the single “While You Wait For The Others,” furthering his appeal to a younger audience. But the most momentous circumstance in McDonald’s resurrection came in 2016 when he and former writing partner Kenny Loggins were asked to perform with funk musician Thundercat on his new LP. Featured on the single “Show You The Way,” McDonald and Loggins performed with the funk musician on the late-night circuit and music festivals. McDonald had arrived… again.

Now, somehow, against the odds, McDonald has found himself in more demand than ever. Whether it’s grabbing lunch with Mac Demarco, appearing on Pitchfork‘s Over Under, or performing live with Solange, McDonald has transcended novelty status and is now a musician revered by a new generation. “It seems like a lot of things that are happening to me later in my career are things that I wouldn’t have dreamed would be happening if I would have looked back,” claims McDonald, humbly as ever. Someone who once lingered in the shadows currently finds himself the “Hot Surprise Influence” of 2017 according to Rolling Stone magazine.

In the wake of all this newfound success, McDonald has decided to release his first album of original material in over 15 years, entitled Wide Open. Now when people listen to McDonald they don’t get a good laugh of out his music or his voice. Instead, they finally see what him for what he is: a refined soul musician. Congratulations, Michael McDonald; you are now officially “cool.”

PS. An inside look at Aja, one of Steely Dan’s best. Plus, our look at Michael and other background singers who wound up in the spotlight.