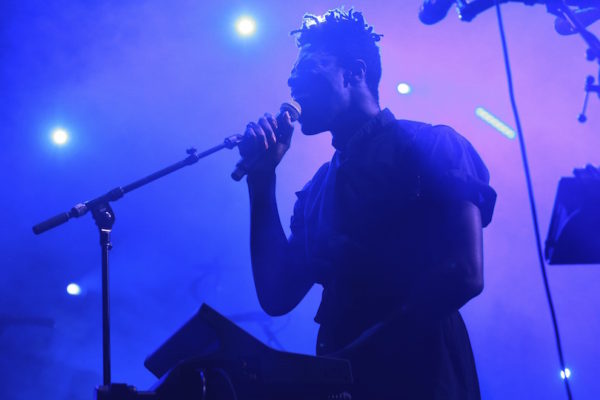 When searching for new music online, it’s easy to get lost in the sea of possibilities. The best gauge of whether you’re going to like a new artist is by sampling a signature song. So what’s your taste like? Are you hankering for the latest Mazzy Star, an update on Smile-era Beach Boys meets Roberta Flack, or simply a precocious singer-songwriter who isn’t afraid of literary references? Regardless, we’ve got something for you (as well as a sample song); try them out and see if they’re worth adding to your playlist. Who knows? Maybe you’ll want to add all three!

Weyes Blood
Singer Natalie Mering reportedly chose her moniker at age 15, after reading Flannery O’Connor’s novel Wise Blood. Though it would be a reach to say her music is heavily indebted to Southern Gothic, there is a sense of outsider isolation in her lyrical themes and an almost devotional quality akin to that of her muse. 2011’s The Outside Room sounds like a lost treasure from the late ‘60s psychedelic vaults. Church organ, crashing drums, and skittering guitars swirl around Nico-like vocals on “Storms that Breed, while “Lost In Dreams” is eerily hypnotic and elegiac. “His Song” is almost Gregorian in its vocal approach and the spooky sonics on “In the Isle of Agnitio” wouldn’t sound out of place on a Mario Bava horror soundtrack. At the ripe old age of 29, Weyes Blood continues to evolve as an artist and last year’s Front Row Seat to Earth shed much of the early psyche-folk trappings in favor of a cleaner, more intimate sound. On songs like “Used to Be” and “Seven Words,” sparse — almost hymnal — piano and keys provide a soft billow for Mering’s soaring soprano.

Cigarettes After Sex
Cigarettes After Sex is the brainchild of singer-songwriter Greg Gonzalez, who reportedly came upon his trademark spacious sound while recording in a four-story stairwell at his alma mater, the University of Texas. He and his bandmates have since relocated to Brooklyn, where those initial experiments morphed into their 2012 debut EP I. On “Nothing’s Gonna Hurt You Baby” one hears echoes of Mazzy Star and, like singer Hope Sandoval, Gonzalez has the ability to create intimacy within yawning spaces. One gets the sensation of listening to a band at the far end of a vast performance hall, while the singer is somehow whispering in your ear. You’ll likely also notice more obvious influences such as The Cowboy Junkies and Julee Cruise, but in interviews Gonzalez has also cited Francoise Hardy, Miles Davis, and Cocteau Twins. On this year’s self-titled, full length debut, the sound is still expansive but not quite as cavernous; the music, still buoyed by reverberating guitar lines and ghostly synth strings. Better yet, the drums and bass are punchier and Gonzalez’s bedhead purr even more upfront — especially on the standout track “K.” It makes for a gauzy dreamscape, in which the lovers he writes about drift from bedroom to garden to the open road, ever in the afterglow of romantic bliss.

Moses Sumney
Throughout Aromanticism — Moses Sumney’s remarkable September 2017 debut — harp glissandos and various other exotic swoops and swirls rise up from soft pulses and the occasional beat. But the most affecting sonic texture of all is Sumney’s voice, which goes from a soaring falsetto to a jazzy warble, often in the space of a single chorus. From the Smile-era Beach Boys harmonies on “Man on the Moon (Reprise)” to the breathy, soulful coo of “Don’t Bother Calling” and “Plastic,” Sumney moves effortlessly through variations in pitch, timbre, and mood. More than that, though, he emerges as an inventive songwriter and arranger, weaving sonic layers and literate lyrical flourishes into a rich tapestry. A stripped-down version of “Plastic,” recorded on a 4-track recorder and released on his lo-fi, 2014 debut EP, Mid-City Island, gives one a fairly accurate sense of his live sound. Even shorn of the string adornments, Sumney manages to levitate the listener, accompanied only by his guitar and a looper pedal. Following a string of warm-up spots for the likes of Solange, Sufjan Stevens, and James Blake, a growing number of audiences are discovering these qualities firsthand.

PS. Another surprising music mash-up worth checking out.  Plus, a new (ish) band with a slightly familiar sound.

0 comments on “Different-but-Familiar: New Music You Should Hear Now”