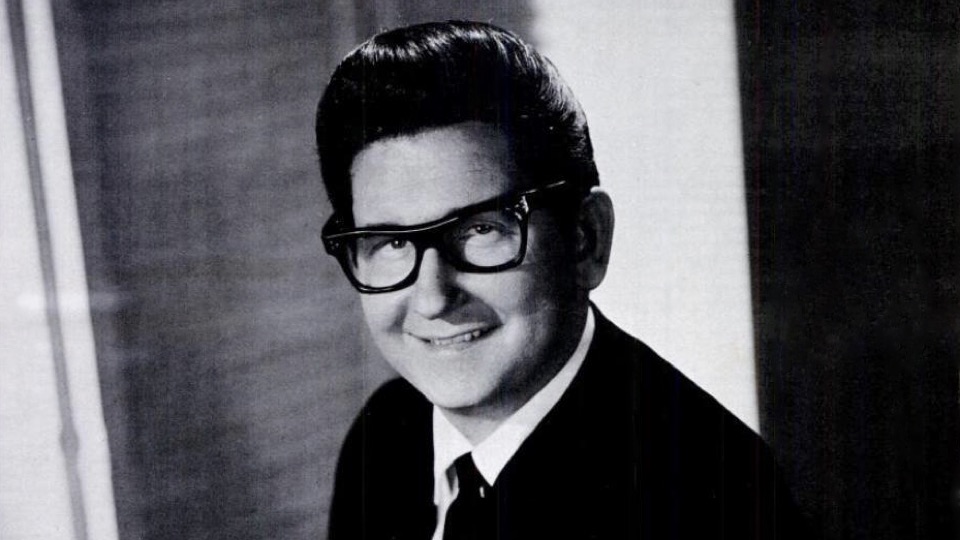 Returning to the Billboard Hot 100 in 1989, the Bee Gees’ “One” captured the carefully pruned emotion that echoed in the brothers’ spare sound of their earliest work. That same year, Roy Orbison’s comeback concert Black & White Night (filmed in 1987 at the Cocoanut Grove night club in Los Angeles) was released on vinyl. The dazzling performances testified to the enduring influence he held on the songwriters that followed him. “He made emotion fashionable” Bee Gee front-man Robin Gibb recalled … that it was all right to talk about and sing about very emotional things. For men to sing about very emotional things.” Coinciding with the 30th anniversary of that landmark concert, a remastered Black & White Night 30 has just been released, including 3 tracks omitted from the 1989 original.

The Bee Gees were far from the only members touched by Orbison’s unguarded falsetto. Orbison’s quivering vocal performances brought operatic flavors to the rock idiom, earning him the honorific title “The Caruso of Rock.” Exhilarating vocals permeated the radios, though his was a voice confined to the European stations in the late seventies. Conversely, his “That Lovin’ You Feelin’ Again” duet with Emmylou Harris won “The Big O” a Grammy award and a soundtrack appearance in the surreal classic Blue Velvet (1986) won Orbison new admirers. Older admirers, Jackson Browne, T Bone Burnett, Bonnie Raitt, and J.D. Souther sang their praises at Orbison and their harmonies with Orbison, each joining as an assemblage of musicians for this memorable show.

Much of it sounds sensational. Elvis Costello, disciplined in the pop permutations of sixties music, sounds ecstatic joining Orbison on the jaunty harmony to  “Pretty Woman”. Bruce Springsteen adds a blithe Western arrangement to the jiving “Dream Baby” a song that singer Glen Campbell brought to the Billboard Top Ten in 1971. The Skiffle rocker “Claudette” grooves inexplicably well for a song devoid of electric bass, while Orbison displays an impressive flair for the harmonica during “Candy Man” ‘s instrumental passages. The loudest audience cheer is preserved for “Only The Lonely,” his earliest hit at that. Canadian singer k.d. Lang harmonizes as delicately as Tom Waits presses piano keys. It’s an impressive lineup, many of them more successful at the time than Orbison, yet none dared upstage the master of rock.

This becomes especially clear listening to “The Comedians,” an elegy written specifically for him by Costello. Steeped in regret, love, and humiliation, the vocal reveals the effects three decades working in rock holds on a voice. Representing Orbison’s newest work at the time, it found itself on the superlative Mystery Girl, perhaps Orbison’s most fondly remembered album.

It was a success that outlived Orbison, the singer dying mere weeks before its release. The corporeal spoke for itself, Orbison’s spirited voice driving the album where his spirit overlooked it. In its own way, Black & White Night 30 proves a perfect tribute. Reigniting the energetic spark Orbison effortlessly showed generations of rock musicians, this compendium explores the breathing musician at his most vital.

Related: “A Fire Destroyed Old-Style Master Tapes.  And Why We Should Care”

Mixed in with the famous tracks comes a welcome surprise: Orbison led his band through alternate takes of “Dream You,” “Comedians,” “Candyman,” “Claudette,” and “Uptown.” When A Black And White Night Live found its premier release, the single-disc inexplicably excluded “Claudette” and “Blue Angel.” The new 2LP vinyl Black & White Night 30 restores every performance, complete with a download card for all 19 tracks. There’s no chance any Orbison fan will want to miss out.