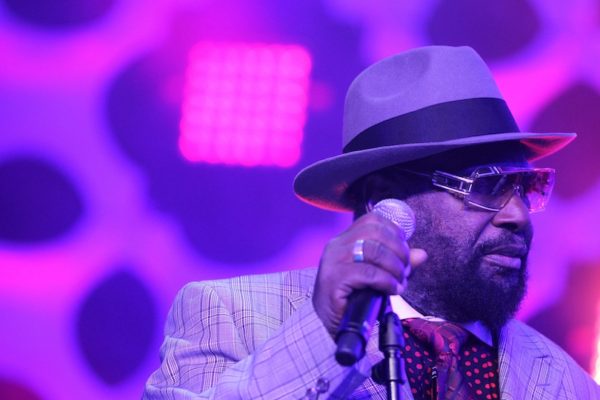 In 1986, Parliament-Funkadelic guru George Clinton was at a crossroad of sorts. His contract with Capitol Records, the label that had released his lone number one hit “Atomic Dog” 4 years earlier, was terminated. In fact, none of his other bands had label deals anywhere else. Outside of some random guest spots on other performers’ albums (Nona Hendryx and Warren Zevon to name a few), his Funk was in a directionless rut. But by 1988, there were signs of hope. Warner Bros. Records, a label that once swore never to do any further business with Dr. Funkenstein after 1981, surprisingly released his latest P-Funk spin-off act: the Incorporated Thang Band, fronted by members Lige Curry and Andre Foxxe. But an even more meaningful form of assistance would come out of the city of Minneapolis.

Related: “This Boot Is Made for Fonk’n'”

Pop music legend Prince formed Paisley Park Records in 1985, following the massive success of the movie/album Purple Rain. Prince expressed admiration in numerous print interviews for Clinton and his once sprawling P-Funk empire. Clinton once remembered telling the Purple One, “Why don’t I cut something, I’ll pee on it, send it to you, you pee on it and send it back. And…that’s what we did.” The result was The Cinderella Theory an album that simultaneously feeds off numerous themes present in 1980’s P-Funk, while also displaying the slight influence of his new label boss.

Written by George’s son Tracey Lewis (Trey Lewd), “Airbound” salutes the glories of flight from the perspective of pilots. Exquisite group vocals by over 25 background singers turn this flight of Funk fancy into a soaring masterpiece.

“Why Should I Dog You Out?”

The album’s first single takes up where “Atomic Dog” left off, with fresh canine shenanigans. The track’s video features a “who’s who” of Golden Era rap and R&B, including Ice T, Daddy-O from Stetsasonic, Afrika Bambaataa, MC Hammer, Kool G Rap and Polo, Run DMC, and Al B. Sure.

One of two CD-only tracks, father Clinton and his son Tracey collaborate to wax philosophic about a woman with witch-like qualities, manipulating thoughts and actions almost to her advantage. Her old Black magic got the Doctor in a spell.

Related: “Nicky (Wonder) Was My Favorite Guitar Player Ever”

While The Cinderella Theory was in no way a success, it did launch what might be the longest comeback in popular music history. George, along with The P-Funk All-Stars toured the U.S., Europe, and Japan after the album’s release and still tour to this day.  Simultaneously, rappers would engage in heavy sampling of the P-Funk catalog, which in turn resulted in their entire back catalog being reissued on CD. A second George Clinton album, Hey Man, Smell My Finger, would be released in 1993 and would be one of the last releases on the Paisley Park label, which ceased production in 1994. The Cinderella Theory proved among other thangs, that Funk ain’t going nowhere. It’s forever coming.

3 comments on “George Clinton’s “The Cinderella Theory”: One Funk Fits All!”