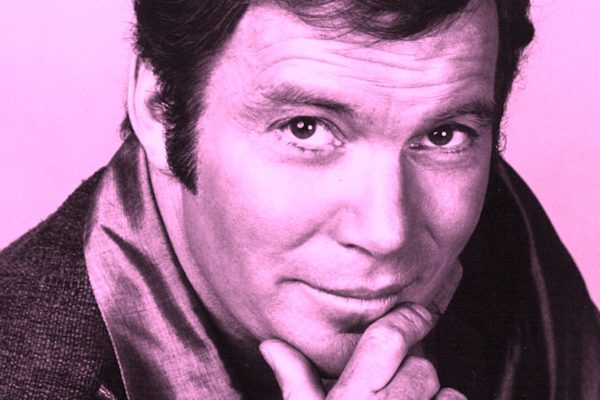 An album by William Shatner? You mean Captain Kirk? T.J. Hooker? The Priceline guy? Yes. That William Shatner. You may remember Shatner’s overly dramatic spoken-word readings of classics like “Mr. Tambourine Man” from 1968’s The Transformed Man. George Clooney said that he would bring this album to a desert island since it would force him to “hollow out [his] leg and make a canoe out of it to get [away].” Shatner’s rendition of “Lucy in the Sky with Diamonds” was voted the worst Beatles cover of all time by Music Choice. Why would Shatner want to make another album? And why would we want to listen to it?

The seed was planted when the singer/pianist Ben Folds recruited Shatner to overdub vocals on “In Love” for Folds’ 1998 album, Fear of Pop, Volume 1. As Folds got to know Shatner, he convinced the film/TV star to record a new album with Folds producing.

The result was 2004’s critically acclaimed Has Been, featuring an all-star team of musicians and songwriters. Beginning with the album’s title, Shatner pokes fun at himself in most of the album’s eleven songs, acting as co-writer on all but three. Shatner delivers his characteristic spoken word interpretations over some great tunes with just the right amount of kitsch.

Folds orchestrates some clever collaborations, such as “Together” with the electronic music duo Lemon Jelly and “That’s Me Trying” (co-written with Nick Hornby of High Fidelity fame) with Aimee Mann. One such collaboration is the album’s opening track, a driving cover of Pulp’s “Common People” featuring Joe Jackson singing the chorus. Shatner brings a mix of humor, anger, and incredulousness to the story of a woman who rejects her parents’ money to live like the “common people.” It rocks hard. By the time the backing vocals kick in, you’ll be dancing across the room.

On “Ideal Woman,” Folds sets a Shatner lyric to a slinky organ arrangement. Shatner loves everything about this woman. “I want you to be you,” he repeatedly declares. But, he doesn’t really mean it.

I love what you wear ’cause you’re wearing it.
That shawl,
That clinging dress,
The svelte black jacket,
Those leopard capris….

The music comes to a stop as Shatner reconsiders:

Well, maybe not the capris.

Henry Rollins has a speed metal shouting match with Shatner on the song “I Can’t Get Behind That,” featuring a typically wild guitar performance from Adrian Belew. It’s an anti-TV, anti-advertising, anti-government, anti-human rant that is hysterical to listen to. And it’s still funny after multiple listens.

Shatner takes on the role of an evangelist on the gospel-tinged “You’ll Have Time.” It’s a cross between Peggy Lee’s “Is That All There Is?” and Jim Carroll’s “People Who Died”:

He then regales us with a list of people who died — from J.F.K to “that guy in the Stones.” It’s the most bizarre church revival service you’ve ever heard! But, underneath the humor, “You’ll Have Time” shows Shatner dealing with his own inevitable death.

On the album’s darkest and most personal song, “What Have You Done,” death is no laughing matter. The song tells the true story of Shatner discovering his third wife’s accidental drowning. With no musical accompaniment, Shatner is at his most vulnerable:

These glimpses into Shatner’s psyche are what makes this album truly great. He sums up his feelings on the very last song on the album, “Real,” written and co-sung by Brad Paisley. In “Real,” Shatner has a message for everyone who thinks of him as a “has been”:

And while there’s a part of me
In that guy you’ve seen
Up there on that screen
I am so much more….
But I eat and sleep and breathe and bleed and feel
Sorry to disappoint you
But I’m real

William Shatner is an actor, a celebrity spokesperson, and yes, even a musician. Just don’t call him a “has been.”