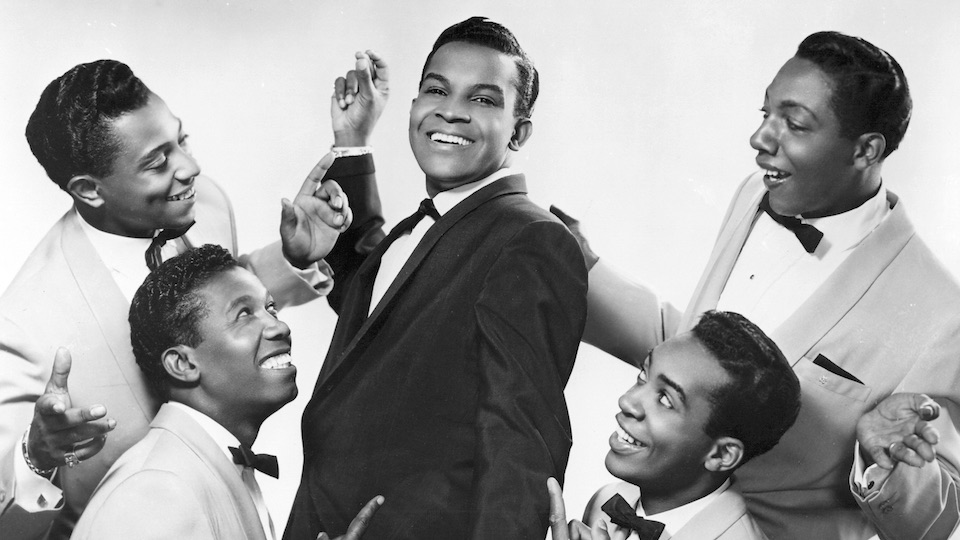 Gospel, blues, R&B, and a touch of naughty humor all comprise “Sixty Minute Man,” the Billy Ward and the Dominoes track that ranks as one of the earliest and most influential records in rock and roll.

Born Robert Williams, Ward was initially trained as a classical musician and graduated from the Juilliard School of Music. Frustrated at the lack of opportunities for black composers, he and friend Rose Marks formed their own group: the Dominoes. Ward did the arrangements and played piano and organ; Marks was the businesswoman. After signing with Federal Records (a subsidiary of King) in 1950, they recorded their first track “Do Something for Me.” In addition to this being their first recording session, the occasion contained another important element: their lead singer was Clyde McPhatter, a 17-year-old who had recently performed at the Apollo Theater’s amateur night (he would later form the Drifters and embark on a solo career). Yet it was their bass singer Bill Brown that held the spotlight in their major breakthrough record “Sixty Minute Man.”

According to Charlie Gillett’s book The Sound of the City: The Rise of Rock and Roll, “Sixty Minute Man” marks one of the first times gospel-trained singers found success singing R&B. The double-entendre-filled lyrics, however, originated at least 20 years before “Sixty Minute Man.” In the track, Brown boasts of being called “Lovin’ Dan.” That phrase refers to a 1936 blues record called “Dan the Back Door Man,” sung by Georgia White and subsequently covered by a vocal harmony group entitled the Four Southerners. Another blues chanteuse, Ida Cox, recorded the raunchy “One Hour Mama” in 1939, complaining that “no one-minute papa / Ain’t the kind of man for me.” Even before then, the legendary Bessie Smith cut “Hustlin’ Dan” in 1930; all these prior records indicate the blues roots of the song and demonstrate that songs featuring controversial lyrics had been previously released, although not to massive success.

Written by Ward and Marks, this doo-wop track features McPhatter acting as chorus to Brown’s bravado-filled performance. Bragging of his sexual prowess, Brown lays out his technique: 15 minutes of kissing, then teasing, squeezing, and the finale: “15 minutes of blowing my top.” McPhatter can be heard squealing “don’t stop,” presumably mimicking the female response. Brown’s deep voice and sly humor perfectly accent the risqué words, lingering over “I rock ‘em, roll ‘em all night long.” If her man does not satisfy her, Brown sings, he invites her to “come up and take my hand,” and she’ll soon cry “oh yes!” With surprisingly blunt lyrics for 1951, “Sixty Minute Man” contains all the components of the then-emerging rock genre: rebelliousness, unsubtle sexuality, and a steady rhythm. It arguably coined the very name of this new type of music: rock and roll.

The raunchy 1951 track sat at the top of the R&B charts for an astonishing 14 weeks, and crossed over to the pop charts, peaking at number 17. In his book Before Elvis: The Prehistory of Rock ’n’ Roll, Larry Bimbaum cites “Sixty Minute Man” as unleashing a wave of racy material, but also proving that R&B could cross over.

As a sidenote, McPhatter would depart Billy Ward and the Dominoes not long after “Sixty Minute Man,” to be replaced by yet another future star: Jackie Wilson.

Just four years after the hit’s release, Ward and the Dominoes recorded a hilarious sequel: “Can’t Do Sixty No More,” where Brown complains of feeling worn out after bragging about his skills in “Sixty Minute Man.”

Related: “Etta James and ‘Roll With Me Henry'”

Regardless of its effects on the narrator, “Sixty Minute Man” opened the door for other sexually forthright records, planting the seed for Etta James’ “Roll with Me Henry” and other future hits. in turn, the convention-shattering foundations of rock and roll were formed.