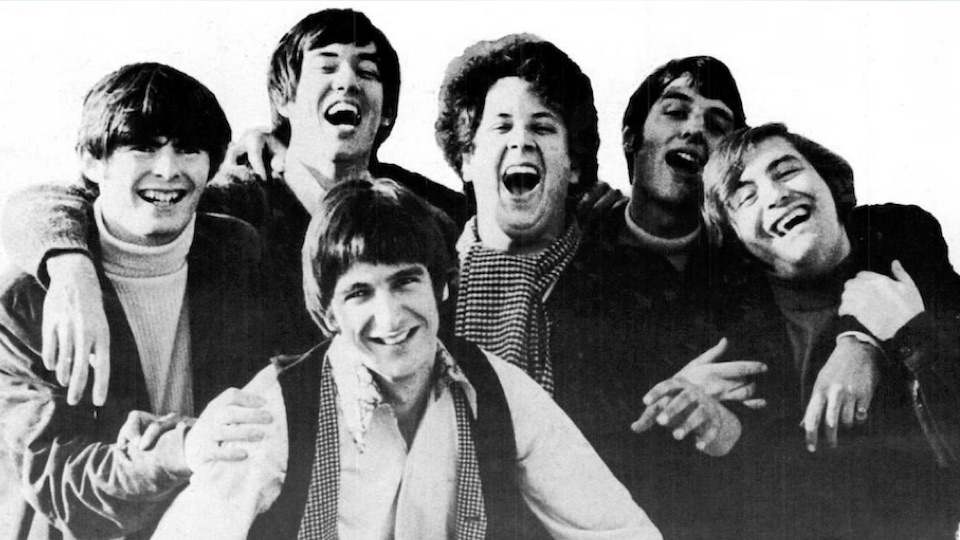 If you’ve listened to music in the last 50 years, you’ve definitely heard The Turtles’ “Happy Together” echoing out of your car radio, CD player, or iDevice. But that song is only the part of their tuneful oeuvre. The band grew out of the surf rock outfit The Crossfires, which featured frontmen Howard Kaylan and Mark Volman. Their debut album It Ain’t Me Babe, was released in 1965. Over the next several years, The Turtles created some of the most memorable pop music of the post-British Invasion era. Disputes with their management and record label over financial issues and musical direction resulted in the group losing the rights to the Turtles name, and the original lineup called it quits in 1970. Kaylan and Volman rebranded themselves as Flo and Eddie and released several albums under that name. The duo also recorded and toured with Frank Zappa’s Mothers of Invention, and became in-demand backing vocalists on songs such as T. Rex’s “Bang A Gong (Get It On)” and Bruce Springsteen’s “Hungry Heart.” Here are 10 reasons why The Turtles left a lasting impression.

Related: “The Top 10 Songs by The Bangles”

This song was a result of the band’s label requesting another tune in the vein of “Happy Together,” something Kaylan and Volman had no interest in at the time since they wanted to explore other musical directions. Since the label continued to pester them for another innocuous pop confection, the group came up with this reworking of their earlier hit, which they intended as a parody. It actually landed at Number 6 on the charts, and it’s pretty good in its own right.

9. You Don’t Have To Walk In The Rain

A song from the band’s final album, Turtle Soup, produced by Ray Davies of The Kinks. According to Kaylan, the group was hoping he would help them do a Turtles’ version of the Kinks’ classic The Kinks are the Village Green Preservation Society, but Davies wanted to do more of a pop-leaning record. This is one of the strongest tracks on the disc.

Gary Bonner and Alan Gordon, who penned several other songs for the band, including “You Know What I Mean”, wrote this ubiquitous pop earworm. Featured in countless movies, TV shows, and commercials, the song actually knocked The Beatles “Penny Lane” out of the number one spot on the charts back in 1967.

Written by Roger McGuinn and Gene Clark, and first recorded by The Byrds, this beautiful ballad is filled with lush instrumentation and lovely vocals by Kaylan and Volman. The tune is featured on The Turtles Present the Battle of the Bands, a clever concept album that featured the group “performing” as different groups for each of the tracks on the record.

A melodic gem by P.F. Sloan, who also wrote “Eve of Destruction,” a song the band also recorded. A folk-pop gem that should have been a much bigger hit, the song was featured in a pivotal sequence of the Netflix series Orange Is The New Black.

5. Can I Get To Know You Better

This soulful tune has something of a Motown vibe and is anchored by some of the group’s strongest harmonies, which also recall the sound of The Mamas and the Papas. Produced by the talented Bones Howe, who also worked with The 5th Dimension and The Association.

The band’s first hit, this 1965 Dylan cover is the best take on a song that was also recorded by Johnny Cash (with June Carter) and Joan Baez. The Turtles’ version strikes a nice balance between the toughness of Dylan’s original with an undercurrent of wistfulness.

This rock-flavored tune was co-written by a then-struggling songwriter named Warren Zevon. The song was later used in an episode of CSI directed by Quentin Tarantino, who surely had a hand in selecting it for the soundtrack.

Is this swirling, atmospheric tune by The Strawberry Alarm Clock? The 13th Floor Elevators? The Electric Prunes? Nope, it’s the Turtles in full psychedelic mode, and it works perfectly. One of the band’s best singles, and a very cool piece of acid pop.

A fantastic song, which combines everything that’s great about The Turtles; excellent vocals that build to a crescendo, wonderful production, and great instrumentation, capped off by the fantastic drumming of John Barbata.