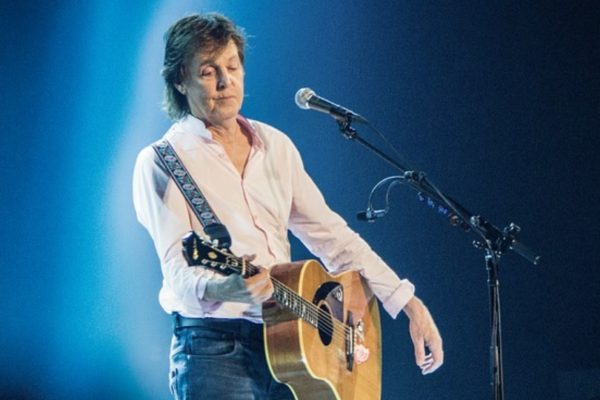 As both a Beatle and in his solo career, Paul McCartney is known as one of the greatest singer/songwriters of the 20th Century. So it’s no surprise that people have always jumped at the chance to collaborate with him. Fans of the artist already know about his famous works with Stevie Wonder, Michael Jackson, and Tony Bennett. In all of those instances, McCartney shares the stage as an equal. This isn’t always the case with the humble genius, who can just as likely be found in a simple listing as a writing contributor or backing musician. For even his biggest fans, some of these stories of Paul McCartney’s collaborations might be a bit of a surprise.

For Paul and Linda McCartney, a holiday in the ’80s would often mean swapping their cold, wet UK home for an equally wet and beautiful (but far less cold) locale. Jamaica has been the home-away-from-home for many brilliant creatives, including Ian Fleming and Johnny Cash. It’s the latter who opened his home to the pair on one mid-eighties night. Cash had first met Paul in 1965 backstage at a concert and they had remained in touch.

As is ever the case for musicians, they could not help but find inspiration in the cloudless night and together penned a song that would be later called “New Moon over Jamaica.” Sometime later, in 1988, Cash visited Paul’s studio and they sat down together to record a demo of the song. It was later re-recorded and released on Cash’s album, Water from the Wells of Home. In 1995, Paul released the original demo, with its distinctively Reggae sound, on his Oobu Joobu Radio Show.

In 2013, Dave Grohl produced and directed a documentary about Sound City Studios in LA. A love-letter to the music that came out of the Studio, the guest appearances and interviews were as impressive as the Billboard #1 soundtrack and included Stevie Nicks, Mick Fleetwood, Lars Ulrich, and Neil Young.

One of the songs that appeared on the soundtrack album was “Cut Me Some Slack.” It was described as “The Nirvana Reunion,” being that it was the first time that Grohl, Novoselic, and Smear had played together since the death of their bandmate Kurt Cobain. In place of the late musician was Paul McCartney.

The song was played live for the Hurricane Sandy Relief concert and again later on Saturday Night Live. Eventually, the song won “Best Rock Song” at the 2014 Grammy Awards.

One of the more interesting collaborations by Paul McCartney has to be when he worked with Beat-poet Alan Ginsberg, to provide backing music to one of his poems, “The Ballad of The Skeletons.”

Ginsberg had first met The Beatles when some of them attended his 39th birthday party in 1965. Barry Miles recalls that they were met by a naked Ginsberg, who was wearing nothing but a “Do Not Knock” sign on his penis and later offended John Lennon by kissing him while in this state. The offense did not linger, with the poet writing “Portland Coliseum” about their concert only three months later. In 1968 there was an attempt to have Ginsberg record for Apple Records, but it fell through.

Then, in 1996, Ginsberg came to McCartney’s home for a visit, bringing with him a number of poems he had just published. There, one of Paul’s daughters recorded “The Ballad of the Skeletons” while Paul and a number of other visiting musicians improvised backing music. Those same people later came together in the studio and recorded it properly. It was released, and eventually, the piece was turned into a music video directed by Gus Van Sant. This video was extremely popular, and according to Danny Goldberg, president of Mercury Records, “This made Allen the only seventy-year-old besides Tony Bennett to ever be played on MTV.” However, Paul McCartney’s last music video, “Who Cares”, dropped on YouTube in December 2018, making him seventy-six at the time!