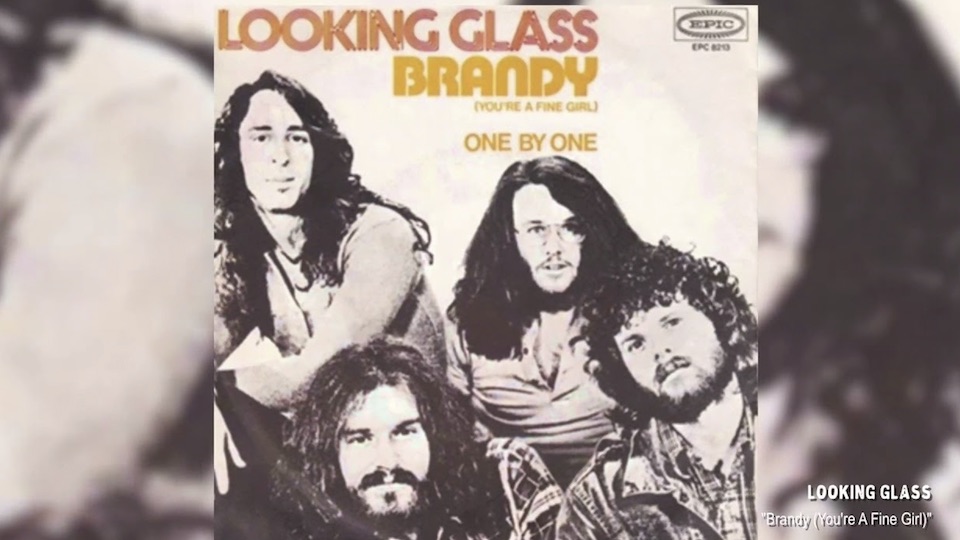 If you’re a music fan of a certain age, you probably recognize these opening lines: “There’s a port on a western bay, and it serves a hundred ships a day…lonely sailors pass the time away, and talk about their homes…” Those words are part of the biggest hit for a New Jersey-based group called Looking Glass. “Brandy (You’re A Fine Girl)” was ubiquitous in 1972, the age of AM radio, jukeboxes and bell-bottoms. Looking Glass was originally formed in 1969 at Rutgers University by singer-guitarist Elliot Lurie, bassist Pieter Sweval, and keyboard player Larry Gronsky. Drummer Jeff Grob later joined the lineup, and the band gained a solid reputation playing frat parties and local bars in the tri-state area.

Looking Glass managed to capture the attention of music impresario Clive Davis, who signed the band to Epic Records. “Brandy” was one of the tunes Lurie contributed to their first record. The song’s title came from a girl named “Randy” that Elliot Lurie dated in high school. Lurie changed the girl’s name to “Brandy” while working on the lyrics. The band tried out the tune in several different versions during the recording sessions for the album (including some studio time with Steve Cropper) before settling on the take that was included on their self-titled debut, Looking Glass, released in 1972. Ironically, “Brandy (You’re A Fine Girl)” wasn’t actually representative of the band’s music, which leaned toward a more rock-oriented sound. “Brandy” was released as the B-side to “Don’t It Make You Feel Good,” the album’s first single.

While “Don’t It Make You Feel Good” didn’t find much success on the charts, it’s B-side, “Brandy (You’re A Fine Girl)” started getting airplay when Washington disc jockey Harv Moore began regularly spinning the song on the air. Demand for the song grew, and “Brandy” was re-released as an A-side. Looking Glass suddenly had a hit on their hands. The song rocketed all the way to number one in 1972, remaining on the charts for sixteen weeks. It proved to be the group’s biggest hit, although they did reach the Top 40 one more time with “Jimmy Loves Mary-Anne,” a tune that was also written by Lurie. That song was featured on the band’s second and final album, 1973’s Subway Serenade. Singer Josie Cotton covered “Jimmy Loves Mary-Anne,” during the 1980s, while “Brandy” has been re-interpreted by Kenny Chesney and The Red Hot Chili Peppers, among others.

Lurie left Looking Glass in 1974 to pursue a solo career, and the band recruited Michael Lee Smith as their new lead singer, while Brendan Harkin came aboard as the group’s new guitarist. Larry Gronsky left soon after, and guitarist Richie Ranno, who’d been a member of Stories, joined the group. The band briefly changed their name to Fallen Angels, and eventually became known as Starz. This version of the group leaned in a more heavy metal (and sometimes power pop) direction. Eventually, both Brendan Harkin and Pieter Sweval left the band, and Starz continued in the hard rock genre until disbanding around 1980, though the group has re-formed on and off over the years. Starz has often been cited as an influence by bands such as Motley Crue, Poison and Twisted Sister. After working behind the scenes in the music business, including as a music supervisor in the film industry, Elliot Lurie returned to performing live in the early 2000s.

“Brandy (You’re A Fine Girl)” continues to be heard regularly on pop radio and streaming channels. It’s often used in television shows and movies, including a memorable scene in Guardians of the Galaxy, Volume 2. The song actually had an impact on Barry Manilow’s 1974 hit “Mandy.” That song was called “Brandy” when it was originally recorded by British singer Scott English in 1971. When Manilow covered the song in 1974, the title was changed to “Mandy,” in order to avoid confusion with the Looking Glass hit. Massachusetts-based rocker Sarah Borges specifically references “Brandy” in her tune “Same Old 45s,” a song featured on her 2005 album, Silver City. The tale of Brandy and her wayward sailor has definitely taken on a life of its own.