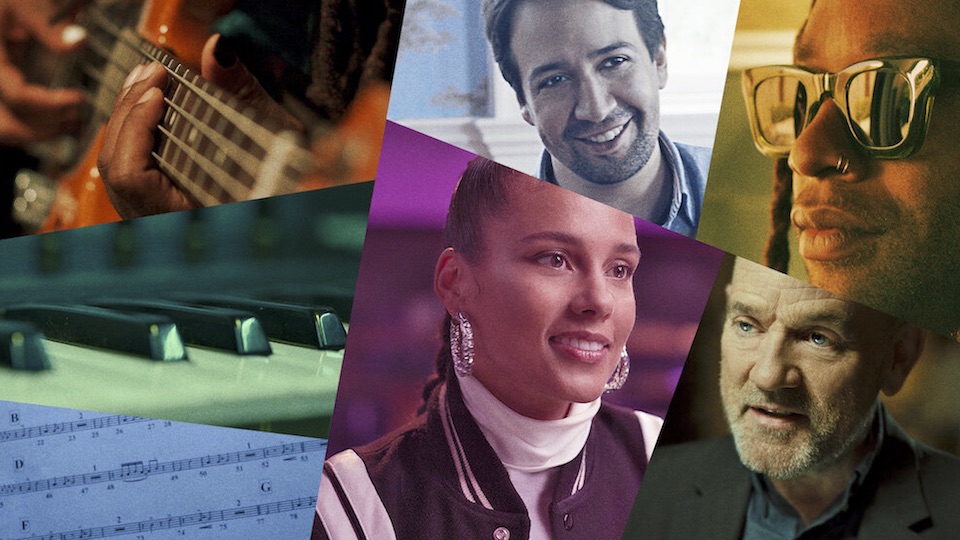 Sometimes, the story behind a song is even more intriguing than the song itself. Though the pros make it look easy, the songwriting process isn’t always as straightforward or glamorous as it appears, and the hits don’t always happen overnight. In October, Netflix set out to document the creative magic that occurs behind the scenes and in the recording studios when they aired Song Exploder, a short series that featured interviews with four wildly popular musicians.

A second season of the show — this time with Dua Lipa, Nine Inch Nails, The Killers, and Natalia Lafourcade — is slated for release later this month.

The original Song Exploder was born in podcast form in 2014. Hosted by Hrishikesh Hirway, a musician and composer himself, the biweekly show sat down personally with songwriters to “deconstruct” their work and take listeners step by step through a song’s creation — from original conception to finished product. Previous guests have included Iggy Pop, U2, Metallica, Weezer, and many more. The program even occasionally deconstructed theme songs to television shows like Bob’s Burgers, Downton Abbey, and Game of Thrones. But to take it a step further, Song Exploder upped the ante and rolled the film in 2020, launching onto Netflix with four new episodes, and putting the spotlight on Alicia Keys, Lin-Manuel Miranda, R.E.M., and Ty Dolla $ign.

Related: “Our Music Podcast Starter Kit: 5 You Need to Listen To“

“I think one of the things that has always been really important to me about Song Exploder is the feeling of intimacy that you get from the artist when they’re talking about what inspired their song and the decisions they made to bring it to life,” Hirway told NPR in October. “And there is, you know, this inherent intimacy in listening to somebody’s voice in headphones while you’re listening to a podcast — I think that’s why people love them so much. There’s another kind of opportunity for a different kind of intimacy when you actually can see the person’s face, when you can see them talking about these same kinds of experiences.”

To keep it interesting, the guests on season one offered viewers a wide range of musical tastes — from alternative to rap.

“‘Oh no, I’ve said too much, I haven’t said enough,’ that’s just textbook insecurity right there,” Michael Stipe, lead singer and lyricist of R.E.M said in his episode. Stipe recalled how he never expected “Losing My Religion” to be a hit and yet the song shot to the top of numerous charts upon its release in 1991.

“You never know how a song is going to come together,” said Alicia Keys, telling an incredibly personal, poignant story in her own episode. Keys had just given birth to her son when she hopped on a plane to London to work with producer Jimmy Napes. She teamed up with British songwriter, Sampha, who had recently lost his mother, and together the pair channeled their collective emotion into their music. The result was “3 Hour Drive,” a beautiful song about the circular nature of life.

The second season of Song Exploder promises to be just as fascinating as the last, with four new esteemed guests varying in genre and style. Layer by layer, the artists reveal the inner mechanisms and inspirations of their work.

“That’s me not knowing who I was anymore. I felt alone,” says Nine Inch Nails vocalist Trent Reznor speaking about the song “Hurt.” “When I finished it, I think I said ‘I’m sorry.’ Unexpectedly, it exploded.”

“To have four people be so in tune, to tap into the universe for a second, is magic,” says lead singer of The Killers, Brandon Flowers, noting the intense collaboration between the band members.

That magic shines at the center of Song Exploder, a series that dedicated music fans won’t want to miss.

The second season of Song Exploder will premiere on Netflix on December 15.

0 comments on ““Song Exploder” Reveals the Innards of A Hit”