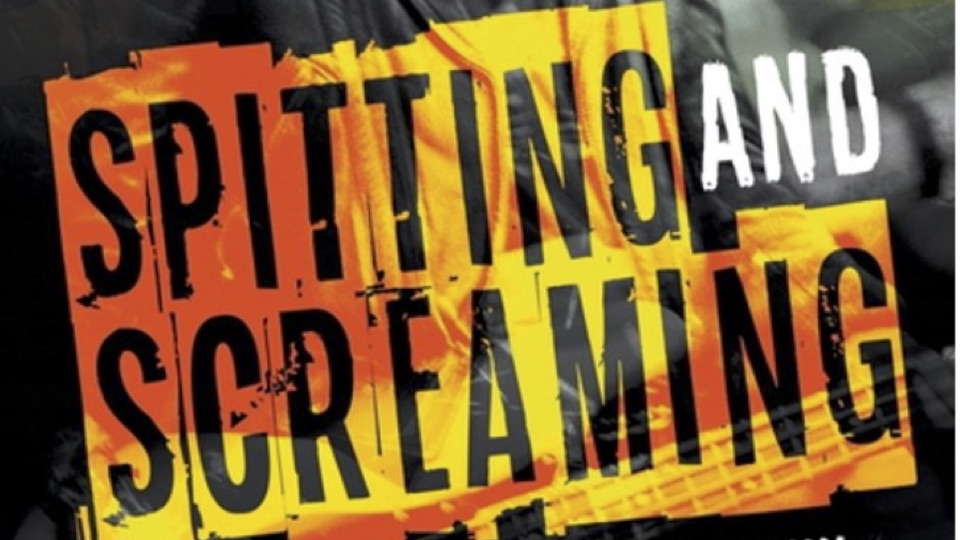 It’s fitting that Neil Saint calls his new book Spitting and Screaming, because punk used up a lot of spit, and did a lot of screaming. The Ramones and The New York Dolls channeled their anger to create fiery art, and when the punk movement made it over to London, it was re-packaged for a growing audience of music fans growing steadily tired of prog.

Written with passion, and delivered with tremendous respect for a genre that defied convention, Saint’s book goes through the years to offer a blueprint for British punk. The Sex Pistols, despite only recording one album, have become the most fondly remembered, but there were other bands that helped light the movement. The Damned started punk, not with a lofty apotheosis about racial inequality, but the sound of a drum barrelling through the cylinders. But that’s overlooking Wilko Johnson, a feisty guitar player who urged Dr.Feelgood to return to more primitive rock. We’re also not forgetting The Stranglers who showed that punk could facilitate a keyboard player, or The Clash, a guitar outfit determined to use their art for the people they represented.

There were many great punk bands, many of whom discuss their memories in the book.

Bassist Pete Briquette (The Boomtown Rats) remembers how dismal the social and economic conditions were in his native Ireland; guitarist Henri Padavoni (The Police) describes England as ‘Disneyland for rock and roll’, while The Damned’s Rat Scabies fashioned his drum style from listening to jazz records.

Punk offered an outlet to everyone from the musically gifted (The Jam, Buzzcocks) to the piercing and polemical (The Undertones, John Cooper Clarke), but passion was important for all. CultureSonar readers will be most interested in the interviews, but Saint offers a strong overview of a genre that didn’t discriminate amongst audiences based on background or university degree.

From the ashes of punk, John Lydon (formerly Rotten) emerged as its most celebrated player. An Irish man born in a London caught in crossfire and chaos, the singer used twenty years of aggression on the explosive “Anarchy In The UK”, a rollicking number that may have set the blueprint for Nirvana. After leaving The Sex Pistols, he founded Public Image Ltd., but he’ll always be best remembered for his many wonderful TV appearances. His first brush with notoriety emerged when he said “s***” on British television, before challenging luminaries Jimmy Saville and Piers Morgan. Most importantly, he was working class, and Lydon (not forgetting the other punk bands) made sure to remind listeners of the importance of their station following years of progressive performances.

But it’s not entirely about Britain: Marky Ramone pops around to give an insight into the New York scene. What started in New York soon developed into something crisper and more long-lasting in London, but both countries contributed to the genre. Lydon wasn’t the only Irish man who fronted a punk band, as Jake Burns — singer and songwriter for Stiff Little Fingers — recalls a time when Ulster could scarcely collect any bands, given the violence that was waging across the country. “They were either afraid to come,” he says, ” or they couldn’t get the necessary insurance to play.”

The lineage of punk can now be felt in such angry rock bands as The Libertines and The Strokes, but punk is best remembered as a piece of seventies history. So, whether it’s a Sid Vicious-like hair you’re after, or a Bruce Foxton-type bass, just remember that punk was based on attitude, anger, and acidity. Spitting and screaming came in handy too.

1 comment on ““Spitting and Screaming” – All About British Punk”