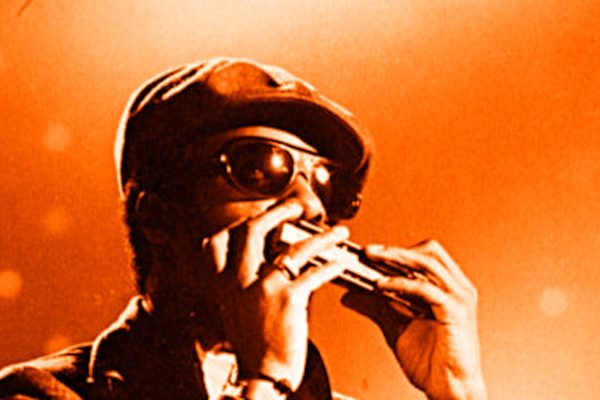 On the early morning of August 6th, 1973, Stevie Wonder’s past and future collided into him like an inescapable dream. Asleep with a seatbelt on, Wonder sat in the passenger seat of a rented 1973 Mercury Cruiser. His cousin John Harris was the driver. Both men were traveling from Greenville, South Carolina, where Wonder had played a concert there in support of his album, Innervisions, released three days prior. Near Durham, North Carolina, Harris drove up behind a truck loaded with tree logs. In a blink, things went awry: the trucker unexpectedly pressed his brakes. The two vehicles collided. Logs violently discharged from the back of the truck, with one plunging through the windshield of the car on the side where Wonder slept, striking him in his forehead.

Related: “The Wonder of Stevie”

With everything Stevie Wonder had achieved in his journey —from the hardships of his blindness and impoverished family life in hard-knock Saginaw to early stardom at Motown as a child prodigy, then breaking free from the label to blossom into a full-fledged genius with creative control  —it was inconceivable for anyone to foresee a tragedy occurring at the peak of such a career. It’s more distressing (even now) to fathom the world nearly losing him at the young age of 23. But he survived with a renewed sense of faith and personal strength.

This period of trauma, healing, and renewal birthed 1974’s Fulfillingness’ First Finale, a soul-searching call to the premonition he had shared during his world-weary 1973 hit, “Higher Ground:” “I’m so damn glad He let me try it again / ‘cause my last time on Earth I lived a whole world of sin / I’m so glad that I know more than I knew then / Gonna keep on tryin’ till I reach my higher ground.

As its unwieldy title and trippy cover art suggest, Fulfillingness’ First Finale marks a crucial turning point, where Wonder caps the “pre-accident” stage of his life and reflects on his reinvigorated awareness in the wake of his near-death accident. In assessing the album alongside his classic 1971-1980 run, it’s undoubtedly the most spiritual and intellectually enlightening, with an idiosyncratic bent that distinguishes it from the surrounding albums of that extraordinary canon. Throughout Finale, Wonder constructs an array of songs touching on various topics, moods, and styles, while consolidating them with a distinctive urgency unmatched by his preceding albums, Talking Book and Innervisions, or Finale’s sprawling follow-up, Songs in the Key of Life.

One of the album’s recognizable hits, “Boogie on Reggae Woman” (US Pop #3, R&B #1) is a playful ode to a man’s lustful desire for a woman who stimulates him through her enticing dancing. The song melds reggae (possibly Wonder’s first flirtation with the genre) and funk sensibilities, with saucy interplay between the boogie-woogie piano, Moog synthesizer bass, chicken-scratch guitar, harmonica, and harnessing the backbone of the shuffling groove. The Jackson 5-featured “You Haven’t Done Nothin’” (US Pop #1, R&B #1) tackles inner-city funk and spins a scathing indictment towards Richard Nixon’s seedy presidency. The album’s earnest closer, “Please Don’t Go” harkens back to Wonder’s straightforward pop-soul sound of yesteryear, with jubilant gospel flair.

Love and spirituality take on several shades within a melancholic context: both “It Ain’t No Use” and “Too Shy to Say” are devastating takes on heartbreak and unrequited love, while the meditative “Heaven is 10 Zillion Light Years Away” counterattacks non-religious critics who condemn the Christian faith. The album’s centerpiece moment comes with “They Won’t Go When I Go,” a dirge that doubles as Wonder’s reflection on his own mortality as well as his commitment towards salvation in the afterlife—in spite of others’ wickedness on Earth.

With repeated listens to this album, it’s not difficult to pinpoint how Wonder manages to cascade these wildly disparate songs into a cohesive whole. Sonically, there’s a warm, dreamy vibe that matches the album’s overall reflective mood. The album’s sequencing and editing are immaculate, as each song effortlessly transitions into the next. Even its subtle fade-outs are well-punctuated. Equally impressive is the decidedly expansive sonic palette that colors the musical textures. An upbeat ode to anti-drug escapism, “Bird of Beauty” dips into South American waters with a funky samba groove that has Wonder manipulating the tones of a Brazilian drum, the cuíca, to mimic a lively bird. “Creepin’” is unquestionably one of the most imaginative songs in Wonder’s catalog, in that its musical touches personify its mystical theme—listen closely to the echo-y Moog synthesizers that float in every space, the whimsical timbre of Minnie Riperton’s background vocal slithering under Wonder’s spaced-out lead, or the understated nature of the drum wallops. The inspirational opener, “Smile Please” gleams with joy, but there’s an undercurrent of sadness that’s triggered not just by the wariness of its “be glad to be alive” message, but the lush tones of Michael Sembello’s jazz guitar juxtaposed over the sunny Latin jazz atmosphere.

Given the oft-unmentioned circumstances behind its creation, Fulfillingness’ First Finale is cast as either a “black sheep” or “forgotten child” in Stevie Wonder’s catalog. While it’s the least accessible work from Wonder’s classic canon, it rarely receives the recognition commonly heaped upon other works from this period in his career. But when peeling away the layers of its sonic and musical idiosyncrasies, it reveals itself as an enduring masterpiece that holds up remarkably with anything Wonder ever made during his prime.