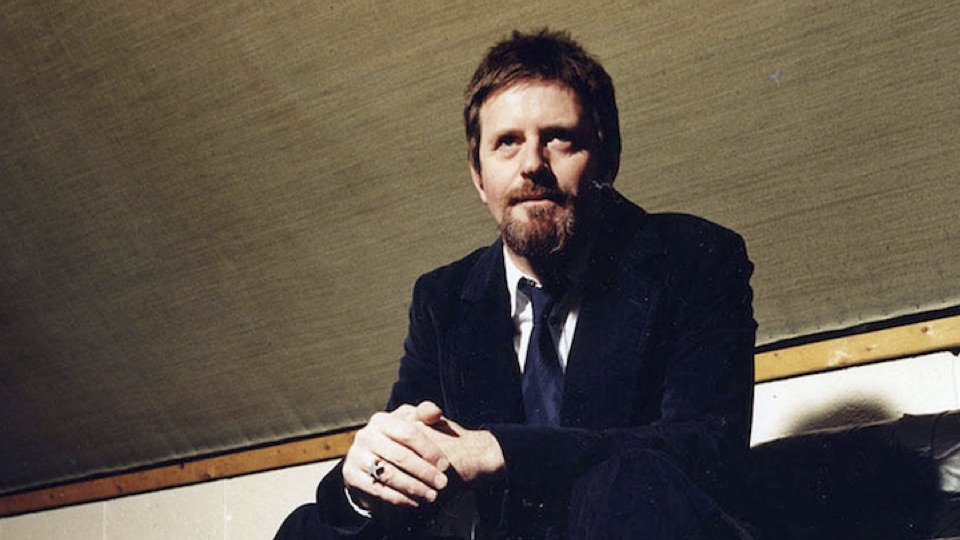 Green Gartside is a pop music leviathan that many have been influenced by, but sadly fewer could name. If you were going to point to any kind of heyday for Scritti Politti, it would be somewhere around the release of their album Cupid & Psyche ’85. It’s a collection of music that’s seen by many to be the pinnacle of ‘sophisti-pop’, a genre term that fell by the wayside at the turn of the 90s. On the surface, it seems typical of the Hot 100 of the mid-80s, but at the same time, it’s a huge subversion in the face of mainstream pop.

Scritti Politti is, for all intents and purposes, Gartside’s vehicle. It’s been his label since the late 70s, and since that time, the work he’s produced has moved through so many different genres and sounds that it’s genuinely hard to keep track. Most people will remember Scritti for that luxurious, intricate and sample-driven sound that took over the charts in the mid-80s. Perfect Way remains an enormously popular track for decade enthusiasts, and it’s not hard to understand why.

The core group around Cupid comprised of Gartside, synth maestro and producer David Gamson, and drummer Fred Maher. However, only a few years before, the line-up had been almost completely different. So too, had the sound. Gartside’s floaty, ethereal voice, on the whole, has been the only constant.

The name Scritti Politti is derived from Scritti Politici, roughly Italian for ‘political writing’. The genesis of the band centers around Marxism and philosophical meandering. Gartside, Nial Jinks, and Tom Morley helped to form the crux of the early band, whose music was intentionally disjointed, anarchic, and unlike anything you’d hear climbing the pop charts at the time. They were barely seven or eight years away from Cupid, and yet you couldn’t find two more audibly dissonant groups. The album that bridged the gap would be 1982’s Songs to Remember, which, while rooted in pop, still retained Gartside’s playful lyrics and an anti-establishment flavor.

Gartside has always been a perfectionist and a famous player with words. Even at his poppiest sound, he waxes lyrical about western philosophy. Songs to Remember and Cupid & Psyche are clearly labors of love, with the latter being one of the first records to make use of modern sampling. Every time you listen to a song from Cupid, you can follow a new instrument line and hear a new melody, or a new twist you hadn’t noticed before. Gartside’s lyrics, too, can be interpreted over and over and over again in curious new ways. Cupid played upon Gartside’s growing love of hip-hop, which would fully manifest in around 14 years’ time.

However, the height of the pop life was never the frontman’s cup of tea. Gartside had struggled with anxiety during the early days of the band, and after having a heart attack in his early 20s, was rather known for being fairly reserved. Promoting Cupid took its toll on the star, and while he spent the late 80s working with artists as diverse as Al Jarreau, Miles Davis and Chaka Khan, 1988’s Provision would remain one of his least favorite works. What’s more, he had grown tired of the promotion and contractual requirements that arrived alongside.

Provision had all the hallmarks of classic Gartside in terms of lyrics, however, the sound was softer and more appealing to a pop-hungry audience. While the band’s third commercial LP is still seen as the black sheep from Gartside’s perspective, it remains a cult favorite among fans.

From here, Gartside would take to exile of sorts, returning to his native Wales, only challenging the pop charts briefly with covers of The Beatles’ She’s a Woman and Gladys Knight’s Take Me in Your Arms and Love Me in 1991. He’d collaborate with the likes of the BEF, but we wouldn’t hear from Scritti again until 1999.

99’s collection, Anomie & Bonhomie, was an enormous diversion in the Scritti sound. Gartside was now fully immersed in hip-hop, working with the likes of Mos Def, Jimahl, and Me’Shell Ndegeocello to produce a record that the star was clearly passionate about pressing. Anomie is a record that’s bursting with character. There are hints of early Scritti lingering in the background – Gartside’s voice unchanged, and his lyrics still playful and musing – but the sound was intensively different. Anomie was an album that fused rap, hip-hop, and rock together in an eclectic patchwork.

Scritti Politti’s last full collection, White Bread Black Beer, a series of lo-fi, introspective tunes, received critical acclaim in 2006. He’d recruited a whole new band once more. It looked set to be Gartside’s phoenix moment. WBBB was nominated for the Mercury Music Prize, performing live on national TV. He’d returned to playing live elsewhere, too. A humble perfectionist to the end, I was lucky enough to have met him at Sheffield Leadmill, UK, in ’06 – where he’d asked me whether or not the set ‘sounded ok’. It had been, of course, brilliant.

Gartside was apparently persuaded to finally release Absolute, the first and only greatest hits collection Scritti Politti has ever produced, in 2011. Tellingly, very little from Provision made its way onto the disc. Two new songs, reuniting Gartside and Gamson, played the LP out.

Since then, Gartside has continued to play with various artists at small festival venues and intimate gigs up and down the UK, often playing unique material. As I write this, Gartside and Scritti Politti will be preparing to support Tears For Fears, on their return to UK stages, for a summer gig at Blenheim Palace.

While he grew tired of the pop scene and everything that came with it, Gartside has continued to produce the music he loves – without the pressure of Scritti’s heyday. It’s likely we’ll never truly hear the last of Green Gartside – whether or not an oft-teased new album between him and Gamson ever materializes. With six albums and a greatest hits collection to explore, their back catalog is ripe for re-listening.

6 comments on “The Complicated World of Scritti Politti”