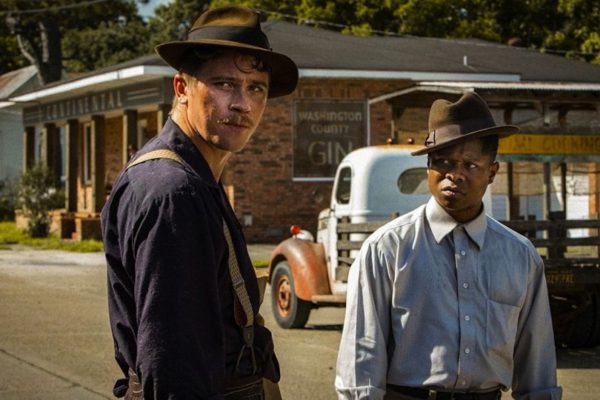 In 2015, Netflix spent $12 million on the Idris Elba drama Beasts of No Nation. (Smart move considering Elba went on to get a Screen Actors Guild Award for the movie.) And since then, Sundance has been the El Dorado for streaming sites mining for cinematic treasures. Stepping up their game in 2017, Netflix dropped tens of millions to fill its coffers with exclusive content. Nabbing features and docs that span quite diverse demographics, Netflix rolled the dice on over a dozen flicks to keep subscribers happy in the coming year. Here’s what you have to look forward to.

1. I Don’t Feel at Home in This World Anymore (Premieres Feb. 24)
Director Macon Blair took home Sundance’s top prize with his absurdly funny and graphically violent debut about a nursing assistant (Melanie Lynskey) and her oddball neighbor (Elijah Wood) tracking down petty criminals. The Hollywood Reporter praises the film for oscillating “between foreboding, menacing hilarity and absurdity without ever feeling incongruous.”

[amazon template=right aligned image&asin=B00E1LQEFE]2. Burning Sands (Premieres Mar. 10)
Gerard McMurray, a producer for Fruitvale Station, drew on his own personal experiences — and the talents of Moonlight‘s Trevante Rhodes — for this fraternity hazing flick set at an historically black college. According to Indiewire, “the film is an ode to brotherhood,” even if the characters don’t fully grasp that word’s meaning until the very end.

3. Deidra & Laney Rob a Train (Premieres Mar. 17)
Navajo transgender filmmaker Sydney Freeland returned to Sundance with her teen comedy Deidra & Laney Rob a Train. (Her last film there was Drunktown’s Finest in 2014.) Regarding her recent entry, Indiewire describes the train heist flick as “Thelma and Louise by way of the Disney Channel” while also celebrating its diverse cast and strong female leads.

4. The Discovery (Premieres Mar. 31)
After a scientist discovers the afterlife, his son falls in love with a mysterious woman in this sci-fi drama from writer-director Charlie McDowell (The One I Love). Variety describes it as “serious-minded, human-scaled,” and comparable to the work of indie-auteur Jeff Nichols (Midnight Special). Robert Redford, Jason Segel, and Rooney Mara co-star.

5. Casting JonBenét (Premieres Apr. 28)
Director Kitty Green, a winner of Sundance’s Short Film Jury Prize in years past, centers her unconventional doc around actors auditioning to play the Ramsey family for filmed reenactments. The Wrap calls it “unsettling and unnerving” and “a bold attempt to do something new with the nonfiction format.”

6. The Mars Generation (Premieres May 5)
Another top doc at Sundance 2017, The Mars Generation follows a group of young, aspiring astronauts to NASA Space Camp in Huntsville, Alabama and explores the challenges that come with getting humans to The Red Planet one day. Science all-stars Bill Nye and Neil deGrasse Tyson also appear.

[amazon template=right aligned image&asin=1921844140]7. Berlin Syndrome (Premieres May 26)
Aussie director Cate Shortland delivers the latest woman-locked-in-a-room-by-a-creepy-dude movie. (Remember Room or 10 Cloverfield Lane?) Based on Melanie Joosten’s novel, the story deals with a photojournalist imprisoned in a Berlin apartment by her obsessive admirer. The Verge notes that it “highlights the resilience of strong, powerful women, and points to female solidarity as a critical factor in breaking cycles of abuse.”

8. Joshua: Teenager Vs. Superpower (Premieres May 26)
A Hong Kong teenager fights against the Chinese government while working for democratic school reforms in Joe Piscatella’s activist doc. Notes The Hollywood Reporter, Piscatella presents “a rousing documentary on a youth movement” that’s on a perhaps quixotic quest for change.

[amazon template=right aligned image&asin=B00P0DMZGY]9. Nobody Speak (Premieres Jun. 23)
Brian Knappenberger (The Internet’s Own Boy) explores celebrity culture and the freedom of the press in this non-fiction film about the Hulk Hogan vs. Gawker trial. The Washington Post named it “the scariest movie at Sundance” for drawing attention to the lawsuit’s future implications for wealthy litigants shutting down unfavorable press.

10. To the Bone (Premieres Jul. 14)
Netflix picked up Keanu Reeves’ anorexia drama for $8 million. RogerEbert.com praises both Lily Collins’ performance as a woman struggling with anorexia and writer-director Marti Noxon’s refusal to “pullback from showing how life-threatening these disorders can be.“

11. Chasing Coral (Premieres Jul. 14)
Jeff Orlowski’s latest won the Audience Award in the U.S. Documentary Competition for bringing the audience face-to-face with the mass destruction of coral reefs. Nick Allen at RogerEbert.com hails the pic as “a landmark film for activism” and cites its passion, humor, and adventurous spirit.

12. The Incredible Jessica James (Premieres Jul. 28)
A mature drama about a playwright on the rebound, the film stars former Daily Show correspondent Jessica Williams and Irish love-interest Chris O’Dowd (Bridesmaids). Indiewire highlights the charm of Williams “who pushes the material to a higher register…If you’re going to build an entire film around one actor, Williams is a pretty safe bet.”

13. Icarus (Premieres Aug. 4)
Winner of the Orwell Award, Icarus delves into the Russian doping scandal through the eyes of a comedian/bicycling-enthusiast. Bryan Fogel’s self-experiments with performance-enhancing drugs eventually lead him unbelievably into the center of international intrigue. Comparing the tone to 2016’s Weiner, USA Today dubs this one likewise “a sometimes funny, entirely shocking account.”

PS. For a look at two other films getting a lot of attention right now, check out our posts “Moonlight”: A Heartbreaking Meditation on Masculinity, Sexuality & Race and Here’s to the Ones Who Dream: The Magic of La La Land.