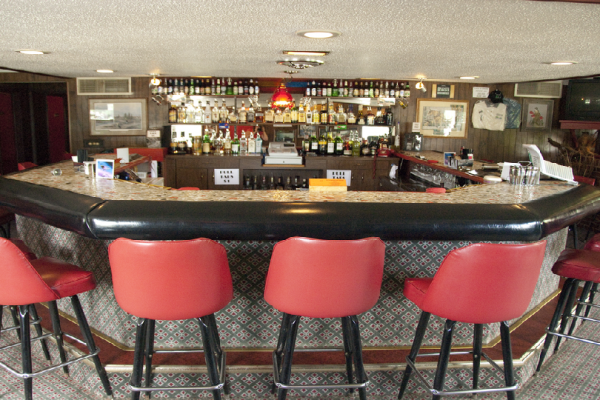 Charm. Nostalgia. Brandy old fashioned’s. Wait…what? Check out this quirky little documentary called Old Fashioned: The Story of the Wisconsin Supper Club. I grew up in the Midwest, in Ohio. I don’t remember supper clubs like these, but we had small, family restaurants that looked pretty similar. Friendly, good food and, of course, cocktails. With Prohibition in full force, roadhouses in Wisconsin started out to circumvent the restrictions. Located in the country, in out-of-the way places, they provided a way to defy the ban on alcohol. After prohibition was repealed, the first establishments to receive liquor licenses were, you guessed it, places that served food. The roadhouses turned into supper clubs. A bar remains of the utmost importance in the supper club. Supper clubs were also one of the first places women could order a drink and not receive nasty looks and comments. A crucial step in their evolution to convivial, friends and family gathering places.

As the documentary’s website so beautifully describes it: “Supper club restaurants were the hot dining trend in the mid twentieth century. They provided a place for people to spend their evenings enjoying cocktails, home cooked, high quality food and entertainment. The supper club scene slowly faded from the rest of the country, but kept a strong hold in Wisconsin due to a culture that allowed it to thrive. Around for decades, supper clubs in Wisconsin have been able to hold their own style and traditions. While chain restaurants continue to expand and threaten their future, supper clubs are fighting to survive while continuing to offer the same exceptional dining experience and a personal touch that is not seen in the modern lifestyle of dine and dash. Old Fashioned: The Story of the Wisconsin Supper Club takes you into this uniquely Wisconsin institution.”

The music in this film is so evocative and perfect. Where did they get it? Nearly all of the music was composed and performed by the talented jazz band leader, Glenn Crytzer. Glenn’s original compositions, done in the classic big band style, provide energy and consistency to the film. They also put the viewer in the mood for a classic night out as much as the architecture and decor of the supper clubs themselves do. So download the film, invite some friends over, mix up a brandy old fashioned and settle in. It seems like we might be ready for a revival. With craft cocktails and farm to table food, sounds like a Wisconsin supper club moment to me.

0 comments on “A Taste of Supper Clubs”