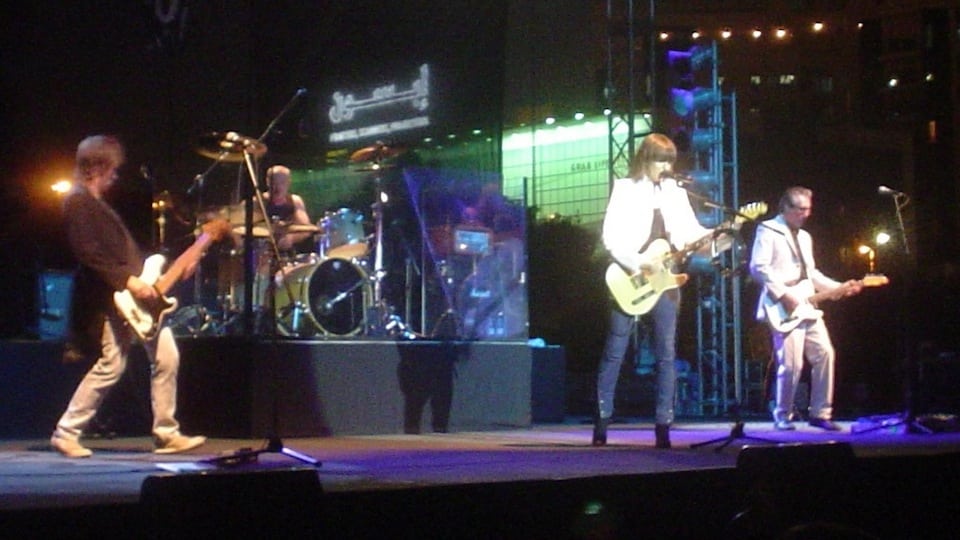 Summer is the time for outdoor concerts and heavy touring by various music acts. But if, like me, you’re not up for the sweaty crowds, beer spilled in your hair, and impossible parking situations, this season is a good time to connect with your rock roots through a bunch of fantastic reads. Here are ten new (and new-ish) books to check out:

• Rich Cohen’s The Sun & the Moon & The Rolling Stones
The latest in the cottage industry that is The Stones. Cohen is a contributing editor to Vanity Fair, a co-creator of the HBO series Vinyl, and toured with the band in the 1990s. He’s also been more than obsessed with the band since he was a kid, so the book combines plenty of “nerd” with his critical reporter’s eye.

• Warren Zanes’ Petty: The Biography
Zanes has worked with Petty and is a personal friend, so he’s a natural for getting the real story straight from one of music’s biggest names. From Petty’s days growing up in Florida, to his work with the Heartbreakers, The Traveling Wilburys and beyond, it’s a truthful, unvarnished glimpse into a complicated rock life.

• Chrissie Hynde’s Reckless: My Life as a Pretender
As outspoken in print as she is in real life, the iconic singer looks back on nearly four decades in music. She shares a harrowing journey from her Ohio upbringing to the streets of London, pulling no punches on what it’s like to be a woman in rock — specifically, Chrissie.

• Andy Partridge’s and Todd Bernhardt’s Complicated Game: Inside the Songs of XTC
The frontman of one of the 80s quirkiest, most beloved groups gives insight to thirty of their best songs. But there’s also plenty of dish on his band-mates, the craft of songwriting and the peculiar life of being an under-the-radar pop star. Bonus: Partridge also gives readers a funny “guided tour” of his Swindon hometown.

• Moby’s Porcelain: A Memoir
The acclaimed DJ of the ’80s and ’90s reflects on finding his way in a New York City club scene that frequently rejected him (he was spat on more than once). How did a Christian, vegan, teetotaler from Connecticut maintain his vision in the hedonistic era of Limelight and Twilo, to create the multi-million-selling album, Play?

• Sir George Martin’s All You Need Is Ears
Although it was released in the ’90s, the death earlier this year of Martin makes this worth a revisit. He recounts taking on four rough but eager “lads” and guiding them through their earliest recordings to masterpieces like Sgt. Pepper’s Lonely Hearts Club Band. A wonderful inside look at their unlikely relationship – and the making of the music itself.

• Patti Smith’s M Train
The punk goddess follows up the memoir of her time with Robert Mapplethorpe (Just Kids) with another deep dive into her creative journey. Smith takes us from a visit to Frida Kahlo’s home in Mexico, to the graves of Rimbaud and Plath, to the Greenwich Village coffee shop she visits each morning, in a book she describes as “the roadmap to my life.”

• John Doe’s and Tom DeSavia’s Under the Big Black Sun: A Personal History of L.A. Punk
Who better to explore the West Coast punk scene, circa 1977-1982, than one of its architects? John Doe (X) narrates tales from those who lived through this complicated mashup of music, pop culture and Hollywood. Contributors include Jane Wiedlin and Charlotte Caffey (The Go-Gos), Dave Alvin (The Blasters), Exene Cervenka (X), Henry Rollins (Black Flag) and many more.

• Bob Mehr’s Trouble Boys: The True Story of the Replacements
They were one of the great indie bands of the ’90s — and in true rock n’ roll fashion, crashed and burned through addiction and infighting. They famously called it quits in front of 20,000 fans at a Chicago gig, handing their instruments to the road crew and disappearing. New interviews with friends, band and family members, and founder Paul Westerberg himself shape this definitive look at a groundbreaking band that influenced groups including Nirvana, Green Day, and The Wallflowers.

• Robert Burke Warren’s Perfectly Broken
And now for something slightly different. One of our regular contributors has penned this great novel about what happens in the life of a rock star – once he chucks it all in and moves his family to the country. He may not be “livin’ after midnight” any longer, but the ghosts of his former life die hard.

Photo Credit: Public domain image of Chrissie Hynde and The Pretenders in Dubai.