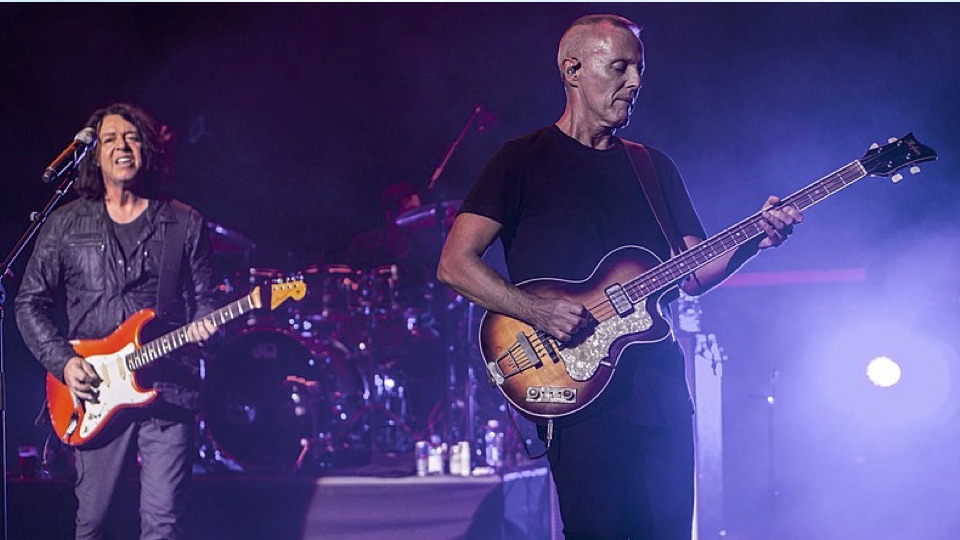 Plenty of great artists from the 1980s have enjoyed renaissances later on in their careers. Some, like Duran Duran or A-Ha, never really went away. Tears For Fears, meanwhile, have enjoyed a quiet rise from the ashes, so to speak, on more than one occasion. Their songs have proven effortlessly coverable, with both “Mad World” and “Everybody Wants to Rule the World” and remain some of the most re-worked pop songs of the past few years. But when it comes to actively returning to the masses, bringing Roland Orzabal and Curt Smith back together again has always been a little bit of a struggle.

The stories of the duo’s feuds behind the scenes at the height of their fame are well-documented – which is why it surprised plenty of us when they came back together again to produce a new album after meeting for routine paperwork in the early ’00s. The album that had split the duo apart was 1989’s The Seeds of Love, a rollercoaster of an LP that proved the group to be more avant-garde and experimental than many would have expected. After all, up to this point, Smith and Orzabal were best known for their massive radio hits in “Shout” and “Mothers Talk,” not the ethereal musings of “Standing On the Corner of the Third World.”

What set TFF apart from other pop groups of the time was ambition. Smith and Orzabal were two halves of the same whole – when they were willing to work together – and you can see their creative progression through their three very distinct albums of the 80s. The Hurting, released in 1983, was a deep, brooding, sorrowful outpouring of angst bolstered by catchy synths and capable vocals 1985’s Songs From The Big Chair proved to be their most iconic LP, where we got hits in the form of “Shout,” “Everybody” and – of course – “Head Over Heels.” This selection of tunes carried the same intensity of the first collection, only the production was sharper, and it seemed the duo were ready to face the world of pop perfection.

Related: “Stranger Things: Taking You Back to the Summer of ’85”

The Seeds of Love was an album no one really expected. However, it performed phenomenally well. Blending together tastes of early Beatles, freeform jazz, and ambient soundscapes, it’s often been alleged that Seeds was largely Orzabal’s baby. You’ll hear his vocals on the majority of tracks, though Smith has the spotlight with “Advice For The Young At Heart.” TFF had evolved from pop perfectionists into whimsical, introspective, modern-day poets. However, this situation wasn’t to last – the pair simply weren’t playing well together.

By 1993, Orzabal had become Tears For Fears. He and Smith had reached a boiling point behind the scenes during the production of Seeds, which led the latter to leave the band outright. He’d come back with his own music under his own name, and with another band, Mayfield, but Orzabal intended to continue the label. Elemental was a rockier, groovier soundtrack to his poetry, giving TFF one final big hit in the form of “Break It Down Again.” He’d produce another collection, Raoul and The Kings of Spain, in 1995 – which sadly failed to do the same business he and Smith had cultivated a decade before.

Smith and Orzabal’s back catalog is more than diverse – each LP is wildly different in tone and style. There seems to always have been more focus on the poetry in the lyrics than the style to the music. That’s no bad thing. Some of their work is elaborate and sometimes obtuse, but they’ve always known how to write a catchy tune. However, the famous animosity between the pair would always drive a wedge into any hopes fans would have of there being more collaborations in the future. Orzabal would record an album under his own name, Tomcats Screaming Outside, for release in 2001 – two years later, he’d be back in touch with Smith, at least for professional reasons.

It’s thanks to the cult movie Donnie Darko that TFF not only saw a renaissance of interest in their music, but also the chance to come back together. The movie famously used Michael Andrews and Gary Jules’ version of “Mad World”, as well as the full single version of “Head Over Heels.” People were talking about TFF again, and the paperwork they had to collaborate on actually led the pair to come back to sign a record contract.

Everybody Loves a Happy Ending was a 2005 LP that was knowingly titled. While Smith and Orzabal may not have been the friends they were at school, they at least knew how to continue working together. They embarked on a number of tours, and a hit in the form of “Closest Thing to Heaven” rose from the LP. It’s a very upbeat, Beatles-inspired record – maybe a little too peppy for listeners who have always expected deep, intense, and dramatic poetry from the pair.

Things, however, then went quiet again. Rumors surrounding a new album, more tours and the like never came together. That was, however, until the duo re-emerged, perhaps invigorated by this decade’s current thirst for the music of the 70s and 80s. Plans for a full tour of the UK stalled due to medical issues behind the scenes, though the release of a new greatest hits collection, Rule The World, did enough to, once again, remind the world that TFF existed.

Rumors continue to brew as to whether or not the pair will record a new album of songs, though for now, fans are happy to just take the pair as they are. It seems that, once every ten years, the world remembers that Tears For Fears exists – and regardless of the infighting from years gone by, both Smith and Orzabal are always ready to throw something exciting at us. Long may it continue!

2 comments on “Tears for Fears: Sowing the Seeds…of A Rebirth?”