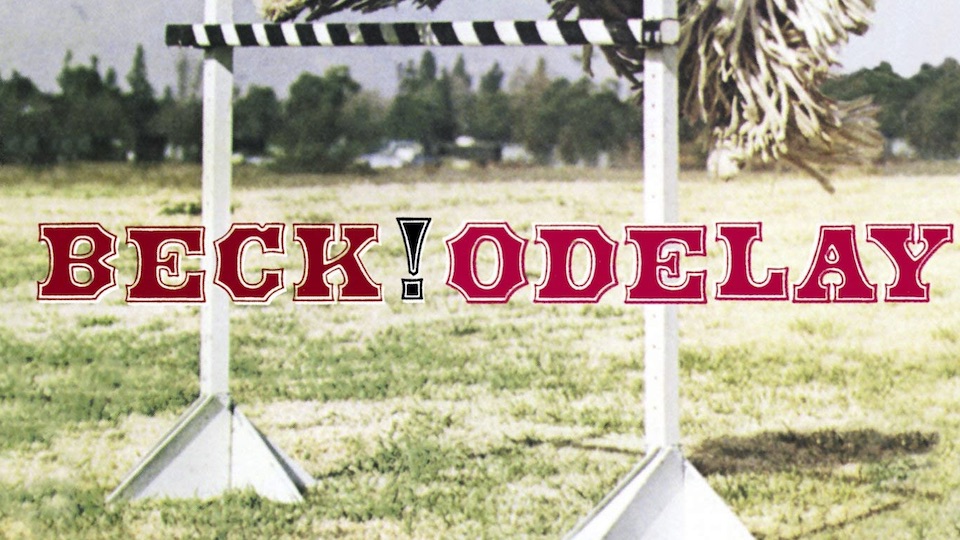 Nobody is going to say that recording studios aren’t wonderful things. From Muscle Shoals to Stax and Sun Records, music history is littered with inspiring locations. Albums recorded away from this traditional setting, however, can often provide a creative release for the musicians involved. It can generate a sense of freedom and innovation which might never have otherwise surfaced. Here are ten worthy records laid down in unusual locales. In true CultureSonar spirit, we’ve listed below a mixture of old favorites and new additions which deserve to be added to the canon.

Beck is a musician whose meteoric rise to fame proved a little too fast. The music press whipped itself up into a hyperbolic frenzy during Beck’s early career, only to prove eager to tear down the statues they’d erected at the first sign of burnout. “I’m constantly trying to prove myself,” said the man himself. Prove himself he did with Odelay, a multi-million selling record which, perhaps more tellingly, regularly features in any “greatest ever albums” round-up. This set was recorded in a single small room at the home of producers The Dust Brothers. With its highly infectious mix of big beats, trippy vibes, memorable guitar hooks and imaginative arrangements, Odelay constantly entertains and surprises.

Recorded partly in Dylan’s own house, partly in the basement at Big Pink (the large rental property where members of The Band lived), this is another album that crops up in many a “best ever” publication. The original album was recorded in 1967, during a period when Dylan was largely out of the public eye, though it was not released until 1975. This record comes with a long and complicated back-story, which we’ve no time to go into here. What matters is that this counts as one of Dylan’s finest – a wonderfully loose and astonishingly creative set played by fabulous musicians on top form.

“They couldn’t recreate those recordings,” says David Boyd of Hut Records, referring to Gomez’s Bring It On, “because they’d done them in one of their dad’s garages on the four-track, and just after they’d finished doing the last one the thing broke.” It’s an incredible tale: four young lads from Southport, UK, in the space of a year, go from home-recording with no intention of making an album, to winning the Mercury Music Prize. What’s more remarkable is that those home recordings of inspired, shambling blues-rock essentially formed the winning album. “We decided it needed a little bit of mixing and embellishment,” says Boyd, “but not a lot, and they trotted off to Liverpool to do the touch-ups, but to all intents and purposes that was Bring It On.”

Springsteen, of course, has recorded a host of excellent albums, but no other quite like the dark and atmospheric Nebraska. Springsteen originally recorded these songs as home demos, intending to work them up later with his backing group, the E Street Band. In the end, though, he decided they should stand as they were. Nebraska remains one of the most unexpected albums ever recorded by a major star at a big label (Columbia). The music here is not commercial, but it is brilliant. A stark and somber beauty runs through Nebraska, the power of which largely rests on the abilities of one man and his guitar.

This rambling, ramshackle double album by the Rolling Stones is the product of chaotic recording conditions. The band decamped to a rented villa in the South of France, working from a mobile recording studio as and when they liked, with sessions frequently carrying on through the night and personnel changing daily. The group was living as tax exiles at the time, a fact which, according to Mick Jagger, infused the record with a defiant, “runaway outlaw” ethos. The tracks were completed with overdubs in a Los Angeles studio, but the meat of the songs came out of those wild and free sessions at the villa. “Rocks Off,” “Tumbling Dice” and “Ventilator Blues” stand among the best that the Stones ever recorded.

Singer-songwriter Damien Jurado is never less than interesting; an eclectic talent who has veered from lo-fi folk to bombastic, space-age rock. 2021’s intriguingly titled The Monster Who Hated Pennsylvania saw him turn again, in a quest to deliberately re-create the do-it-yourself, home-spun ethos of  Paul McCartney’s Ram (another album which could easily have made this list). Multi-instrumentalist Josh Gordon contributes bass, guitar, drums, percussion, and keys. The results are intimate and charming. Jurado’s lyrics are always thought-provoking, his compositions adventurous yet accessible. There are enough rough edges present to remind you that this is a purposefully DIY album, but those edges only add to its beauty.

An album and a song etched deep into popular music mythology. English rockers Deep Purple, seeking to replicate the energy and feel of their live shows, booked the Rolling Stones Mobile Studio with the intention of recording at the famed Montreux Casino music venue in Switzerland. Fate, Frank Zappa and an ill-advised flare changed that plan when, during Zappa’s concert at the same venue, a fire broke out which resulted in the structure burning to the ground. Deep Purple subsequently took over the nearby Grand Hotel, which was closed for the season, converting one of its rooms into a suitable space. The frenzied power of the results has weathered well. “Smoke On The Water” alone, with its classic opening riff, would have merited the album a mention on this list. That memorable song is a direct reference to the fire which set things in motion.

Indie-rockers Seven Purple Tigers’ self-titled debut will be a record new to many but the duo, which consists of American Austin Horn and German Phil Dyszy, deserve their place here. Horn and Dyszy record in a makeshift home studio; “a lovingly repurposed defunct restaurant of an inn.” They offer up an intriguing mix of styles in this set, with an irrepressible funk vibe dressed in a sparkling Brit-Pop sheen. You’ll hear echoes of a lot of great bands from a variety of countries over the eleven eclectic tracks. More than anything, though, you’ll hear inventive songwriters with a broad imagination at work. Seven Purple Tigers should be better known than they are. Don’t bet against that happening one day soon.

Led Zeppelin were already major stars by the time they came to record IV (or Four Symbols, as the album is sometimes known) but this is the record that would have alone secured their legendary status in the annals of rock ‘n roll. “Stairway To Heaven,” “Rock and Roll” and “When The Levee Breaks” are all here, the latter featuring some of the most memorable (and most sampled) drumming in music history. Zep IV was recorded at Headley Grange, a three-story stone building in Hampshire, England, using the Rolling Stones Mobile Studio set-up. The structure and its grounds, which were originally used as a workhouse for the poor and orphaned, clearly brought something special out of the band.

Tragic circumstances preceded the recording of the underrated Sparklehorse’s Good Morning Spider. In the middle of a successful tour supporting Radiohead, Mark Linkous, the driving force behind Sparklehorse, collapsed after consuming a mixture of anti-depressants, alcohol, and other drugs. Linkous recovered, but found himself wheelchair-bound for six months and requiring dialysis. It was during this time that he worked on Good Morning Spider, in a home studio he constructed on his Virginian farm. The results, from the all-out sonic assault of “Pigs” to the stomping “Sick Of Goodbyes” and the gentle “Sunshine” are more upbeat than might be expected. Good Morning Spider may have been born out of distress, but there is much beauty here to enjoy.