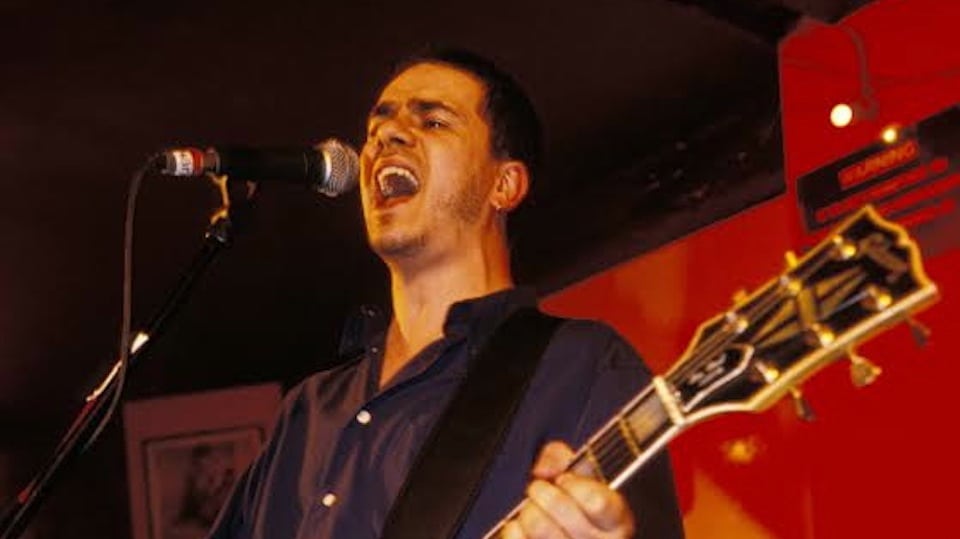 In 1996, Lewis Taylor was heralded as the next big new major British artist, getting praise from giants like Elton John and David Bowie. By the time he released The Lost Album in 2006, he was on the verge of a major breakthrough. Then he disappeared. But it’s an interesting story as to how he “almost” got there.

Born Andrew Taylor in London 1966, the multi-instrumentalist musician got his first professional gig at the age of 20 as a touring guitarist with the reformed, blues-rock Edgar Broughton Band in the ‘70s. Simultaneously, he released two experimental indie rock albums under the moniker Sheriff Jack — Laugh Yourself Awake and What Lovely Melodies, both on Midnight Music, a label which also represented Robin Hitchcock. But by the end of the ‘80s, Taylor was taking a break to figure out his next move.

Remerging (and rebranded) as “Lewis Taylor” in the ‘90s, the artist got his demos heard by the bigwigs at Island Records then was immediately signed. Thinking they had the next Al Green on their hands, Island promoted his stylish self-titled debut without fully understanding that Taylor had the eclecticism of Shuggie Otis and the temperament of D’Angelo. Even as Elton and Bowie trumpeted his unique talent, the publicity did not translate to sales or airplay.

Taylor’s reaction was to ricochet in a different direction — this time diving headlong into an angry psychedelic soul. Co-written and co-produced with his partner Sabina Smyth, the new tracks were rejected by Island (more on this shortly) so Taylor regrouped again and put out a sophomore LP: the groovy soul-folk Lewis II. Not only did a U.S. release not happen but Island dropped him soon thereafter.

As the 2000s progressed, Lewis toured England thereby building up a fan base big enough to justify his forming his own label, Slow Reality which released his own “limited edition” recordings at gigs: Stoned – Part I (2002) andStone Part II with the former featuring the track “Send Me an Angel” (from his aborted post-debut sessions) and the first recorded version of “Lovelight,” which Robbie Williams went on to cover on 2006’s Mark Ronson-produced Rudebox. (The latter version was a Top 10 hit in the UK.)

Related: “What Do You Mean You’ve Never Heard of Terry Callier?

By 2003, Taylor and Smyth decided to revisit those scrapped late ‘90s tracks, re-record them, and re-arrange them. His self-released, “new” Lost Album dropped in late 2004. When US indie label Hacktone Records heard it, they signed  Lewis then formulated a plan to relaunch his career stateside. But that never happened. Before we examine what happened, I need to talk about the sheer perfection of The Lost Album. (For those in the know, I’ll be referring to the Hacktone release rather than the Slow Reality one as the American release gets the track listings right.)

The LP title is a double entendre referring as it does to the album finally being rediscovered as well as the lyrical content which reflects a confused, disoriented, and insecure state of mind. For me, The Lost Album is almost willfully hidden and creates an out-of-body experience akin to being lost in a given moment.

There’s a depth and splendor that gets richer with repeated plays, especially on a track like “Listen Here.” Opening with a beautiful harpsichord lick that constantly changes time for the first 50 seconds, Lewis’ voice slides in singing, “Show me a fool who believes it. Is it a fantasy? Is it real?” then as the song struts its Rundgren-esque groove, you become immediately lost in this new world. “Hide Your Heart Away” and “The Leader of the Band” — led by guitar and piano respectively — are cut from the same power-pop cloth, but where “Hide…” revels in its heartache, “Leader…” flushes with a newly discovered love. Additionally, a new version of “Send Me An Angel” is turned into a Texas swing a la k.d. lang.

Ultimately, the lynchpin of this album is “Let’s Hope Nobody Finds Us,” a tune which finds Lewis using Brian Wilson as his guidepost to summon the conflicted state of feelings that come with being isolated in a friendly crowd. And it’s not the only bit of angst on the album either.

Personally, I want to cry whenever I hear Lewis wring the desperation and loneliness out of a lyric like “You got to understand nobody knows where I’ve been, not even me” on “Please Help Me If You Can” even as I’m paradoxically uplifted by how the overall song makes me feel.

Had Hacktone listened deeper to this album, they might have realized that Lewis was writing a goodbye letter. After playing a sold-out show in New York City (and on the eve of the US release of The Lost Album), Lewis got on a plane, canceled the rest of his tour, and quit the music business. That was twelve years ago. Many rumors have floated out there about what he’s doing now. (My favorite is that he’s currently a plumber.) And no one really knows what truly happened, but if he never records again, that’s okay. He went out at the apex of his career and why begrudge a man for creating a neo-soul masterpiece. Seek out The Lost Album yourself and be thankful.

5 comments on “The Mystery Behind Lewis Taylor’s “Lost” Album”