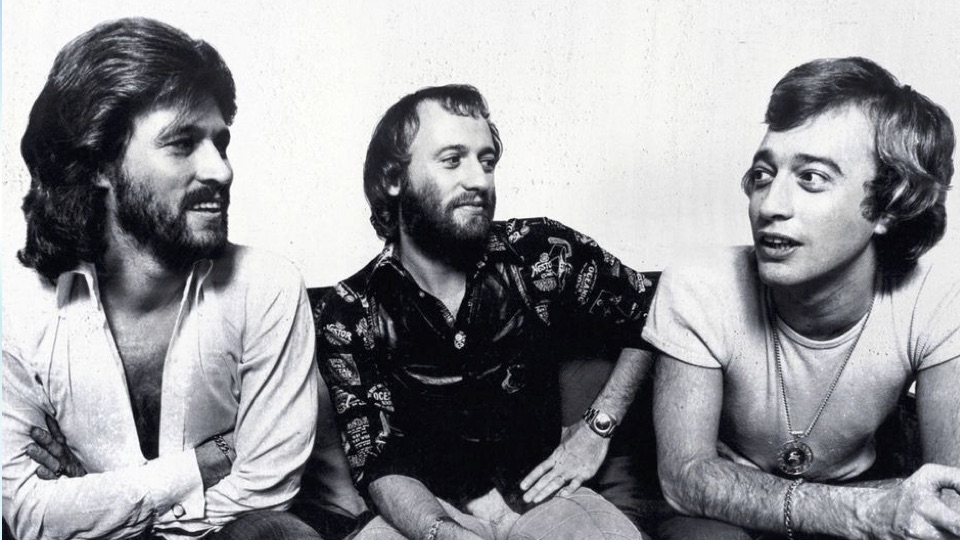 In 2011, the documentary The Story of the Bee Gees skimmed through the journey of the Bee Gees, mainly focusing on their music, albums, and tours. In a short forty-five minutes, you weren’t treated to much insight into Barry, Maurice, or Robin, or the personal journey the three very close brothers undertook. Now, in How Can You Mend a Broken Heart — just released on HBO Max — we still get to hear the band’s most popular works, but we also spend more time peeking into what it meant to be a Bee Gee. Along the way, guests such as Justin Timberlake, Noel Gallagher, Nick Jonas, and Chris Martin provide contemporary commentary. In the end, this is a story of loss. “Someone’s always left in the end,” Barry Gibb laments early on in the film, referring to his status as the only surviving Gibb brother.

All born on the Isle of Man, the Gibb family moved to Manchester, England in 1955. Robin and Maurice were twins, though they humorously considered themselves triplets. The trio eventually started a teenage act and performed along the coast of England in various small venues before the family relocated to Australia. Their father initially performed as their drummer, but he quickly became the band’s manager as they began to book more shows.

In 1967, the Bee Gees released Spicks and Specks to slight success. Their father approached Brian Epstein, the manager of The Beatles, but he declined and sent them to Robert Stigwood. Stigwood, who also managed Eric Clapton’s band Cream, took interest because he was from Australia as well. In the documentary, Clapton now laughingly admits to being jealous that Robert Stigwood began to show more interest in the Bee Gees. Stigwood signed the boys to Polydor Records and sent them to a studio to record when the building suffered a blackout. In a dark staircase, Barry began strumming chords and describing the loneliness of being in the dark, waiting. The three brothers worked on lyrics which became their first modest hit “New York Mining Disaster 1941.”

The film takes us through their next three albums but detours to provide some insight into each brother. Robin was painfully shy, but also the goofball of the trio. Barry was the most confident and wrote many of their largest hits, which caused conflict between him and Robin; both brothers wanted to sing lead. And Maurice was the peacemaker, who often carried messages between his two arguing brothers. Andy Gibb — the fourth musical brother — was far younger than the other three, though he did start his own band and began playing small venues.

In 1969, due to continued internal arguments, Robin quit the band and ventured out to tour solo, but venues often incorrectly booked him as the Bee Gees. A shocking moment from the movie is a clip of a live show in Auckland, New Zealand, which shows a large audience booing loudly as Robin tries to sing, with some audience members even charging the stage.

The documentary reveals that when The Beatles manager Brian Epstein died, Robert Stigwood was asked to step in to manage the supergroup. But Robert declined, quit, and instead started RSO Records so that he could continue managing the Bee Gees, even if they were doing solo work at the time.

In 1971, the trio regrouped but were dismayed to find that people weren’t interested in their style of music. The money dried up, and each of the brothers began drinking heavily. They were playing to half-empty stadiums that eventually shrank to even smaller clubs. The band released two dismal albums during this time. All three Gibbs share their frustrations at knowing they were talented but unable to get a second chance.

Interestingly, Clapton had faced the same drinking issues that had nearly derailed his career until Stigwood sent him to Miami to record, which resulted in the release of a highly successful comeback album 461 Ocean Boulevard: the address of the recording studio. Seeing the Bee Gees faltering similarly, he sent them to the same studio. The change of scenery from overcast England to sunny Miami was a welcome respite. Stigwood advised them to “start from scratch,” so they hired a new drummer and keyboard player and decided to write upbeat and danceable music instead of their usual soulful ballads. They also started experimenting with Moog synthesizers to get that modern sound.

Driving to the studio repeatedly, Barry took note of the “clickety-clack” noise his tires made when rolling over the variety of bridges in Miami. He began making up words to the sound while driving and then took it into the studio; the result was “Jive Talking,” which starts with that rhythmic rake over muted guitar strings. They also wrote several other songs, but could not get stations to play them because of the band’s reputation as balladeers. Cleverly, they sent their albums unlabeled. The result? “Jive Talking” became highly requested and eventually rose to number one. It was released on their album Main Course, which also produced the hit “Nights on Broadway.”

Their next LP, Children of the World, included their next hit, “You Should Be Dancing.” The Bee Gees music became known as “The Miami Sound.” At the same time, unbeknownst to them, an underground style called “disco” was the rage across the gay and black community, which featured synths, driving bass lines, and a punchy drum beat — very similar to the music the Bee Gees were making.

In 1976, a popular article appeared in New York magazine called “Tribal Rites of the New Saturday Night” which yielded a screenplay for a movie called Saturday Night Fever. The Bee Gees were approached to provide a few songs that would be included in the soundtrack with other disco songs. Instead, they recorded demos for five songs on cassette and sent these to the film’s director, John Badham. He was so impressed that he asked them to write the entire soundtrack. Given the niche nature of the movie, it would only open in a handful of theaters. Badham wanted more exposure, so he made a deal with the distributor that he would release the soundtrack before the movie, and as more songs from the album charted, the movie would open in more theaters. The soundtrack eventually became one of the best-selling albums of all time and the second best-selling soundtrack after The Bodyguard. Saturday Night Fever became a worldwide blockbuster, and the Bee Gees saw unbelievable financial and commercial success.

Barry, Robin, and Maurice moved their families and parents to Miami and continued to record and release new music. At one point, it seemed like the only songs in heavy rotation across the country were Bee Gees songs. Andy Gibb, with the help of Barry, released his two big hits “Shadow Dancing” and “I Just Want to Be Your Everything.” But trouble was brewing as disco music became to permeate across the culture. Commercially, disco music began to saturate popular culture and music. Many products included some link to disco music. As a result, people became tired of hearing about disco. Unfortunately, due to the success of Saturday Night Fever, the Bee Gees were considered disco artists, a moniker they vehemently argued against.

In the late 1970s, the disco backlash culminated in Chicago DJ Steve Dahl hosting a “Disco Sucks” event in 1979 at Comiskey Field. Between the doubleheader, the records were loaded into a bin and blown up. At the same time, the Bee Gees were in the midst of a hugely successful tour and were aghast at the backlash. Radio stations refused to play any Bee Gees music. The band even received threats of violence.

Unable to release their own music, they turned to writing for other artists. Songs like “Woman in Love,” written by Barry for Barbra Streisand, hit Number One. Other songs penned by the group included Dione Warwick’s “Heartbreaker,” Diana Ross’ “Chain Reaction,” Celine Dion’s “Immortality,” and “Islands in the Stream,” recorded by Dolly Parton and Kenny Rogers. All of the songs were a success, so the Bee Gees decided to reunite.

In 1987, the Bee Gees released their album E.S.P, which did fairly well in Europe and convinced the band to tour again. Due to this success, they started on a new album called One and invited younger brother Andy to join the group and record with them — but within a month, he tragically died. The group continued to release albums and tour until Maurice’s untimely death in 2003 from a heart attack. At that point, Barry and Robin agreed not to record under the Bee Gees name again. Nine years later, in 2012, Robin died of cancer, leaving Barry as the lone remaining Gibb.

Throughout this well-written documentary, Bee Gees fans will be familiar with much of the history I just outlined. But what’s unique about this biopic is that it takes these events and — using both archival footage and recent interviews with Barry Gibb, former band members, wives, and contemporary artists — provides a truly personal perspective. The film covers their entire journey, from their mortification and downright anger at being labeled “just another disco band,” to the difficulty of dealing with unimaginable success only to be later shunned by the music industry. Barry reminds us poignantly that this was a close family that had performed together since their teens. They experienced success and failure together and were inextricably linked. Perhaps the most emotional moment of the documentary is provided by Barry, who states that he would trade all of his success, money, and fame away in a heartbeat if he could just spend a few more moments with his brothers.

In the end, the Bee Gees recorded over 1,000 songs and had 20 number one hits. They were inducted into the Rock and Roll Hall of Fame in 1997. Even if you hate disco, you can’t deny the talent of the trio — or the solid hooks of their expertly-written music. And if you happen to be a Bee Gees devotee, you’ll find plenty of love in this gem of a documentary that details the story of three very human brothers who shared their lives across over 60 years.

Photo: Image from HBO’s “How Can You Mend A Broken Heart”