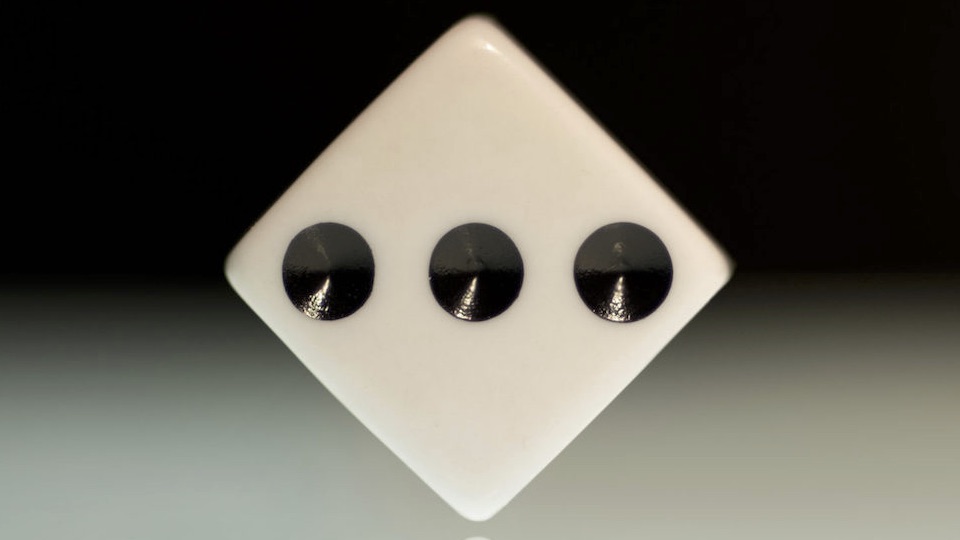 Caught in the emotional whirlwind of an impending lawsuit, Paul McCartney committed a personal, even diaristic, account of life in an orbit outside of The Beatles. The album, McCartney, demonstrated an eagerness to compose, with or without the presence of John Lennon to guide the material. Such sentiments carried greater resonance in 1980 when the world had to recognize the legacy Lennon’s untimely death had left.

By then, McCartney had re-shaped himself in the mold of an avant-gardist, plastering audio collages and synth soundscapes on his second eponymous work. McCartney II — another project recorded entirely by the artist himself — broadened the storyline, essaying an electronic work every bit as dazzling as the first album. And with the event of Lockdown (or, “Rockdown,” as it were), the former Beatle has unveiled the third (and, presumably, final) chapter of an installation that began just as “The Beatles’ thing” ended.

McCartney III is a gorgeous album, and expertly continues the narrative McCartney first wove in the Scottish hills back in 1970. Where the first album essayed jubilation at the world fatherhood presented, III demonstrates a wiser narrator enjoying his place in the world which has gifted him wealth far beyond the confines of material goods. Mary, the baby first seen wrapped in the haven of her father’s clothes, has now emerged in her mother’s role as producer, arranger, and cover artist. As winter-laced as it is in color and atmosphere, the album enters with a cordial, family-like setting.

And the absence of one Linda McCartney, the album closer “Winter Bird / When Winter Comes” shapes itself around the voice of one man craving the changes he is fortunate enough to watch.

McCartney III finds the singer in a strangely reflective mood: “Pretty Boys” emulates a school of thought more commonly heard on a George Harrison record. “Find My Way” bristles under the weight of a Jimmy McCulloch-esque lick, while the eight-minute monster “Deep Deep Feeling” sounds like something the multi-instrumentalist might have cooked up during the period of fertile activity that led to McCartney II.

“Women and Wives” meanwhile siphons focus away from the man, to the many women who served as integral characters on this most impressive of musical transformations.

Linda, Wings’ keyboardist and confidante to her husband’s writing, had previously acted as the voice of reason on McCartney II, placing a familiar voice amidst the synthesizers, soundscapes, and shattered rhythms that were heard on the 1980 follow up.

Between McCartney and McCartney II, Paul and Linda spent the seventies touring, performing, and espousing the virtues of vegetarian cooking. Theirs was an Oscar nomination that not only proved the blueprint for future James Bond rock numbers but also brought credence to the husband/wife configurations (i.e Gillian Gilbert & Stephen Morris, Thurston Moore & Kim Gordon, Jack & Meg White) for other bands to aspire to. Two others have followed McCartney down the aisle, though Linda remains steadfast in her position as muse and companion. Even now, Linda’s presence steers the material, whether it’s through the soul-inflected “Lavatory Lil” (continuing the legacy started on Venus and Mars), or by relighting that stadium oriented flame – as on the colossal “Live and Let Die”- on proto-metal centerpiece, “Slidin.'” The feathered emblem that shaped McCartney ballads “Single Pigeon” and “Bluebird” now returns to guide listeners on “Long Tailed Winter Bird.”

Family proved the backbone for The Beatle as he set off in the wake of Lennon’s departure. Much as it was friendship that bolstered The Fab Four with a more tangible, even infectious energy, it was parental love that carried McCartney onwards for the remainder of his illustrative life. McCartney III lacks the near-perfection of the second McCartney album, and none of the vocal performances showcase that raw vulnerability the singer unveiled on his 1970 masterwork “Maybe I’m Amazed”, but this is a formidable conclusion to a trilogy that’s been fifty years in the making.

Image from cover of “McCartney III”

2 comments on ““McCartney III”: A Trilogy 50 Years In the Making”