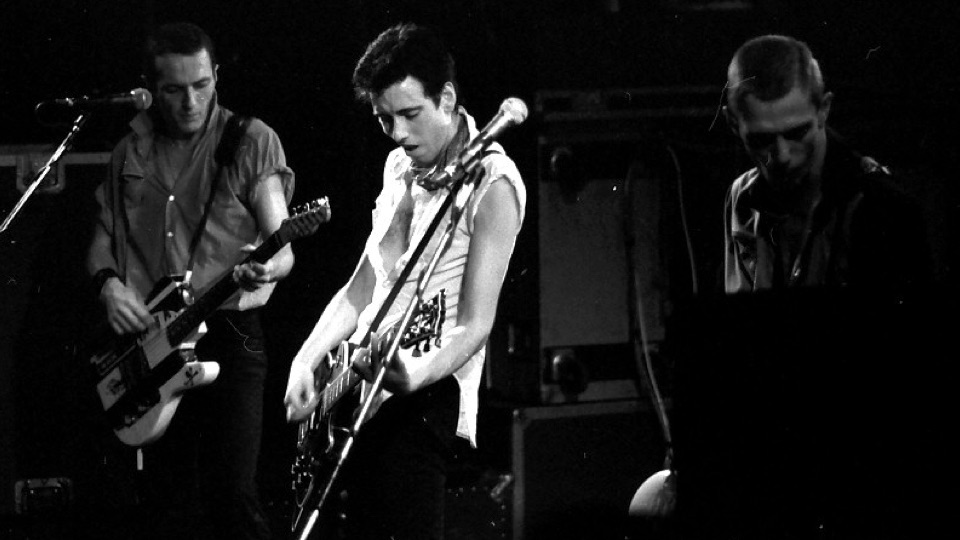 Sandinista!, The Clash’s spectacular dissertation on the human spirit, is forty years old this month. Hated by the critics, hushed by the fans, and handed to the charity shops, the album has become a misunderstood oddity in the band’s superlative canon. And yet there are many tracks within the band’s tenure that never received the credit they deserved. Here are some other lesser-known gems written by “The Only Band That Matters.”

“Remote Control”: Mick Jones’ songs were always more accessible than Joe Strummer’s, and this punchy vignette was ultimately chosen as a single over the more polemic “Janie Jones.” Precisely because of the jaunty nature, the song has become a target of undue hatred from certain sects of The Clash’s fanbase. It scarcely bothered Jones, who aptly explained: “I think Joe [Strummer] disliked it on a symbolic level, because of what happened with the release. But we always liked the tune.”

“What’s My Name”: Finishing before the two-minute line, the song echoes with a brevity not often heard since the early Beatles albums (a band The Clash made a point of rubbishing on their seminal London Calling album two years later.) More than that, the song is notable for being one of the few songs Keith Levene wrote with the band. By the time the punk outfit huddled together to record an album, Levene had left the band to co-front Public Image Ltd. with Sex Pistols vocalist John Lydon.

“English Civil War”: With it’s unique, angular vision of an England divided by class and culture, the song rockets along to the sound of Jones’ galloping, gyrating guitar patterns. Behind him, drummer Topper Headon chases to the many fiery licks, walloping his sticks with a fury that could only come from a place of anger. Riveting!

“Guns on the Roof”: Although past efforts had credited guitarists Joe Strummer and Mick Jones as songwriters, this rollicking number made a concentrated effort to credit all four members as architects to the pounding number. The song is noteworthy, not just for Strummer’s exhilarating vocals, but for Paul Simonon’s brittle bass work, echoing an energy more often heard on an Afrobeat record than a punk standard. Fitting really – Simonon spent much of the millennium performing beside Fela Kuti disciple Tony Allen.

“Jimmy Jazz”: The band’s kaleidoscopic third work is widely considered their finest achievement, and showed a diversity not oft heard in the lexicon of punk. Somewhere between the soul spectacles, and raunchy proto-metal numbers, the band found the time to lay down Strummer’s tribute to the jazz genre. Complete with a sparkling guitar pattern, the quartet effortlessly transports listeners from the soaring seventies, back to the toe-tapping twenties.

“The Card Cheat: Jones sings this one, and very nicely too. This, the band’s most cinematic sounding piece, comes across as a salute to the many magnificent records Phil Spector pulled together in his spare time. What with the blazing horns, and expansive sense of frivolity, the song could very easily be mistaken for a Spector outtake.

“Hitsville UK“: Three stellar albums into their career, and The Clash were starting to finally lighten up in their output. Comfortable in their own creative skins, The Clash were opening their studio doors to other burgeoning talents. Ellen Foley, a favorite chanteuse of Mott The Hoople guitarists Ian Hunter and Mick Ronson, steps in to sing this track, a comic essay about the shifting music scene that was happening all over the ever-changing world.

“The Crooked Beat”: This is the band’s most successful foray into reggae, and features bassist Paul Simonon on the smokey vocals. More impressive than either the lyric or the person singing it, are the escalating drums which clatter all over the track, with passionate, almost balletic, ease. Headon’s influence over the band was immediate, and this was a loss the band soon recognised when they embarked on their 1982 Combat Rock Tour.

“Charlie Don’t Surf”: Francis Ford Coppola’s seminal Apocalypse Now has inspired many artists, from the mercurial Irish filmmaker Danny Boyle to the militant Welsh rock poet Richey Edwards. Immersed in the film’s sprawling story, Strummer left the screenings with the beginnings of a song mapped out in his head. “Charlie Don’t Surf” makes no bones of its influences, weaving “napalm stars” and “burning satellites” into the psychedelic piece. And reader: it’s brilliant!

“Know Your Rights”: As it did with Lennon/McCartney and Jagger/Richards, art had caused a rift between songwriters Mick Jones and Joe Strummer. Jones wanted it lethargic, Strummer wanted it crisp, and for a while, they got what they wanted. But it came at a price, and Jones ultimately found himself growing more disenfranchised with the band’s output. The pair could still create songs of tremendous ingenuity, as is the case on this record. Combining Strummer’s economical sensibilities, with Jones’ more illustrative guitar work, “Know Your Rights” culminates in an explosive output of guttural expression.

“This Is England”: Virtually unrecognizable as a Clash album (Simonon plays on little of it, Jones on none of it) Cut The Crap momentarily salvages itself with a final portrait of a changing land hellbent on closing the divide that had swamped the working classes of their rightful voice. With a triumphant chorus and general sense of optimism working in its favor, the song transcends the ropey, drum-heavy production to present listeners with one final clarion call. And, as they did in the seventies, they mattered.