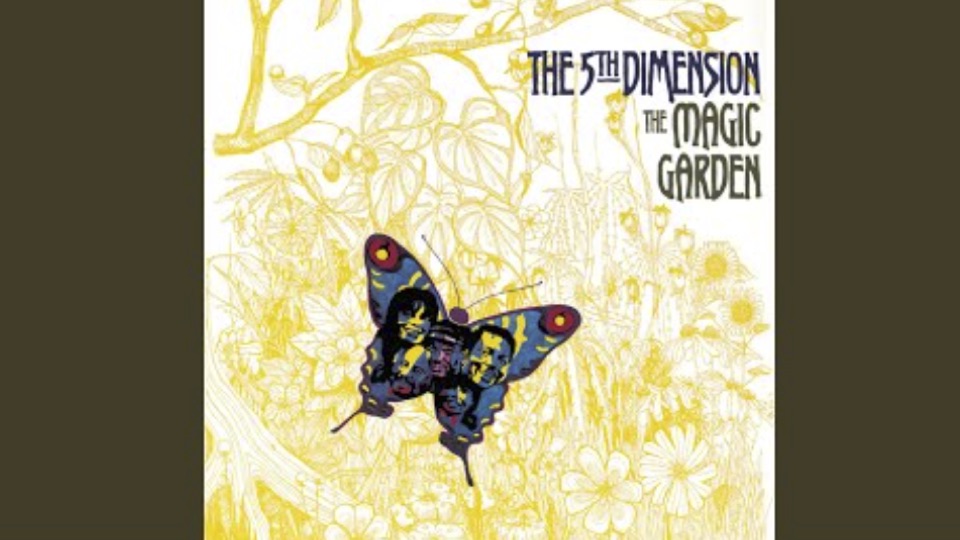 A friendly Day-Glo sun smiles down on the summer scene that is Los Angeles circa 1967. Words like “groovy” and “peace” are fully embedded in the lingo of the day. Transistor radios hum with the “Now” sounds from bands like The Monkees, The Mamas and Papas, and Buffalo Springfield. Our fab neighbors across the pond have just dropped a sonic earthquake in the guise of their concept album, Sgt. Pepper’s Lonely Hearts Club Band.

This new release by The Beatles not only heralded the fabled Summer of Love, but it also spawned the move by many musicians to create their grand statement – a concept album, if you will. It was in vogue during this brief era for musicians to intentionally create an album designed to be a magnum opus. Albums of this scope may have orchestral interludes, poetic lyrics, extended suites, and exotic instruments. Sitars and mellotrons found their landing spots in these albums. Musicians may have shed matching suits for Nehru jackets, fringe boots, and love beads.

Somewhere hovering above MacArthur Park was a hot-air balloon filled with the vocal harmonies of a joyful quintet. The 5th Dimension had established their vocal prowess with their debut hit album and single, “Up, Up, and Away.” This Grammy Award-winning tune came from the pen of up-and-coming songwriter, Jimmy Webb. His epic words and music proved to be an ideal match for The 5th Dimension. The vocal blend of Marilyn McCoo, Billy Davis, Jr., Florence LaRue, Lamonte McLemore, and Ron Townson gave us Top 40 pop classics from “Stoned Soul Picnic” to ” Aquarius/Let the Sunshine In” to “Wedding Bell Blues” – all bona fide hits and the stuff that Oldies Radio playlists are made of. Jimmy Webb’s songwriting brushstrokes have given us standards such as “Wichita Lineman” and “By The Time I Get to Phoenix.” Webb’s production partnerships with Richard Harris, Glen Campbell, and Thelma Houston are viewed as iconic examples of his recording studio artistry.

As a follow-up to their Top 10 hit “Up, Up, and Away,” The 5th Dimension was paired with the young songwriter to record a “Jimmy Webb album.” In December 1967, The Magic Garden was released to much fanfare — but promptly became a flop. The album tanked on the charts in such a way that the album’s biggest hit, “The Worst That Could Happen” quickly served as a replacement title for the work.

How could a follow-up album to one of 1967’s biggest hits stall on the charts? All of the ingredients were in place with Jimmy Webb in the arranger/conductor seat. He was on an artistic roll with music influencers like Frank Sinatra and Glen Campbell wanting to collaborate. Bones Howe, a reputable producer, was stationed alongside the studio with Webb. Members of the hallowed studio musician-for-hire outfit affectionately known as The Wrecking Crew were on board. This union of musical kinship attempted to reinvent the magic laid in the grooves of The 5th Dimension’s debut album. This time, the running order of the songs was directly from the hand of Jimmy Webb.

Related: “The Fifth Dimension: ‘The Age of Aquarius” At 50″

Rather than a string of unrelated hits, Jimmy Webb crafted an emotional song cycle. The Magic Garden was going to be more than a quick cash-in follow-up album from The 5th Dimension. Their vocals would carry a loose narrative detailing the blissful beginning of a romantic relationship that descends into dissolution by the album’s conclusion. The songs may or may not deal with autobiographical marrow from Jimmy Webb. Think of the album covering the same cinematic height of Jimmy Webb’s other mammoth hit, “MacArthur Park,” and you’ll have a good idea of the musical palette being painted in the production of The Magic Garden.

As soon as the needle drops on Side 1, you’re met by a quiet heralding of trumpets marking the grand territory of a concept album. This opening track known as the “Prologue” serves as the album’s main motif. It recurs again in the final movement on Side 2, appropriately titled “Epilogue.” After the brief beginning, the album’s title track kicks in with an intensity amidst the heavenly voices of The 5th Dimension. Then, we shift into a bossa nova beat. The time signature and beat changes are part of the album’s charms from the Jimmy Webb arrangements.

The album itself is an array of Sunshine Pop delights. Orchestral interludes link the tracks, and the sublime harmonies of The 5th Dimension serve as the sonic tapestry. One of those interludes has a sly reference to “Up, Up and Away.” The collective voices of The 5th Dimension take on the narrative of a romance that moves from joy to angst. A loose story can be cobbled together within the album’s lyrics – a love between a woman and man that begins blissfully. Somewhere along the way, the woman leaves the man for another. The man mourns the loss and then later learns his unrequited love is set to marry a more affluent individual. Our broken-hearted protagonist decides to carry on in his loss in an alcohol-filled “Paper Cup,” the album’s penultimate song.

Jimmy Webb’s song cycle is brutal and too real at times. To add to the pathos, Webb throws in a requiem and even titles it “Requiem 8:20 Latham.” Again, Billy Davis, Jr. takes the lead and gives every ounce of heart-wrenching pain as the speaker realizes his love is leaving him amidst his desperate pleas for reconciliation.

Oftentimes, The 5th Dimension is horribly miscast as light musical fare. But simply go to the third track on Side 1, “Summer’s Daughter” and you will hear Billy Davis, Jr. hit an impossible high note around the 1:47 mark. It is one of the many majestic moments on the album.

That moment is amped up further in “Orange Air.” That track is reminiscent of the brisk middle section in Jimmy Webb’s “MacArthur Park” right before the cake is left out in the rain. The operatic blend of all five voices are topped with the underrated vocal duo of Marilyn McCoo and Florence LaRue. The two female voices of The 5th Dimension would be right at home in any opera. Shades of Burt Bacharach and the operatic aspirations of The Walker Brothers echo in the arrangements of Jimmy Webb. His genius is anchored by the slick backing of The Wrecking Crew. Although these musicians were mostly unknown, the band is given a rare credit on the album’s back cover. Look there for the nods to studio sidemen wonders like Hal Blaine, Tommy Tedesco, and Larry Knechtel, to name a few.

With all of the loving care placed by the team of Jimmy Webb and producer Bones Howe in the recording of the album, The Magic Garden was a bomb. It stalled at #105 on the Billboard Pop Album chart. The album’s three singles, “Paper Cup,” “Carpet Man,” and “The Girls’ Song” all lingered within the bottom half of The Top 40 Singles charts. The 5th Dimension were at the top of their vocal game and dutifully promoted the album. The great singer and producer Johnny Rivers, who had produced the first 5th Dimension album and essentially helped to put the group on the map, could not render magic out of his patronage for this album.

Perhaps, the studio heads sensed a sophomore slump on this one. The Beatles’ “Ticket To Ride,” a leftover from The 5th Dimension debut, was hastily thrown on The Magic Garden. It didn’t help. The most popular song from the album was a hit by another group, The Brooklyn Bridge. Their cover of “The Worst That Could Happen” probably prompted the album to be retitled as that.

But both The 5th Dimension and Jimmy Webb would prevail. They recovered from the album’s failure by simply continuing to do what they do best – embrace and appreciate the glory of the Pop Song. The 5th Dimension went on to record a slew of hits. Jimmy Webb’s body of work is eclectic, challenging, and rewarding upon repeated deep listenings. His masterwork depicts a sign of things to come from a prodigy hungry to make his mark a tunesmith in the Great Pop Standard Songbook.

But in the midst of the fanfare for Jimmy Webb and The 5th Dimension is a small gem of an album ambitious in scope. The Magic Garden is an interesting avenue within the career trajectory of these two musical kindred spirits. The 5th Dimension proved to be stellar interpreters of Jimmy Webb’s song cycle on love and loss. Within the album’s “Prologue” and “Epilogue” is a collection of connected songs serving as the template for Webb’s musings on the innocence of romance and the heartbreak that follows. These lyrical themes and orchestral interludes would influence another tortured artist a continent away. British singer-songwriter Nick Drake would cite The Magic Garden as a major influence in the orchestrations of his first two cult-classic albums, Five Leaves Left and Bryter Layter.

Sometimes concept albums are so far ahead of the curve that they are neatly tucked in a record store bargain bin. There are works of art not finally accepted by the critical masses in their own time. The artistry marinated in the grooves of the album takes time to season and find appreciation in a different era. The Magic Garden is one of those concept albums that may have blossomed too quickly upon its initial release in 1967 but is a testament to the enduring artistry of the concept album. It’s worthwhile to tend to it with a listen.

5 comments on “The Concept Album: “The Magic Garden””