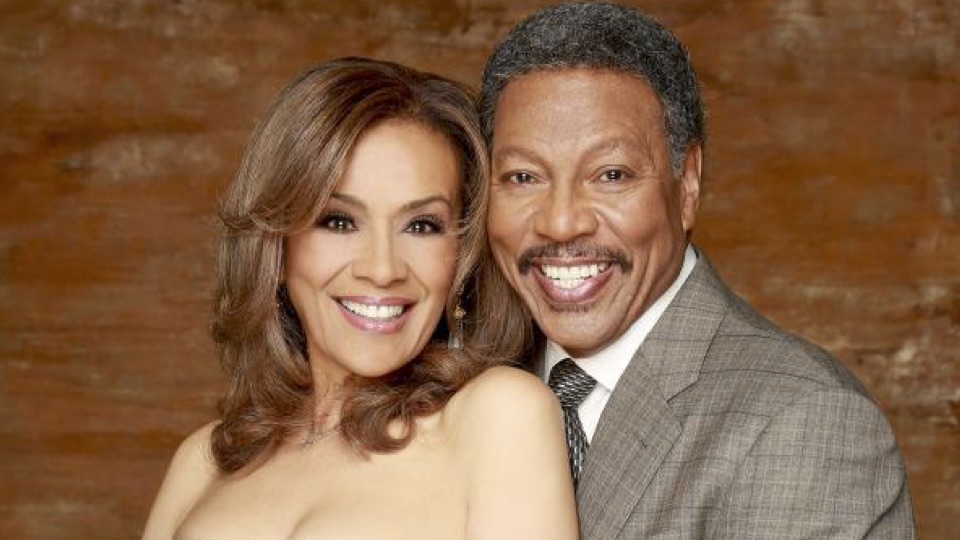 Culture Sonar recently spotlighted the 50th anniversary of the medley of “Aquarius/Let the Sunshine In” by The 5th Dimension, which topped the Pop charts for 6 straight weeks in the spring of ’69. We now check in with the group’s original lead singers, the married team of Marilyn McCoo and Billy Davis, Jr. They’re toasting 50 years of marriage this year and talking about their myriad hits woven into the tapestry of a musical generation.

CS: You’ve been happily performing “Aquarius/Let the Sunshine In”—originally from Broadway’s Hair— for 50 years, first with The 5th Dimension and later, as a duo. Give us your fresh take on the anthemic medley.

McCoo & Davis: When we first heard “Aquarius” at the play, our thought was, “This song could be a major hit for us!” Our producer, Bones Howe tweaked it by adding “Let The Sunshine In” (also from Hair). He encouraged Billy to “take it to church,” to bring more excitement. The result, the medley was the biggest hit of the group’s career. Fifty years later, it still blows our minds to see the reactions of our audiences to it. They jump up, they sing along without encouragement. Some even rush the stage. Mature audiences revert to their teenage years! And young people at our concerts are diggin’ it too! It’s a beautiful sight to see.

Q: You two were married on July 26 during the unforgettable “Summer of ’69.” In fact, one of your follow-up singles to the chart-topping “Aquarius/Let the Sunshine In” was another Number 1 for The 5th Dimension: “Wedding Bell Blues.” With its “Bill, I love you so” lyric that Marilyn sings, many thought the tune to be autobiographical.

McCoo: Yes it was, our relationship was blossoming. Producer Bones saw the perfect opportunity: a Laura Nyro song, our lives, and my voice. The combination was magical! In addition, thousands of “Bills” over the years have heard that song as a proposal.

Q: The 5th Dimension, with it’s “Champagne Soul” sound, got to bring to the masses many songs written by Nyro including the mega-hit, “Stoned Soul Picnic,” plus “Sweet Blindness” and “Blowin’ Away.” Laura expressed that she loved the group’s renderings, that they were like “a delicious ice cream soda.” Your thoughts on this quintessential singer/songwriter?

A: The songs of Laura Nyro—their unique style and her approach to much of her music—we felt, were a poetic description of her life experiences combined with her own version of soul-singing. “Champagne Soul”…that’s an interesting term coined by group member, LaMonte McLemore. The 5th Dimension’s sound interpreting Laura’s music really clicked with the public.

Q: After you two left The 5th Dimension in late 1975, you had a Number 1 in early ’77 with the disco-tinged, “You Don’t Have to Be a Star (To Be in My Show),” for which you received your 7th Grammy award. (Note: The 5th Dimension had won 6 for “Up-Up and Away” and “Aquarius/Let the Sunshine In”). Not to mention having your own summer network TV variety series. Historically, you were the first African American married couple to do so. Can you reflect on that?

A:  After leaving the group, we didn’t know exactly what we were going to do.  Our record company really believed in us and introduced us to Don Davis, a successful producer who they thought was a good fit.  He brought us “You Don’t Have To Be A Star,” knowing it would be a hit. We liked it, it was danceable. We did the I Hope We Get to Love in Time album together which also included the Top 40 single, “Your Love.” With the big success of “Star” and our Grammy award for it, we were now recognized with our own identity. This led to our summer replacement TV variety series. It was trailblazing, but when it didn’t get picked up for the regular season, we did what all musical acts do. We went on tour!

Q: In the ’80s, Marilyn garnered a new audience hosting the popular syndicated TV, music countdown show, Solid Gold. Marilyn, what are your most vivid memories of that time in your career?

A: I had no idea when I started on Solid Gold (co-hosting with Andy Gibb), that I would ultimately become the host, but I really enjoyed it. I had the opportunity to do everything I liked: sing the hits of the day, do interviews, and perform with artists from all musical genres—Cliff Richard, The Commodores, Carl Wilson of The Beach Boys, B.J. Thomas, and my friend, the late James Ingram were stand-outs as well as singing with Billy, who appeared a number of times on the show. Donna Summer and I sang a Christmas duet together. Her wonderful voice was so powerful that when she came to my dressing room to rehearse, she almost blew me out of the room!

Q: Let’s talk about a few more outstanding tunes, starting with The 5th Dimension’s signature song about that “beautiful balloon” written by Jimmy Webb: “Up-Up and Away.”

A: Songs like “Up-Up and Away” come along maybe once a generation, for instance, “Don’t Worry, Be Happy” by Bobby McFerrin in 1988; “Happy” by Pharrell Williams in 2013. They lift people’s spirits and make them forget about their problems. They also make you forget you’re in bumper-to-bumper traffic on the freeway!

Q: Marilyn’s solo of the Bacharach/David-penned “One Less Bell to Answer” is an enigmatic Pop hit. It’s flawlessly delivered but according to your producer Bones Howe, it’s really a Jazz ballad. Did you have an intuitive feeling about it when you were recording what would become your signature song, Marilyn?

McCoo: I’ve always loved torch songs and was thrilled to have this one to sing.  No one in The 5th Dimension or at the record company thought it would be a single, much less a hit.  Plus, it was the 4th single off of the album, Portrait. A radio station in New Orleans began playing it from the album and it picked up momentum from there. When it went to Top 10 in their market, the record company released it as a single. I still enjoy singing about “one less egg to fry” in our concerts!

Q: Taking a “deep dive” into The 5th Dimension’s seminal The Magic Garden album, Billy’s solo from it, “The Worst that Could Happen” was nabbed nearly verbatim by Johnny Maestro and The Brooklyn Bridge who subsequently had the hit with it. Were the circumstances surrounding the song the worst or the best for you, Billy?

Davis: Both! Worst, because it wasn’t me who would be recognized for a song that I first recorded. Best, because Johnny Maestro did record it and it was a hit, which gave me a chance to sing in our shows, a huge tune written by my friend, Jimmy Webb. Interestingly, listeners didn’t know if I was imitating Johnny or he was imitating me!  It also helped to sell one of my favorite 5th Dimension albums, The Magic Garden, which became known as an “underground” success.

Q: Your public persona is one of the nicest there is. Marilyn is deemed as one of the most beautiful and vocally dexterous women to grace the entertainment field. Billy is known for his charming warmth and effortlessness as a Soul stylist. Together, you possess an endearing aura, which certainly encompasses your 5 decades of marriage.

A: First of all, we’re thankful to still be enjoying a career doing what we both wanted to do since we were kids…and that our voices have remained strong. Then, we feel so blessed to have reached 50 years of marriage…and that we still like each other! We argued so much in our early relationship that when we decided to get married, group members LaMonte, Florence (LaRue), and Ronald (Townson) said, “Oh well, there goes The 5th Dimension!” (both laugh) Above all, we thank the Lord for all of these gifts, and for teaching us how to really appreciate each other.

Photo courtesy of the author