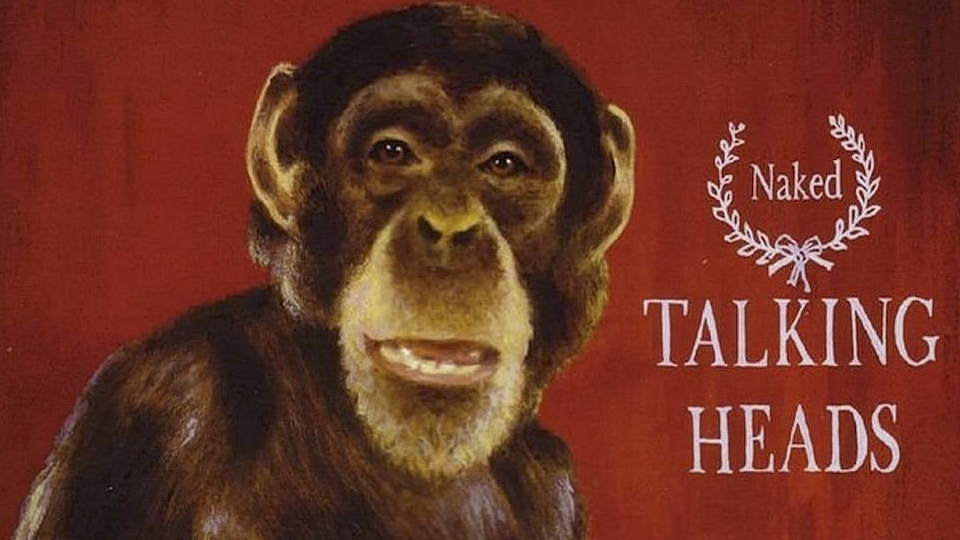 You may not believe this, but the last Talking Heads album was released 34 years ago in 1988. It doesn’t feel that long because band frontman David Byrne has continued to release albums that sometimes sound like what the Talking Heads would have released.  Other times, not so much.

All their albums, save their debut, have gone gold and two, Speaking in Tongues (1983) and Little Creatures (1985) reached platinum.  Between their first and their final album, they found chart success, released visually interesting videos, and designed striking sets for their tours.  The Talking Heads even released Stop Making Sense (1984), directed by Jonathan Demme (Melvin and Howard, Silence of the Lambs, Married to the Mob), considered to be one of the finest concert films ever created.

Formed in 1974 as the brainchild of three classmates from the Rhode Island School of design, the original trio consisted of David Byrne, Christ Frantz, and Tina Weymouth.  They moved to New York City, added keyboardist Jerry Harrison and called themselves Talking Heads.  Quirky hits such as “Psycho Killer” and a cover of Al Green’s “Take Me to the River” cemented both their New Wave style mixed with musical sensibility.

Their debut album Talking Heads:77 is a bouncy affair complete with Byrne’s unique wandering vocal stylings coupled with punchy basslines and catchy hooks.  It peaked just within the top 100 in the US album charts with “Pyscho Killer” garnering the most attention.   In 1978 they released their album More Songs About Buildings and Food which eventually went gold and #29 on the US charts.  This LP and those that followed were more in the stylings that we associate with Talking Heads; punchy drums and bass, and unique themes such as “Girls Just Want To Be With Girls” and “Found a Job.”

This was followed by Fear of Music in 1979, which included the now-classic “Life During Wartime.”  The next album, Remain in Light was released the next year and yielded another classic “Once in a Lifetime.”

The band was able to consistently crank out at least one hit on each LP.  That productivity would jump in the 1980s with the release of Speaking In Tongues (1983) which would ultimately deliver platinum sales on the back of “Burning Down The House”.  That iconic song, which is comprised of a string of aphorisms, included an odd music video that drew heavy rotation on MTV.  The popularity of this song and the accompanying album drew many fans into theaters to view the accompanying concert movie Stop Making Sense in 1984.  Other catchy songs on that album include the funky “Girlfriend is Better” and “This Must Be the Place (Naïve Melody).”

In 1985, the Talking Heads released Little Creatures, another LP that also would turn platinum, which included the hit “And She Was” and “Stay Up Late.”  By this time, some fans lamented that the band’s music had become too mainstream, more aimed at creating radio hits than presenting the quirky observations and unique musicality of earlier releases.   Their next album, True Stories included the radio-friendly hit “Wild Wild Life”, and other catchy tunes like “Love for Sale.”   The group continued to find success with each release, but this album would mark a turning point for the band.

Their final album, titled Naked would peak at #19 on the US album chart.  It was recorded in Paris with a number of guest musicians. According to the liner notes the release was a commentary on President Reagan’s policies, politics, and greed.  For the band, this album was a departure from their recent pop-inspired releases and more of a throwback to early projects with Afro-pop, world music stylings, and cynical observations.  The songs and musings are politically inspired with songs calling out our departure from the simplicity and unaffected lives we used to live before becoming a “modern society.”  “Totally Nude” describes what it’s like to be part of the animal kingdom, living in the trees without clothes and eating coconuts. “Ruby Dear” takes a “hand-jive” drum styling and points out how we’ve treated the planet.

“Democratic Circus” pokes serious fun at politics and the senseless show that it puts on for all of us.  The album ends with “Bill” and “Cool Water.”  The former appears to be about someone who disregards the danger of becoming too dedicated to pursuing success and making money, eventually turning his back on his former happy, simple life and driving his girl away.  “Cool Water” is about a laborer slowly working himself to death.   There are other theories about what Talking Heads was trying to communicate and frankly, the album deserves multiple listens due to the layers of commentary.

This last album was well-received by critics and a great way to wrap up The Talking Heads.  It is worth listening to as the four founding musicians never reunited; in fact, Byrne attempted to block the other three from creating their own album as “Heads” and touring.