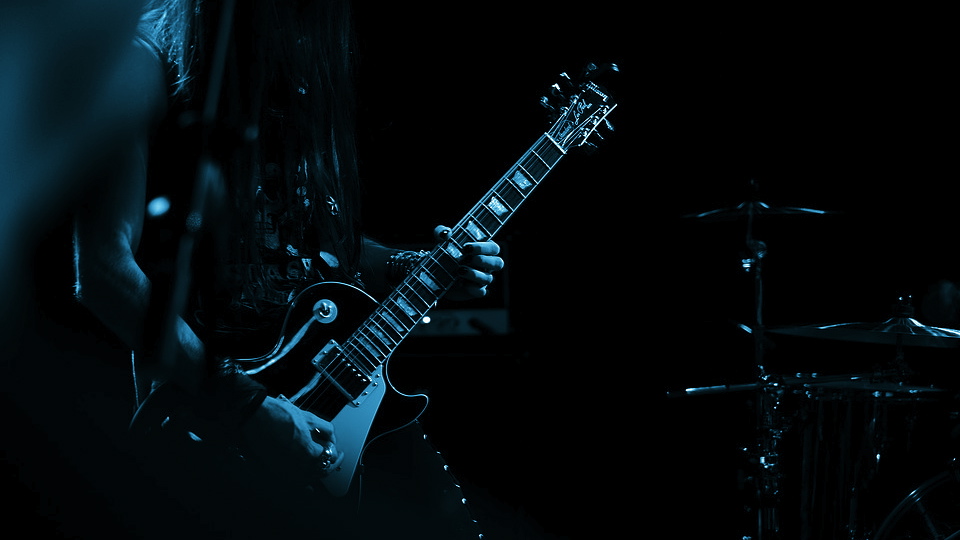 What role has the guitar played in America’s #1 hit songs? Over several years, I have analyzed each Billboard #1 song of the rock ‘n’ roll era, starting in 1955 with “Rock Around the Clock.” I assigned each song a “Guitar Score” of 0 to 10 in each of four guitar-centric categories: riffage, rhythm playing, fills and solos. A song with no guitars whatsoever scores a zero, while the perfect guitar song (which does not yet exist) would max out with a score of 40.

As a matter of fact… in 1983, Michael Jackson’s “Beat It” (rhythm by Paul Jackson Jr., lead by Steve Lukather, solo by Eddie Van Halen) went to #1, followed by David Bowie’s “Let’s Dance” (Nile Rodgers on rhythm and a not-yet-famous Stevie Ray Vaughn on lead). Talk about some firepower!

Related: “What Happened at the Walter Becker Guitar Auction?”

Neil Giraldo (husband of Pat Benatar) is the Jimmy Page of pop music: every instinct he has is a winner. He is everywhere on this well-known Rick Springfield song, which is our closest yet to a perfect guitar score of 40. Riffage, rhythm, fills, solo… it’s all there! (Five songs share second place with guitar scores of 37.)

Four Straight Solos and Some Weirdness

1957 and 1973 both featured instances of three straight #1 hits with guitar solos, but 1981 saw FOUR straight for the first time ever. The songs are: “I Love a Rainy Night” (Eddie Rabbitt), Keep On Loving You” (REO Speedwagon), “Rapture” (Blondie) and “Kiss On My List” (Hall & Oates).

Now for the weirdness: the two #1 hits bookending these four songs are “9 to 5” (Dolly Parton) and “Morning Train (Nine to Five)” by Sheena Easton. What does it all mean? Call your numerologist!

The Guitar King of the Early Eighties Is…

Steve Lukather. While Eddie Van Halen went nuclear with his guitar work on “Beat It” and Van Halen’s “Jump,” and while Prince announced his six-string awesomeness on “When Doves Cry” and “Let’s Go Crazy,” no one was more “in the mix” than Toto’s Steve Lukather. He played on 1983’s “Africa,” of course, but his session playing goes much deeper: the aforementioned “Beat It,” as well as “Arthur’s Theme” (Christopher Cross, 1981), “Hard to Say I’m Sorry” (Chicago, 1982), and forgotten guitar gem “Baby, Come to Me” (Patti Austin and James Ingram, 1983). But Steve’s real ace in the hole is the fact that he played a 16-bar solo on the song that brought more guitar to more people than any other in pop history.  And that is…

[Michael is the author of the ebook series, Number One with an AXE!]