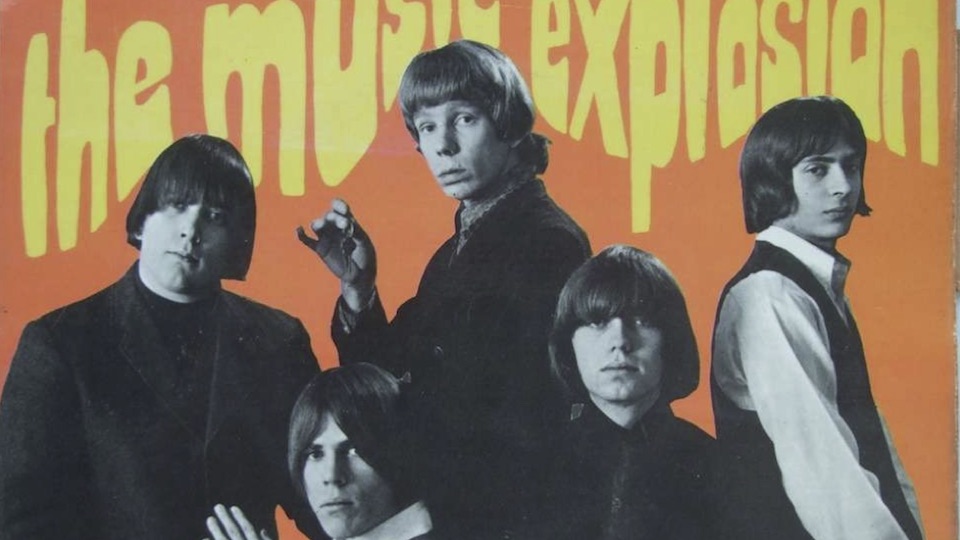 The Music Explosion’s “Little Bit O’ Soul” is a smile-inducing piece of garage rock-flavored pop, but they weren’t the first group to record and release it. That honor goes to the Coventry-based band The Little Darlings, who recorded the tune by British songwriters Ken Lewis and John Carter in 1965. Their take on the song has a slightly rougher edge to it than the later version. But the Ohio based group The Music Explosion is the band that took the song all the way to number two on the US charts in 1967. The band grew out of a Mansfield area outfit that called themselves The Chosen Few, featuring James “Jamie” Lyons on vocals, Donald “Tudor” Atkins and Richard Nesta on guitar, Burton Stahl on bass and Bob Avery, who replaced original drummer Dave Webster.

After gaining a solid reputation by playing numerous gigs in the Ohio area, the band ended up in New York, where they partnered up with producers Jerry Kasenetz and Jeff Katz, and were re-named The Music Explosion. Kasenetz and Katz, along with Elliot Chiprut, produced the band’s signature tune “Little Bit O’ Soul.” Powered by a catchy bass riff played by Burton Stahl, the song was a huge hit when it was released in 1967. Kasenetz and Katz, at the time, were poised to become the pre-eminent purveyors of “bubblegum” music. While The Music Explosion weren’t really a bubblegum act, they became part of the producers’ roster of successful artists, which also included the Ohio Express and Crazy Elephant, a short-lived band that featured The Music Explosion’s drummer, Bob Avery.

The Music Explosion toured the country, playing live shows with groups like The Easybeats and The Left Banke. The band recorded an album named after their signature hit, which was released in the summer of 1967. That disc also featured their cover of the Question Mark & the Mysterians hit “96 Tears.” The group appeared on the Kasenetz-Katz “super-group” album The Kazenetz-Katz Singing Orchestral Circus in 1968. The Music Explosion released several follow-up singles to their sing-along inducing hit, none of which reached the heights of “Little Bit O’ Soul” though “Sunshine Games” found its way to the lower end of the top 100.

Lead singer Jamie Lyons recorded a couple of solo singles, and also provided vocals for a band called The Capital City Rockets in the 1970s. Lyons passed away in 2006, but various members of the band did tour in the ensuing years with a new lead singer. “Little Bit O’ Soul” has lived on, and became a fixture on oldies radio station playlists throughout the 1970s and 1980s. There have been cover versions of the song by both The Ramones and Tom Petty & The Heartbreakers. Your song has to be kind of cool if both The Ramones and Tom Petty cover it, right? It’s pretty clear that a lot of fans fondly “remember this little song of mine!”