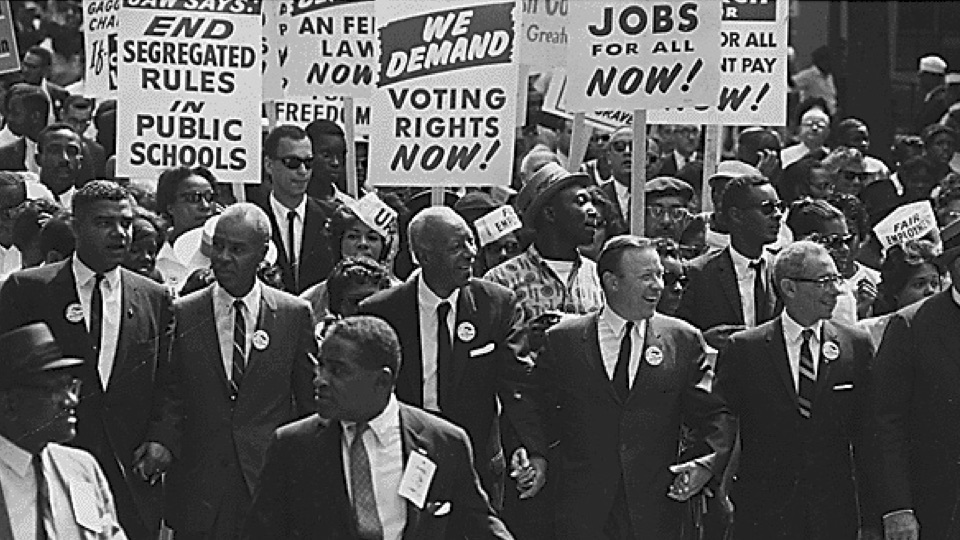 One of our most precious rights as Americans is the ability to freely express our opinion, whether it be on a blog, a letter to the Editor of our local newspaper…or in a song.

Practically everyone can name a song (or two) that’s been tagged as one defining an era. However, not all fall into the category of favorite romantic ballad or favored dance track; national and global events have sparked artists to record impassioned pleas for awareness, via song or rap. These protest songs have the unique ability to move some to tears — and others to action. They become battle cries sung at demonstrations or marches and frequently establish their place in history.

Case in point, the Vietnam War era yielded several protest anthems. Most notably, “War” by Edwin Starr and John Lennon’s “Give Peace a Chance.” Known more for ballads like “Oh Girl” and “Have You Seen Her,” the Chi-lites broke tradition and struck a nerve with “(For God’s Sake) Give More Power to the People.” The smash-hit took aim at the government and rich folks lining their pockets with cash during a time of economic injustice.

In an appeal for peace and tolerance, lyrics from The Byrd’s “Turn! Turn! Turn!” were nearly taken verbatim from the Bible’s Book of Ecclesiastes:

To everything, there is a season and a time to every purpose under the heaven

A time to be born, and a time to die; a time to plant, a time to reap that which is planted

Perhaps the mother of all social awareness anthems captured on an entire piece of vinyl is Marvin Gaye’s classic What’s Going On. The album’s beautifully haunting songs serve as narratives on inner-city woes, vets returning home from Vietnam, hatred, injustice, poverty, drug abuse, and even ecological concerns. The genius of Gaye is that much of those heart-tugging lyrics and music written 50 years ago still apply to current events.

With the nation being turned on its axis by so many issues, some of today’s artists have picked up the mantle to lend their voices.  More and more are stepping up to the mic to give expression through song. The Killers’ “Land of the Free” touches on everything from racism to gun violence to immigration. Alicia Keys’ “Perfect Way to Die” will appear on her self-titled album Alicia due for release in the fall. Keys explains that the song was written from the point of view of a mother whose child has been murdered.

Kora Feder wrote and recorded “In a Young Person’s Body” while holed up in her Philadelphia apartment during the initial weeks of the COVID-19 pandemic. LL Cool J unleashed an untitled 2 ½-minute rap addressing the nation’s tensions via Instagram on June 1.

It has been said that the idiom music calms the savage beast is often misquoted, but right now we all can do with some calming, some soothing, some hope even if the lyrics dare challenges us to leave our various comfort zones and face harsh realities. Protest music can be a very powerful tool and it certainly had its impact during the ’60s and ’70s. Time will only tell which, if any, new songs will rise to such an occasion and become a clarion call for such a time as this.

6 comments on “The History, Power and Popularity of Protest Songs”