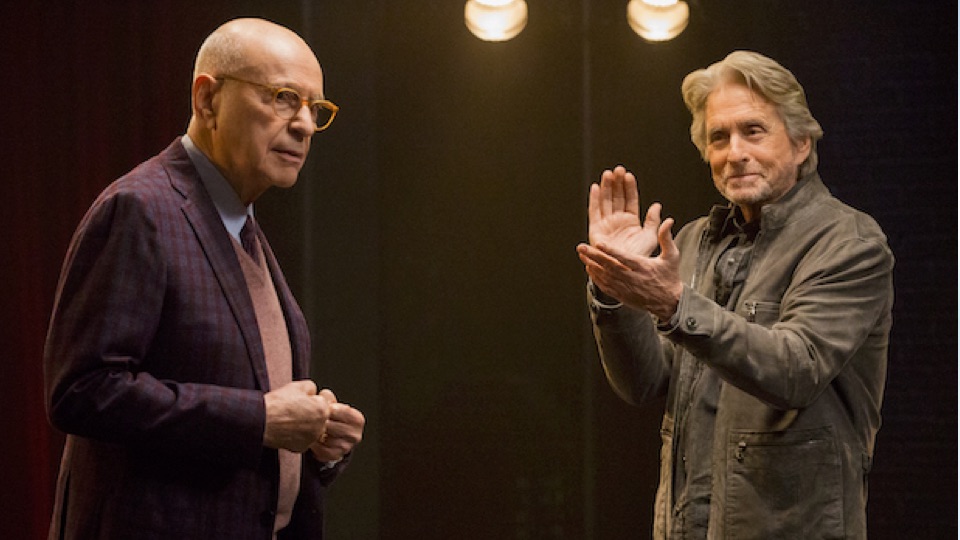 Just eight episodes and one season in, Netflix’s Golden Globe-winning The Kominsky Method has just been renewed for Season 2.  Binge-watchable television at its finest, this comical, charismatic, show is as interesting as it is intelligent, putting its two lead actors together to create unlikely, yet unmatched chemistry.

The impeccable Michael Douglas plays the role of acting coach Sandy Kominsky who is by the side of his best friend, talent agent Norman Newlander, after the death of his wife. Norman is played by Alan Arkin, who puts his talents to the test as he deals with Sandy’s antics while maintaining a post-mortem relationship with his deceased wife, portrayed by the stunning Susan Sullivan.

In a nutshell, The Kominsky Method is the story of these two well-off pals, begrudgingly dealing with their stage in life while still finding hope and humor throughout.

For every sore spot there’s something to smile about – consider Sandy’s unfortunate urinary issues in contrast to his steamy romantic relationship with Lisa (played by Nancy Travis). Norman deals with his drug-addicted daughter (Lisa Edelstein), as he considers returning to work, only to find out how much things have changed over time. The two men reluctantly rely on one another, and we slowly see their softer sides which have secured their friendship through thick and thin. From hospital visits to money issues, these two pull it together, as much as they push each other’s buttons.

Many familiar faces make their way into Season 1’s episodes, including the hilarious Danny DeVito as Sandy’s somewhat unprofessional urologist, Ann-Margret as a friend of Norman’s, even Patti LaBelle playing herself. Actress Sarah Baker holds her own as Mindy, Sandy’s daughter, who must be more of the “adult” in her relationship with her not-always responsible dad.

We’re used to seeing Douglas do his thing on the big screen, Arkin too, although he’s been in plenty of television roles.  These two seasoned stars prove that Netflix certainly knows what they’re doing. The writing is brilliant, the acting never overdone, and the storylines keep us glued to the screen. Watching these men handle successes and struggles has never felt so real and raw, yet as the silliness slips in, it’s evident that a sense of humor is what keeps things rolling.

Related: “From Dickens to Bingeing: The Roots of Serial Television”

Before Season 2 is out, it’s a must to catch up with the eight episodes of Season 1.  The Kominsky Method is a feel-good show that’s never corny, a comedy that’s smart and sophisticated. But what exactly is the “method” referred to in the title? Find out for yourself, as you become addicted to this award-winning show.

0 comments on “The Kominsky Method – A Netflix Must-See”