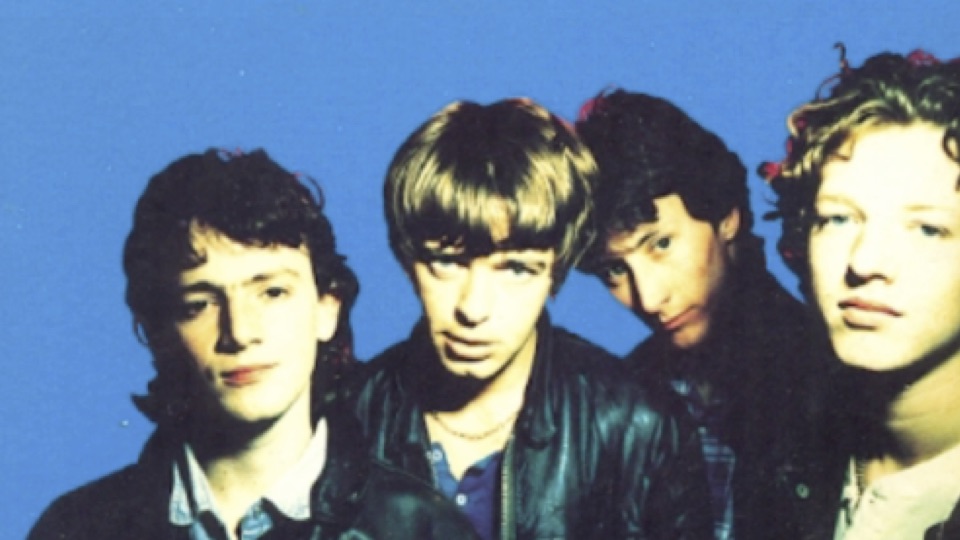 I’ll be honest: it’s been a bit of a challenge completing a write-up on the Liverpudlian rock act The La’s and their enigmatic frontman Lee Mavers. This was a band that took 3 years to complete their first album, 1990’s The La’s, (which they hated), and then never made another record due to Mavers’ refusal to accept anything beneath his intense standards. There’s something about their brand of eccentric perfectionism and willingness to scrap material that gets into your head: completing a piece on the legacy of a band with such a rigid ethic makes you feel inadequate if you don’t get it just right, and, as The La’s kind of prove, just right-ness can be an impossible benchmark and a highly paralyzing concept.

The average listener will be most familiar with The La’s for their 1988 song “There She Goes”, a two-and-a-half-minute pop anthem with one of the simplest and sweetest hooks of its time. With a radical sense of simplicity, the song eschews a verse-chorus structure in favor of a breezily repeated melodic refrain that somehow feels as elemental as “do-re-mi” but as deep and bittersweet as “She Loves You.”

Although “There She Goes” is an iconic tune, it wasn’t exactly a huge hit (the song only peaked at #13 on the UK Singles Chart upon its reissue in 1990) and The La’s were never household names. If they ever stood a chance to become bigger, their potential was quickly doomed by Mavers’ vocal hatred of their debut album (“I hate it, it’s the worst. A pile of shit. There is not one good thing I can find to say about it”) and his refusal to creatively compromise, which eventually resulted into a total stoppage of recorded output and the dissolution of the band (Mavers claims that he is working on new music, but he also insists he isn’t finished with The La’s first album). Despite their slightly tragic arc, The La’s still command a strong cult following, which includes notable musicians like Ben Gibbard and Noel Gallagher (who once said of Oasis, “we kind of want to finish what The La’s started”).

The La’s remain beloved for two main reasons. The first is, of course, musical. Though the band claimed that no official recording ever captured the raw majesty of their early demos, The La’s remains a brilliant album, with track after track of immaculate songcraft that combines the economy of blues-rock with the romanticism of jangle pop. The second reason is conceptual. Because Lee Mavers ended up becoming a reclusive enigma who never put out another studio album, The La’s, as a subject, became a playground for writers looking to muse on themes like perfectionism, lost potential, and the interplay of genius and madness. Mavers is a bit like the Liverpudlian version of Kevin Shields: a late-80’s musical prodigy who crafted a single perfect record before vanishing completely, leaving scores of empty-handed fans and critics to endlessly romanticize the “what-if’s” over the ensuing decades. Paradoxically, the failure of The La’s to sustain a career became one of the biggest assets to their legend.

The skeptic now asks: are The La’s really so amazing that they deserve credit for a single album that they didn’t even like? Is Lee Mavers truly such a gifted pop-smith that no recorded artifact can touch the sound in his own head, or is he only eternally toiling away on new music because of a fear that lightning won’t strike twice? Perhaps the myth of The La’s is just that, a myth, a byproduct of our human tendency to overrate things that are unfulfilled. Even Noel Gallagher has mused over this possibility by stating, “people say Lee Mavers is mad or a tortured artist but he isn’t. He’s just lazy. Well, either that or he doesn’t want to tarnish the reputation of what he knows he’s already achieved.”

We may never know if The La’s would have continued to produce great studio work had Mavers been comfortable releasing new material, but with what does exist, the precious fruits of his late-80’s output, it’s pretty clear that his band did have something, something special enough to warrant at least a small degree of the heroic status that they command today.

Listening to The La’s now, it certainly doesn’t sound as overproduced as Mavers insisted it was. The album, produced largely by Steve Lillywhite, sounds crisp and lean and timeless: bright in all the right places and skeletal enough to maintain the feel of a real band playing. Musically, there are no duds; every song is instantly catchy and jumpy, and no tune overstays its welcome.

Generally, the style on The La’s is stark and bluesy, with tracks like “Doledrum” and “I Can’t Sleep” pounding along to entrancing three-chord loops that wouldn’t feel out of place on an early Stones record. Mavers’ vocals evoke the raw insistence of a young Van Morrison, while the grit and tightness of the band behind him feels honed by many a night of raucous live performance. But behind the hard-edged veneer, The La’s were pop artists at the core, and their melodic sensibilities elevate even the most rootsy stomp into something casually elegant.

Take the song “Feelin’” (my personal favorite La’s track) as an example. The song tumbles along for a brief 1:45 and binds its repeating verses together with an ascending blues lick straight out of “Prodigal Son”. Although the song has all the flavor of a typical rhythm and blues tune, the occasional slide down to an E minor chord jolts the song out of rave-up territory and introduces an element of unexpected wistfulness. It’s that little surprise that makes the song and pulls the listener into a state of emotional ambiguity. By all accounts you’ve just heard a fast-paced rock song…so why did it have such a bittersweet shimmer?

Other tracks such as “There She Goes” and “Timeless Melody” are more traditionally poppy, and hit hard and fast with hooks that stick after a single listen. Mavers had a gift for restraint and never wasted a breath on a note that wasn’t catchy; his approach to pop appeared to be “write perfect hook, repeat, get out.” And lest these simple refrains get wearisome on the third go-round, Mavers kept them engaging with unique lyrics, often tinged with cryptic philosophy.

“Timeless Melody,” one of Mavers’ odes to creativity, has a particularly beautiful set of verses that make it hard to believe the man who wrote them struggled so deeply with completing his recorded output. Mavers exalts the transcendence of songwriting with lines like, “the melody chord unwinds me/the rhythm of life unties me/brushing the sand of time away”, and seems to address the subject of his legendary potential with the lines, “it’s only a word believe me/if only the world could see me/I promise I’d send the word away”.

Mavers gets even deeper (and darker) on tracks like the hard-rocking “Failure” and the ethereal “Looking Glass”, both of which find him musing rather grimly on the topic of personal history. “Failure” ponders how deeply mistakes can haunt us (“you wait in your room/bound to doom/to talk with the skeleton in the closet”) while “Looking Glass” finds Mavers getting melancholic on the subject of time passing (“the past, it never says it/it never makes a sound/whispered ways were chosen/echoes will be found”). The two tracks, which close out the album, are fairly foreboding, but their spirited musical accompaniments prevent too much darkness from encroaching.

While the lyrics on The La’s traverse through all manner of moods, the music is consistently upbeat and often joyous. The band was adept at capturing a Beatlesque sense of bittersweet optimism, and it is this feeling that lends the album its principal charm. The emotional spectrum of this 35-minute record may be wide, but the reassurance of its energetic melodicism is a salve that makes the light and shade sound equally appealing.

The legend of The La’s is immense, and certainly a large degree of The La’s appeal will always be derived from the glamour of scarcity and the tendency to romanticize art that was all honeymoon, no decline. And perhaps that’s not so wrong, perhaps Mavers was wise to leave us eternally wanting more, all in the name of his unbreakable ethic.

On the other hand, I believe it’s important to occasionally put these considerations aside completely for a half-an-hour and simply enjoy the vulnerable songcraft that makes The La’s a classic record. Mavers’ eccentricity is worth discussing but it doesn’t fully define him, and while it might be more interesting to talk about the music that he never made, you can only truly enjoy the music he did.

(Fair use image of The La’s)

2 comments on “The La’s: A Group In Search of Perfection”