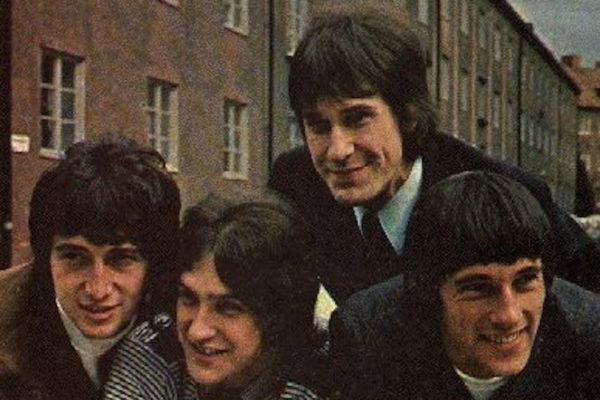 Nostalgia… How much time does it occupy when we’re ruminating on the past? And how much of that pastime is given to hopes and dreams that will likely never come to fruition? The wistfulness is a never-ending dance, but the road to reality is a far more difficult path to navigate.

Such is the time spent pondering the possibility that at some point a favorite band will choose to abandon all inner hostility and reunite, returning to the amazing music they shared in the past.  Of course, that’s mere speculation, the sort originally sown decades ago after the Beatles broke up and ardent devotees kept alive the possibility that the fab foursome would put their grudges aside and become an amazing one-some once more. The assassination of John Lennon crushed those dreams, and though the “Threetles” reunited to record a trio of auxiliary tracks in the mid-’90s, George Harrison’s passing in 2001 made any further possibility well beyond reach.

Sadly, death has robbed us of many of our idols and forced us to abandon dreams of a second coming. They’ll be no more Grateful Dead without Jerry Garcia, no Jefferson Airplane sans Paul Kantner and Marty Balin, no Tom Petty and the Heartbreakers, no Mamas and Papas, no Jimi Hendrix Experience, no Cream, no ELP, no Who (although the Two — Daltrey and Townshend —are doing their best to keep that combo going).

Still, there are enough fragmented ensembles to inspire wishful thinking and careful consideration. Granted, a bitter divide is hard to reconcile, and bridges between antagonistic exes are rarely navigated, even when huge sums of money are tossed their way. Even so, we can still fantasize that someday there’ll be a reunion in store for those hallowed heroes we worshipped in our youth.

To be clear, reclaiming any earlier glories might be a challenge. All of those remarkable bands set a pretty high bar early on. Expectations would likely be shattered if they were to reunite and attempt a sequel. Still, we can’t help but think, “What if?” A dare can bring disappointment, but risk also has its own rewards.

Here, then, is a list of those reunions we still pine for.

This should be an easy one given that only two people need convincing that they ought to reconnect. Granted, Paul Simon can claim a successful career all on his own, and Art Garfunkel…well, suffice it to say that he can still cull enough S&G classics and a few songs from his solo catalog to keep the faithful fully inspired. Still, there was something about those heavenly harmonies that make us wish they’d agree to at least a momentary truce. It’s happened before, and as these two old friends get even older, they ought to seize the opportunity while they still can. The sounds of silence lingering between them leave a mighty void.

Granted, Jeff Lynne seems to be doing fine fronting his current version of ELO, and given his distinctive vocals, knack for ornate orchestral arrangements and writing new music that echoes his past perfection, he really doesn’t need the other expats to keep the Electric Light Orchestra legacy fully charged. Nevertheless, there were some talented musicians who helped ignite the spark in the first place — among them, co-founder and multi-instrumentalist Roy Wood, drummer Bev Bevan, violinist Mik Kaminski, and synthesizer player and keyboardist Louis Clark. The latter two musicians continue to keep the legacy alive as part of a group simply dubbed the Orchestra, a thinly veiled tribute band that plays ELO’s hits. We can only imagine how potent the band would be if the key members reconvened and added their input to a new ELO incarnation. No abbreviation necessary.

Okay, we admit, this might be a challenge. David Gilmour and Roger Waters are decidedly at odds, due in no small part to the latter’s antagonistic attitude and polarizing politics. And with the passing of keyboard player Rick Wright, a complete reunion isn’t possible. We’re not even considering the fact that the band’s original madcap mastermind Syd Barrett left the fold early on and died in self-imposed isolation. Still, both Floyd factions continue to mine the band’s legacy, and for a time, Gilmour seemed content to carry on with drummer Nick Mason and various hired hands in tow. Mason meanwhile, has launched his own Floyd revival, adroitly dubbed “Nick Mason’s Saucerful of Secrets” in reference to the band’s seminal second album. The last time the group reconvened was for Live 8 concert in 2008, but afterward, they declined an offer of 136 million pounds to subsequently tour. Waters hasn’t shut the door to an eventual reunion, but Gilmour says it will never happen. Hmmm… who’s the feisty one now?

Related: “The 10 Best Pink Floyd Songs You May Have Never Heard”

This possibility would seem to be the easiest of all to transpire. As far as we can tell, Jimmy Page and Robert Plant remain on good terms and John Paul Jones, for all his various projects, could likely be lured into the mix. Drummer John Bonham has long since passed, but his son Jason still keeps the legacy alive with his Zeppelin tribute band and performed with his musical uncles during their one-off reunions. Besides, as long as the frontmen agree, the chances for success are already assured. The fans have never forsaken them entirely — note the abundance of Led Zep tee-shirts still covering the torsos of diehard devotees — and as long as the members are still making music, another go-round doesn’t seem out of the question. Would they be able to rehoist the heavy hammer of the gods? Good question, but we’re betting that deal could be done.

It seems the possibility of getting these four curmudgeons back together has reached a bit of an impasse at the moment. There’s always been some tension in their ranks, although it belies the fact that they made great music together back in the day. Chances are, they could do so again, but now it seems there’s another wrench in the works, one that revolves around the ill will Crosby caused when chastising his partners. Crosby and Nash were once best buds — their twosome continued even after the rest of the partnership went on hiatus — and Crosby credited Nash with helping bring him back from the brink. But something’s gone awry within their ranks. Young hasn’t helped either, given his contentious reputation, Meanwhile, the short-lived Buffalo Springfield reunion involving Stills, Young and Richie Furay offered hope that that widely revered band might make another go. Sadly, that was not to be. Is the total the sum of its parts? It appears that for now, we’ll have to be content to enjoy those individual components all on their own.

It’s always odd when brothers go their separate ways. They’re bonded by blood after all. It was little wonder that fans were distraught when the Everly Brothers split up, and the cantankerous Gallagher Brothers put an end to Oasis and the siblings at the helm of the Black Crowes bid goodbye. Still, the Kinks’ Ray and Dave Davies seem on relatively good terms, given that they had a surprise onstage reunion some months back. Drummer Mick Avery, who oversees the band’s Konk Studios, would likely be willing to reconvene as well. There’s been several bassists in the ranks over the years — Pete Quaife and Jim Rodford are sadly deceased — but John Dalton who took over after Quaife’s departure still stays true to the musical mantra through his role in a tribute outfit, The Cast-Off Kinks. That makes us think that for all the possibilities for potential reunions, a Kinks Konnection might be the one to really root for.

Related: “Ray Davies: Working Out the ‘Kinks’ Of A Reunion”