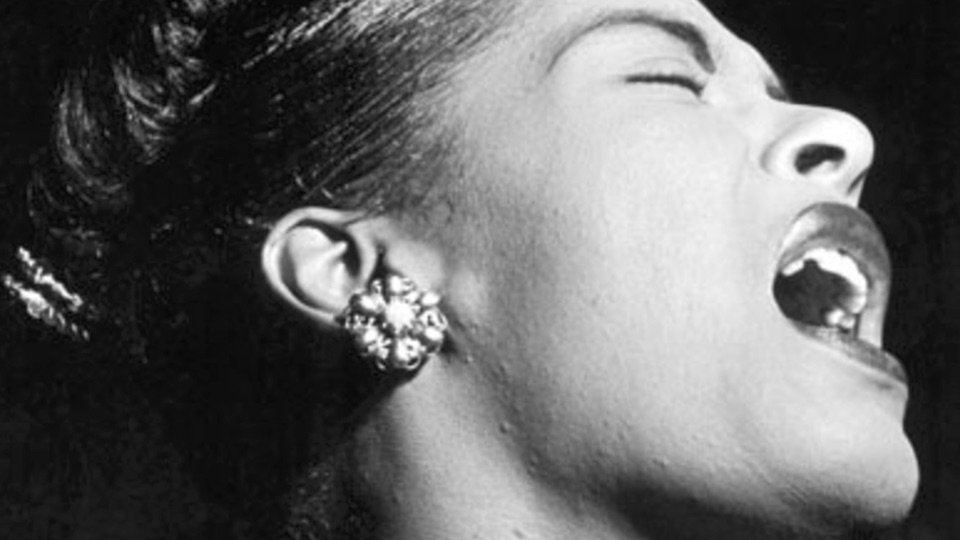 Oddly enough, the just-released documentary Billie is an intertwining tragic tale of two women. One is the subject Billie Holiday and the other, her biographer Linda Lipnack Kuehl.

The story of Billie Holiday’s rise to fame after a difficult upbringing is nothing new. Many books have been written about her success and ongoing struggles. Still, director James Erskine was able to create a different approach by combining oral history and film, thanks to tracking down a deep well of preserved transcripts, notes, and roughly 200 hours of cassette tape interviews left behind by Kuehl nearly 50 years ago.

Though Kuehl never met Holiday, her passion for the gardenia-wearing singer’s music led to eight years of interviews during the 1970s. Erskine described Kuehl as a brilliant interviewer who nailed down people from various stages of Lady Day’s life. This meant everyone from friends and family, to an FBI agent, jazz luminaries like Count Basie, and even a former pimp.

Her goldmine of an archive included an extensive paper trail of items pertaining to Holiday, such as police reports, royalty statements, court case transcripts, hospital records, shopping lists, private letters, and fragments of Kuehl’s own unfinished manuscript chapters. More than a mere fan, she was n the process of cobbling together pages for a new Billie Holiday biography.

Unfortunately, Kuehl’s dream of a finished product never materialized. Her body was found on a cold Washington, D.C. street during the unforgiving Blizzard of 1978. Despite there being no proof, the young high school teacher/journalist’s death was ruled as a suicide (a jump from a hotel balcony). Kuehl’s sister disagrees and believes the cause of death may have been murder possibly linked to the book she had been working on. Even in an audio interview with jazz great Count Basie, he alluded that some of his associates were not happy about this tell-all that was in the works. As for Erskine’s take on the matter, the director had this to say: “You certainly get the sense that the more interviews Linda did, the closer she did get to this sort of underground, seedy world. You do start to wonder if she was maybe doing a lot more than just uncovering Billie’s life, but also the political forces that wanted to silence her.”

With Billie, viewers will hear the voice of the late biographer telling one of her interviewees, “I’d like to write something that is real, that is really Lady Day, and people who don’t see her in any sentimental way, you know? Really, as she is.” Below is a sampling of interview highlights.

Jo Jones: Kuehl experienced a rather tense encounter regarding racism during her interview with Jones. The jazz drummer who toured with Holiday when they were a part of Basie’s band, pointed out, “Miss Billie Holiday didn’t have the privilege of using a toilet. The boys at least could go out in the woods. You don’t know anything about it because you never had to subjugate yourself to it. Never.”

Memry Midgett: In one of the recordings, the pianist is heard saying, “She (Holiday) would call me up, maybe 3, 3:30, 4 o’clock in the morning. It seemed like she was almost hallucinating, and she would say ‘Oh, I’m here all by myself.’ Like she would talk to me for hours and tell me about how she got in prostitution. She was 13-years-old…(eventually) she had her own girls on the street. She was terribly worried about whether or not God would forgive her.”

Jimmy Fletcher: The narcotics agent who was assigned to conduct surveillance on Holiday shared with Kuehl that he never stopped feeling guilty for what he’d done to Lady Day. Interestingly, director Lee Daniels’ The United States vs. Billie Holiday is set to hit the screens in early 2021. The story is centered around the sting operation led by Fletcher who allegedly was also having an affair with Holiday a/k/a Public Enemy #1. The movie stars singer Andra Day as Billie Holiday, Trevante Rhodes as Agent Fletcher, and Natasha Lyonne as actress Tallulah Bankhead, who was also rumored to be one of Holiday’s lovers.

As for Billie, according to Erskine who now owns the rights to Kuehl’s cherished stash, “I feel we completed Linda’s journey.”

Billie premiered on December 4 and is available for streaming through Amazon, FandangoNow, Google Play, iTunes, or Vudu.

0 comments on “The Long Journey to “Billie””