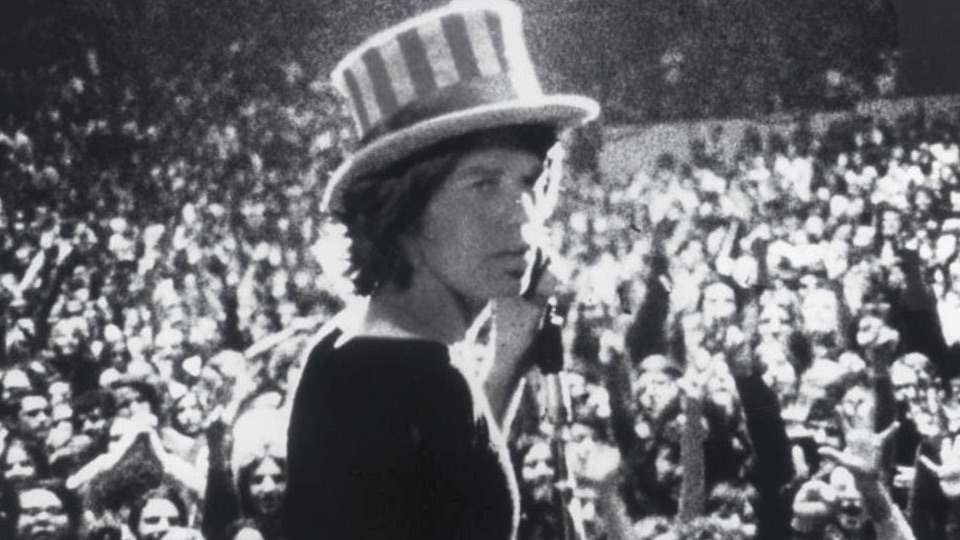 Editor’s Note: December marks the 50th anniversary of the Maysles’ seminal documentary, Gimme Shelter. The Maysles Documentary Center in Harlem is presenting Gimme 50, a month-long series of documentary films from the late 60’s and early 70’s that capture the political, social, and cultural trends that influenced the events depicted in the film. Stream these fascinating films here.

And use the code SONAR for 20% off the full pass!

No doubt that 2020 has been a ride. Like a rollercoaster-with-one-side-hanging-off-the tracks- and-no-one-at-the-switch-down-below kind of ride. We’ve been stalked by the virus, political chaos, social unrest – and lots and lots of change. We didn’t know it at the dawn of this year, but something was most definitely about to end — as in, life as we’ve known it.

I’ve been thinking about Altamont, that famed Dec. 1969 concert at Altamont Speedway in California, famously captured in the 1970 film Gimme Shelter. It was billed as the “West Coast Woodstock,” loosely organized by the Jefferson Airplane and Grateful Dead, and featuring the Rolling Stones as the big closing act.

Just months after Woodstock, it was meant to be another “peace, love and music” type event. It was anything but.

Rock historians often cite “Altamont” as the moment when the hippie dream died. The scene was chaotic and violence broke out, ultimately resulting in the death of Meredith Hunter at the hands of the Hell’s Angels. Quite a way to send out the 60s.

One reason that the concert went sideways was the sheer lack of organization. After two sites fell through, the Speedway was chosen, but with such little time to prepare, everything was done on the fly.

This year has forced all of us to live “on the fly,” reinventing established routines at the last minute. It’s been a rolling ball of chaos and unpredictability. And don’t get me started on all the Zoom calls that suddenly drop…

The mood at Altamont was pretty dark. In the vernacular of the time, “bad vibes” were everywhere (largely due to the really harsh drugs being ingested). Let’s face it: 2020 has been full of bad vibes. It’s been unavoidable (no wonder online liquor orders jumped 262 percent this year).

Related: “Reconsider Me: The Rolling Stones’ ‘Black and Blue’“

At Altamont, The Grateful Dead were supposed to perform; as things devolved around them, they passed. Later, Phil Lesh regretted that move, noting they had bailed on demonstrating their belief in the power of music to bring people together. “Not our finest hour,” he commented.

Unlike that particular moment though, in 2020 more folks did step up to back their beliefs with action – even during this most difficult time. Activism of all types has been big this year. While it’s definitely been uncomfortable, unlike Lesh, there are fewer folks regretting not walking their talk in a key moment.

At the time of Altamont, the Stones were coming off their epic US tour. They were overly confident in their own ability to control the crowd. The low stage (another consequence of the lousy planning), put them uncomfortably close to the audience (and provided a front-row seat to the violence and murder). What happened at Altamont clearly shook the band. That up-close look at some harsh realities brought them back down to earth pretty quick; they’ve rarely spoken about it publicly.

Safe to say that at the start of this year, many of us had a sense – to varying degrees – of a certain everyday invincibility. We could handle our stuff — until we couldn’t. The circumstances of Altamont in 1969 humbled the Stones; I would say that 2020 has certainly humbled us.

Yet even as the spirit of the 60s closed out on that dark day, the Stones went on, creating exceptional music in the next decade. As we put this part of the ‘00s in the rearview mirror (and that can’t come fast enough), let’s look forward to creating our own next chapters. “‘Cause, it’s all right now…”