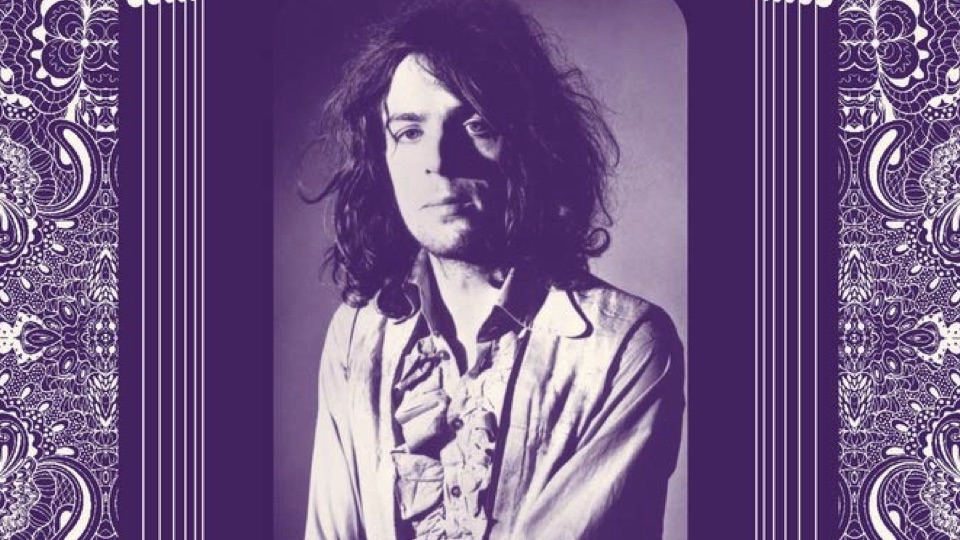 Pink Floyd was that most curious of outfits: the quintessential seventies band, who guided their way through life without involving themselves in the British music press. Everything they wrote was a commentary on the world, conditioning listeners to a geography even more alien than their cosmic cover art. Behind these images were a group of Southern English men, each determined to stick to their anonymity versus catering to an audience more interested in spectacle than story. During their fifty-year tenure, stood Syd Barrett, the guitarist who came closest to serving as the band’s bona fide frontman — and the focus of the new book, The Lyrics of Syd Barrett.

He was naturally handsome — those pink shirts stood beautifully on his shoulders — but it was his lyrical abilities that initially enabled him to front Pink Floyd as impressively as he did. With their debut, The Piper At The Gates of Dawn, Barrett conjured an album every bit as far-reaching as The Beatles’ seminal psychedelic opus, Sgt.Pepper’s Lonely Hearts Club Band.

As the world shifted away from the collective onto the individual, Barrett’s stark, singular prose struck into the hearts of the freewheeling members of the countercultural movement. His images pierced with unearthly precision on the title track to their 1967 debut:

“Lime and limpid green, a second scene/ A fight between the blue you once knew

Floating down, the sound resounds/ Around the icy waters underground”

Here, unveiled for the first time, Barrett’s literary acumen can be processed for every nuance. The book – complete with a canny introduction from biographer Rob Chapman – offers an outline every bit as colorful as the paintings Barrett translated from the art colleges into a soundscape. There was “Apples and Oranges,” Barrett’s mystical portrait of smoke through a multi-colored lens; there was “Chapter 24,” a suite molded on the teachings from The Book of Changes; not forgetting “Arnold Layne,” a progressive pop masterwork. Concocting a tale of lechery and lingerie, the images that shot through the three-minute single spoke of a country presented in motion, preserved in time.

Between them, Barrett and Pink Floyd made a name for themselves through a fan base that tempered their tastes on material as intellectual as it was truthful. This is what made Floyd so successful and so succinct: that the work proved so effortlessly commercial only served to demonstrate the sophisticated palettes among their listeners.

By the seventies, Barrett was dealing with his personal issues. Floyd welcomed a new lead vocalist, but the debt David Gilmour owed to his predecessor was one he spent the rest of his life acknowledging. When Barrett began writing The Madcap Laughs, it was Gilmour who volunteered himself as co-producer. His spirit was further celebrated by Roger Waters, the band’s bassist, and Waters made it his mission to re-purpose the poet as one of the more singular in rock. From Wish You Were Here to The Wall, Waters’ works fleshed out the songs Barrett left to him in a flush of glorious madness. And yet however magnificent Barrett came across on the tremblingly vulnerable “Shine On You Crazy Diamond”, no one – not even Waters – could create a troubled spiritual journey with the economy that Syd’s  “Octopus” and “Bob Dylan Blues” displayed.

This is what made Barrett so uniquely brilliant, but the spark that burned beneath those deep movements of thought seemingly ended after the release of his eponymous 1970 work. From then, the writer became rock’s most elusive player but remained as integral to the band decades after he’d left the stage. The sprawling 1994 album The Division Bell referred to their idol both implicitly (“High Hopes”) and explicitly (“Poles Apart”). There, steeped in post-modernist palettes, Barrett’s contributions had come full circle, and the purity that fuelled the band at their most pivotal now proved their standing.

3 comments on ““The Lyrics of Syd Barrett”: Inside A Troubled Genius”