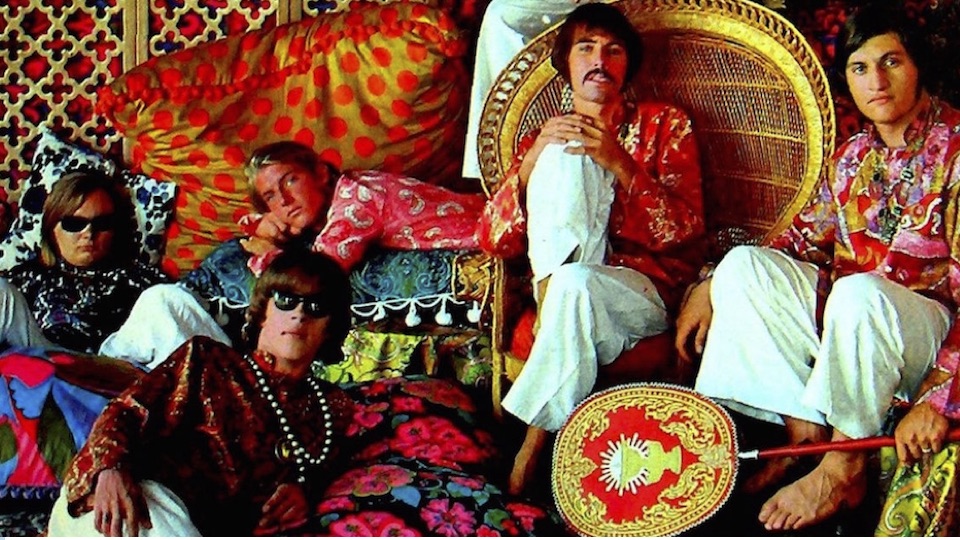 There are some songs that richly evoke the era in which they were originally released. “Incense and Peppermints” by the Strawberry Alarm Clock is definitely one of them. The tune’s groovy vibe instantly transports you back to the Summer of Love. The song floated up the charts in 1967, eventually hitting Number One. You told us in one of our informal Facebook polls that this was one of your favorite “one-hit-wonders.” So how did it come to be?

The Strawberry Alarm Clock initially came together from former members of several Southern California bands. The group recorded a few singles in 1966-67 under the name Thee Sixpence, including a cover of the acid rock perennial “Hey Joe.” There were some lineup changes to the band during this period, but ongoing members included Lee Freeman on vocals and rhythm guitar, Gary Lovetro on bass, Gene Gunnels on drums, Mark Weitz on keyboards, and Ed King (later a charter member of Lynyrd Skynyrd) on lead guitar.

“Incense and Peppermints” had an intriguing genesis. The song began as an instrumental by Mark Weitz and Ed King. The band’s producer, Frank Slay, had songwriter John S. Carter work up some lyrics for the tune. Carter and his writing partner Tim Gilbert ended up being credited for the song, while Weitz and King were noted only as arrangers. The band was initially unimpressed with the lyrics, and sixteen-year-old (!) Greg Munford, who was a guest in the studio on the day the song was cut, ended up performing the lead vocals. Despite singing on their biggest hit, Mumford never actually became a member of the band. The tune was originally issued as the B-side of a Thee Sixpence single called “Birdman of Alkatrash.” Radio stations in the Los Angeles area actually flipped the record over and began playing “Incense and Peppermints” instead of the A-side. The song grew in popularity and gained a national release on Uni Records, christened with the band’s new name, the Strawberry Alarm Clock.

“Incense and Peppermints” spent 16 weeks on the charts, eventually landing in the top spot in November 1967. The success of the song initiated the band’s reputation as purveyors of psychedelic rock laced with a dose of sunshine pop. There were some further lineup changes in the band during this period. George Bunnell joined the group on bass, while Randy Seol came on board to play drums and provide vocals, replacing the departed Gene Gunnels, who later returned to the band. Their debut album, titled after their popular single, made a strong showing on the charts, and the group ended up going on tour with acts like Jimi Hendrix, Buffalo Springfield, The Beach Boys and The Who. The band then started work on music for a follow-up record. Mark Weitz and Ed King penned their next single, “Tomorrow,” which reached Number 23 on the charts in 1968. The song is a cross between the psychedelic feel of the band’s signature hit, and the pop/folk-oriented sound of groups like The Mamas and The Papas.

“Tomorrow” was included on the group’s sophomore release, Wake Up…It’s Tomorrow. While the disc was a solid collection of tunes and a heady slice of psychedelic rock, it didn’t scale the heights of their first album in sales or on the charts. The group also recorded a song for the 1968 film Psych-Out, a counter-culture themed drama starring Susan Strasberg and Jack Nicholson. “Pretty Song From Psych-Out” which they performed in the movie, brought them further visibility and success. Despite the quality of the band’s own compositions, Uni Records decided to bring in outside talent for their next album, The World in a Sea Shell and brought back writers Carter and Gilbert, as well as contributions from veteran tunesmiths Carole King and Toni Stern. The label’s insistence on other writers caused a rift between the band and their management, and Seol and Bunnells quit the group. The two men, along with the band’s former manager, created a competing version of the Strawberry Alarm Clock and began performing under that name. Things eventually got resolved, but having two versions of the group playing live caused confusion for their fans, and diluted their success.

The core group entered the studio once again in 1969, with the addition of guitarist/vocalist Jimmy Pitman, to work on their next record, Good Morning Starshine. The songs on their fourth album were more blues and rock-based, with a heavier, less psychedelic sound. The only exception was the title track, a song from the popular musical Hair, which received some radio airplay before being overtaken on the charts by Oliver’s hit version. The band soldiered on for two more years before splitting up in 1971. There have been reunions of the group over the years and the current touring version of the band features longtime members Gunnels, Seol, Weitz and Bunnell. Thanks to its enduring appeal, “Incense and Peppermints” has a celebrated legacy. The tune has been featured in TV shows such as The Simpsons, and movies like Austin Powers: International Man of Mystery. It’s a song that can still bring back vivid memories of peace, love, and flower power.

Image from album cover of “Incense and Peppermints”

9 comments on “The One-Hit-Wonder File: “Incense and Peppermints””