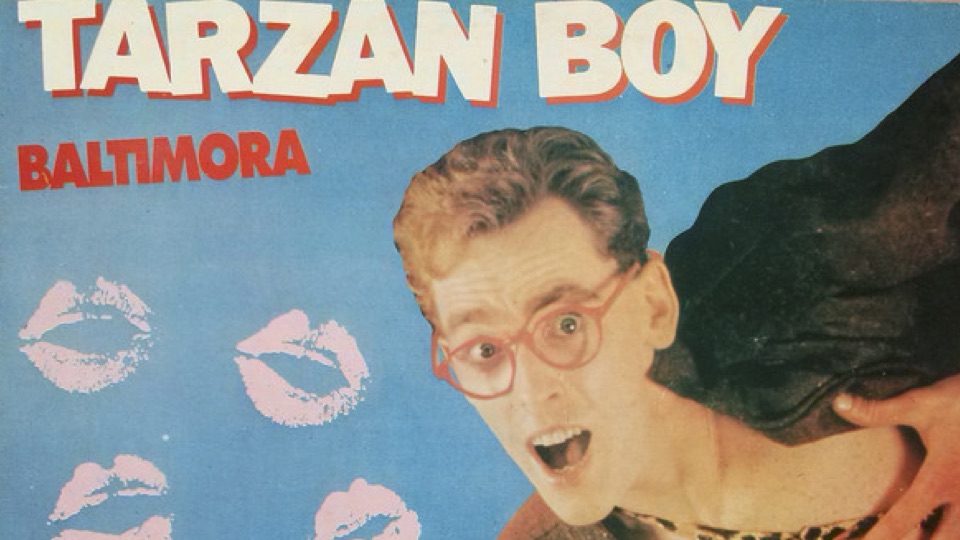 With its jaunty hook, electronic beat, and memorable wail, “Tarzan Boy” was destined to be an American hit. Launching onto the Billboard top fifteen, the bouncy video featured an Irish man jiving to the pounding rhythm. Jimmy McShane, a stage school graduate who’d taken a liking to the underground clubs populating Milan, brought an Irish sensibility to the growing field of Europop. With Baltimora (the act McShane was fortunate enough to front), British listeners had a front-man that bore their own aesthete.

But the voice that rises over the synthesizers is not McShane but Maurizio Bassi – raconteur and disco producer. Aided by Naimy Hackett, Bassi created “Baltimora,” a pop outfit designed for dance clubs, conjuring a sound in their own genre. Their debut single, “Tarzan Boy,” captured the 80s zeitgeist with its nonsensical tone and character. In keeping with the decade’s aesthete, the song featured a number of different mixes. Replete with passion (Bassi invited what he considered the highest caliber of musicians to contribute to the track), the song matched McShane’s inexhaustible energy and presence. His feet carried the beat, his face captured people’s imagination, and his easy rapport on television made McShane the ideal visual frontman. And so he lounged over their singles, posters, and album covers.

McShane and Baltimora climbed the European charts before the song rested on the Billboard charts in February 1986. Keen to profit from their winning formula, Baltimora released the synth-heavy “Woody Boogie,” a bouncy pop number with a chorus every bit as ludicrous as “Tarzan Boy.” Dressed from head to toe in sports regalia, McShane danced his way through the four-minute video with exuberance, offering his hips to any passer who fancied themselves a dance partner.

It was a sensational hybrid that married McShane’s choreography with Bassi’s melody, but an effort that fell on deaf ears. Baltimora’s first album – Living in the Background – was a modest hit; their second (Survivor In Love) wasn’t even that. When the lead single “Key Key Karimba” – a drum-heavy ballad, every bit as typical as the bouncy pieces that played all over the radios in 1987 – failed to chart, Baltimora lost any sense of their place and chose to disband. Bassi, eager to use McShane as his “mouthpiece” during his most fertile decade of creativity, has recorded relatively little in the intervening years, opting to watch the shifting musical landscape through his children Emiliano & Matteo Bassi.

McShane died in 1995, a victim of the AIDS pandemic that also robbed the world of fellow vocalists Freddie Mercury, Easy E, and Liberace. Such was his importance to the band’s image, none had dared share the truth of his lip-synching during the dancer’s lifetime. Six years after his death, American producer Tom Hooker – himself a ghost vocalist for Italo disco artist Den Harrow – revealed the truth. McShane remains a bastion of pride for his home city of Derry in Northern Ireland: a commemorative plaque was placed in his memory. Rocks fade, words dissipate, but McShane’s legacy as one of the foremost emblems of Europop is eternal.