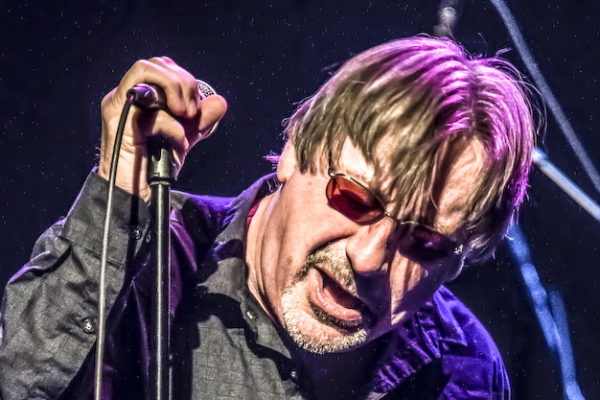 Sometimes the term “bar band” describes a group of amateurs who cover popular songs for Saturday night crowds hoping to dance the night away in a beer-filled haze of nostalgia. But some bar bands are so much more than that. Case in point: Southside Johnny and the Asbury Jukes. For over 40 years, these working man’s rockers have shown us just how great a bar band can be via unforgettable, sweat-drenched live performances that have electrified audiences in venues big and small. The band emerged from the same New Jersey music scene as Springsteen, Bon Jovi, and The Smithereens. And when you factor in guest appearances from the likes of The Boss and Little Stevie, it’s safe to say that Southside Johnny and his cohorts are about as rocking as a bar band can get. Here are examples of their “live” magic.

1. “I Don’t Want to Go Home”
Take a look at this 1980 live performance of the title track of the band’s 1976 debut album. This Steven Van Zandt-penned tune is an excellent intro to the group’s signature sound: Southside Johnny’s passionate vocals, the band’s tight musical chops, and those ever-present R&B horns. When heard at a club like The Stone Pony, you’ll wish the night would go on forever.

2. “Talk to Me”
Over the years, Southside Johnny and the Jukes have lost none of their mojo. This fairly recent video features keyboard maestro Jeff Kazee and bass player extraordinaire John Conte, in particular, tearing through a key track from the group’s third album, 1978’s Hearts of Stone. Unsurprisingly, Kazee and Conte are also part of Southside’s rootsy side project Southside Johnny and The Poor Fools.

3. “Walk Away Renee”
Any bar band worth its salt still needs to redefine a few classics and Southside Johnny and The Asbury Jukes do a phenomenal rendition of The Left Banke’s “Walk Away Renee.” The original version was included on 1986’s At Least We Got Shoes, a sadly neglected album (and a personal favorite of mine) from the band’s catalog. That record also has an outstanding version of Dusty Springfield’s “I Only Want To Be with You.”

4. “Angel Eyes”
Here’s a song from a unique 2011 show in which Southside Johnny performed the entire Men Without Women album released by Little Steven and The Disciples of Soul in 1982. Several tunes from that original album were initially intended for The Jukes. This particular concert (which featured guests like Van Zandt himself) was eventually released by Leroy Records as Men Without Women Live and stands as a testament to the band’s ferocious live shows.

Related: “Just How Crazy Did It Get with The Good Rats?”

5. “Love On The Wrong Side Of Town”
This 1977 clip is from the BBC series The Old Grey Whistle Test. It features the band’s excellent take on one of the best songs from their second album This Time It’s For Real. This performance showcases the frontman’s most soulful side as well as his effortless charisma — always a key component of the band’s oh-so-memorable live shows.

6. “Having A Party”
No list of live performances would be complete without the band’s sterling cover of this Sam Cooke classic. One of the band’s signature tunes, this song was played endlessly at mixers and dorm parties during my college years. This vintage clip spotlights the band at the height of its early success when The Jukes were rivaling The E Street Band for raw power and concert endurance. That power to last the night has served them well.