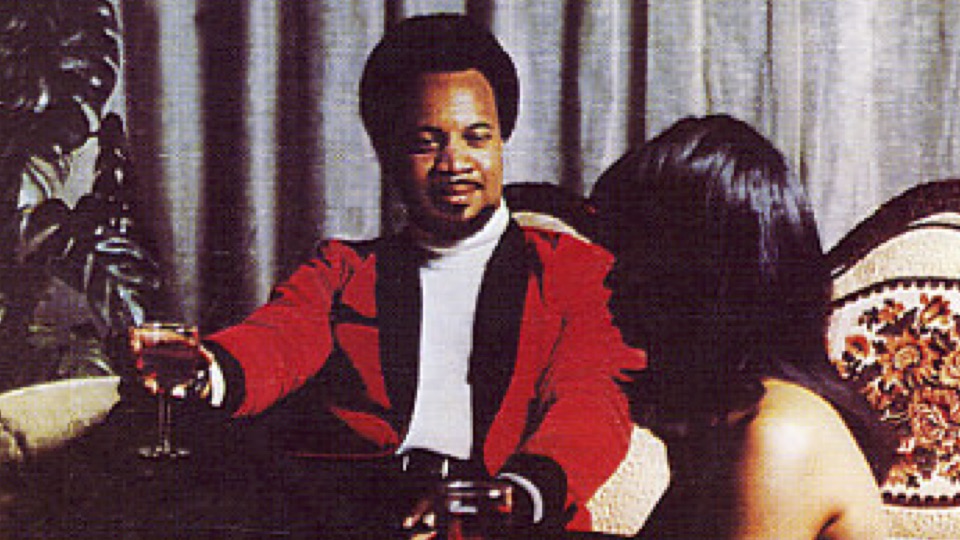 When I say the name “Tom Brock,” your first reaction is probably “who?” But after you listen to his album, your next reaction will be “Why have I never heard of him?” I love discovering obscure artists. They’re like footnotes in music history, except they shouldn’t be. Tom Brock is one of the greatest soul singers almost no one’s ever heard of.

He was a songwriter who worked with Barry White in the 1970s. He helped write songs for Gloria Scott’s 1974 album, What Am I Gonna Do. One of the songs, “A Case of Too Much Love Makin,” ended up being a minor hit on the R&B charts. It was that same year, Barry White produced what would be Tom Brock’s one and only album of his career titled, I Love You More And More.

When you hear Brock’s voice, you’ll immediately notice the similarity to Marvin Gaye. And if Cee-lo Green had a long-lost father, it would have been Tom Brock. Their voices are almost identical. One could wonder if the Marvin Gaye similarity was why the album wasn’t promoted much. Maybe they didn’t find his sound that original. It’s true that a lot of the songs sound similar to other songs of the time. But it doesn’t mean they weren’t really good.

The first track might sound familiar to you. Brock was the original singer of the song “Have a Nice Weekend Baby,” which was later covered by the band West Wing. This could have been the last song of any high school dance. The crooning continues into the next track, “The Love We Share Is the Greatest of Them All,’ which has that classic 70’s soul music sound. The similarity to Marvin Gaye becomes really evident in the next two tracks. You’d think they could have been long lost brothers. In “There Is Nothing in This World That Can Stop Me From Loving You,’ you can hear it clearly when he sings “oh baby” at the beginning of the track. His voice effortlessly glides through the lyrics throughout the song.

The title track, “I Love You More and More” almost sounds like a slowed-down version of “Mercy, Mercy Me.” Or an alternate version of “Inner City Blues.” The voice similarity is pretty eerie in this track. It’d be the least surprising thing to learn if Brock was ever influenced by Gaye. “Naked as the Day I Was Born” has “Papa Was A Rolling Stone” written all over it, except it’s a love song. Tom Brock really shows off the power of his voice in this track.

“That’s the Reason Why” is probably the only low point of this album. It was creatively ambitious, but the chorus melody wasn’t as catchy as any of the previous tracks. But the album bounces back on the last two tracks. “Shake Me, Wake Me” is a lighthearted fun song that’s hard not to bop your head too. It’s got that Jackie Wilson, carefree vibe to it.

Of all the tracks on this album, the last one is definitely the best. “If We Don’t Make It, Nobody Can” has a sound that pulls you in like a theme to a 70’s cop show. Once Brock’s voice comes in, that chorus hook catches you immediately. This song definitely would have been a hit if it had been promoted as a single. The song had such a unique lyrical take on keeping a relationship together. I can’t imagine that originality would have gone unnoticed.

Why 20th-century outlets didn’t feel this album was worth promoting more at the time is beyond me. Was the album just a good parody of the sounds being played at the time? Maybe. But the fact is, it was good!

There’s very little known about Tom Brock’s life after this album was released. I can only assume he lived a quiet life until his death in 2002. But his work didn’t go completely unnoticed. In 2003, Brock’s song “There’s Nothing In This World That Can Stop Me From Loving You” was sampled and used in rapper Jay-Z’s hit song, “Girls, Girls, Girls.” This brought some more attention to Brock’s music again.

His songs have now been sampled and covered over 50 times. So despite being a footnote in music history, his sound still remains heard to this day. Another album would have been nice, but Tom Brock made an album that any soul artist would have been proud to have as their only album.

Image from Tom Brock’s album “What Am I Gonna Do”