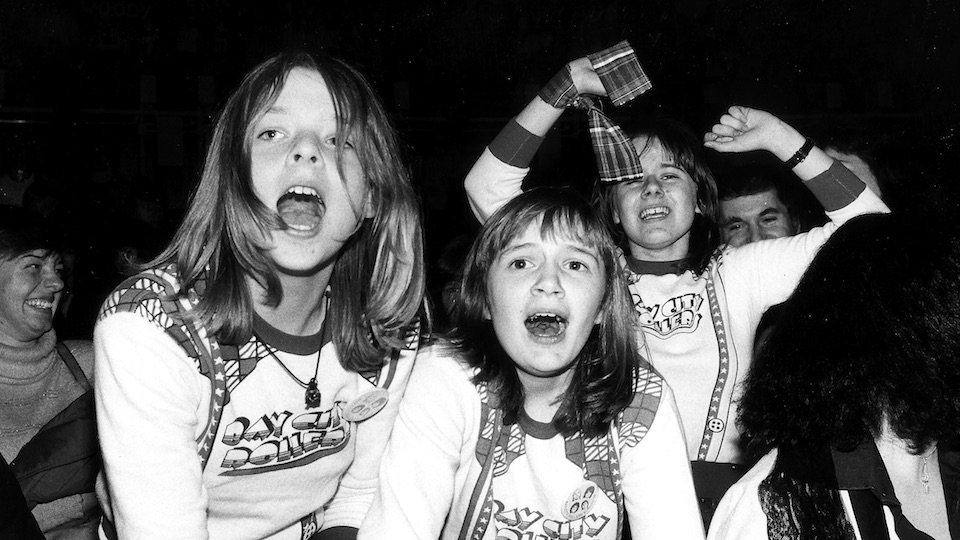 This charmingly goofy post, from back in 2019, is (justifiably) one of our “greatest hits.” In the middle of relentlessly difficult news cycles, this seems a perfect time to revisit it and enjoy the respite.

Bubblegum Music: songs sprinkled with catchy choruses and lighter than air melodies, backed by exuberant instrumentation and production. It’s a genre that’s often maligned by purists as lightweight and disposable. After all, some of these records were available on the back of cereal boxes (!) during the genre’s heyday in the late 1960s and early 1970s. But many of these tunes are memorable examples of pop songcraft at its best. Bubblegum music made a significant impact on both the charts and the airwaves, despite the fact that many of its key bands (like The Archies) never actually existed outside the studio, where top session musicians, songwriters, and producers created the songs. Other artists (The Monkees, Tommy James & The Shondells, Herman’s Hermits) visited the genre but weren’t permanent residents within its confines. Here are ten examples of the chewiest, sunniest pop confections ever committed to vinyl.

This slice of psychedelic bubblegum by The Banana Splits truly needs to be heard to be believed, with lyrics like “I live in a cucumber castle on the bank of a cranberry sea.” The Banana Splits were the costumed hosts of a Saturday morning kids show. The “group” performed songs every week, written by such music luminaries as Al Kooper and Barry White. This one is by Joey Levine, whose legend looms large in the annals of bubblegum.

The 1910 Fruitgum Company started out as Jeckell and the Hydes, a New Jersey-based band featuring Frank Jeckell and Mark Gutowski. “Simon Says,” with lead vocals by Gutowksi, was written by Elliot Chiprut, who also co-produced the track with Jerry Kasenetz and Jeff Katz. The nursery rhyme based ditty was one of the first (and biggest) bubblegum hits. The band also scored on the charts with “1,2,3 Red Light” and “Goody Goody Gumdrops.” Do you sense a theme here?

Credited to the Ohio Express, this Kasenetz-Katz project was a renamed version of Joey Levine’s previous group, the Rare Breed. The version of the song released as a single was actually Levine’s vocal demo, which featured backing by studio musicians. The Ohio Express also scored hits with “Chewy Chewy,” and “Beg, Borrow or Steal.”

Ron Dante, who also sang for The Archies, provided all of the vocals on this summery pop confection, which was credited to The Cuff Links. Written by Lee Pockriss and Paul Vance, the song was originally released in 1969, and it was an AM radio staple for many years.

Crazy Elephant was yet another “group” from Kasentez-Katz, who promoted this band as being a group of Welsh coal miners (please note: they weren’t coal miners at all). It’s a bit more rock-oriented than some of the other tunes in the bubblegum canon. The Kasenetz-Katz partnership was one of the most prolific production teams during the genre’s heyday, notching a dozen top 40 hits.

This foot-stomping entry by the Scottish band The Bay City Rollers was a late entry in the genre. It was a number one hit in the US in 1976. Joey Ramone has stated in interviews that The Ramones were fans of the band and bubblegum music in general. Apparently, they really liked the idea of short, punchy songs with chant-able choruses. “Hey ho! It’s Saturday Night!”

4. Love Grows (Where My Rosemary Goes)

Tony Burrows, who sang lead on this irresistible tune by the non-existent Edison Lighthouse, also provided vocals for the faux pop groups White Plains, First Class, and The Brotherhood of Man, all of whom had hits during the 1970s. Burrows was sort of a one-hit wonder vocal maestro, appearing on the charts as the lead singer of five different groups!

While the Sweet later morphed into glam rock icons with songs like “Fox On The Run” they sure sounded pop-tastic on this earlier single, a guitar-drenched number written by Nicky Chinn and Mike Chapman, who also provided hits for Suzi Quatro and Smokie.

The Partridge Family was a band (fronted by David Cassidy and Shirley Jones) created for a TV series which was initially based on the real-life pop group The Cowsills. Featured on their debut LP, The Partridge Family Album, this infectious song helped cement Cassidy’s status as a teen idol. Produced by Wes Farrell and written by Tony Romeo, it went all the way to number one in 1970.

“Sugar, Sugar” was written by Andy Kim and Jeff Barry for The Archies, a “band” comprised of characters from the long-running comic book series, and featured on a Saturday morning animated show. This delightful earworm showcases vocals by Ron Dante and Toni Wine, who sang on many other recordings for the group, including “Bang-Shang-A-Lang,” and “Sunshine.” According to Billboard, “Sugar, Sugar” was the number one song of 1969. The iconic bubblegum classic was later covered by Wilson Pickett and Tom Jones.