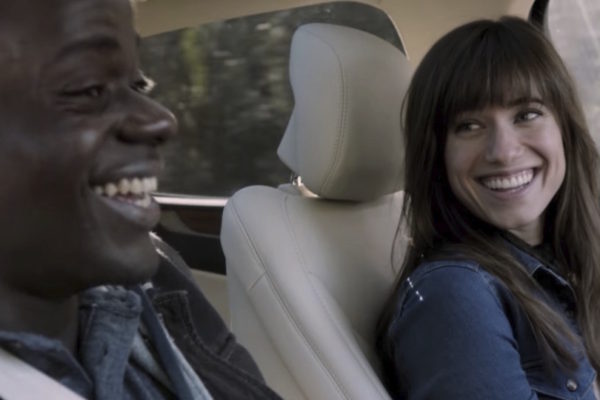 As the year comes to a close, it’s time to celebrate to finest films that have graced the big screen over the past twelve months. From big blockbusters to art house hits, there has been a wealth of fantastic movies released this past year, proving that filmmakers are continuing to forge new paths in order to entertain, excite, and educate us. The movies that have been selected here range in budgets, scales, and subject matter, but have all been chosen due to their singular voice, their visionary execution, and their ability to shape and illuminate new grounds for discussion. So here it is: our picks for the top ten films of 2017.

10. Wonder Woman
Giving the DC Extended Universe the breath of fresh air it so desperately needed, Wonder Woman is an exhilarating superhero flick with feminism at its core. Starring Gal Gadot and set during WWI, the film tells the origin story of Diana of Themyscira and her quest to save mankind from devastating bloodshed. Director Patty Jenkins brings a zeitgeisty take to the worn-out superhero genre by infusing Wonder Woman with female empowerment and empathy, making it not only a fun but inspiring.

9. The Big Sick
This one is exactly what we needed this year — a hilarious, heartfelt story about love and acceptance in all its forms. Directed by Michael Showalter, The Big Sick recounts the courtship of Pakistani comic Kumail Nanjiani and his American wife Emily V Gordon. After Kumail (played by himself) meets Emily (Zoe Kazan) at one of his gigs, a relationship blossoms yet he can’t bring himself to introduce his non-Muslim girlfriend to his traditional family. Things change when Emily suddenly winds up in a coma and Kumail finds himself forming deep relationships with her parents (Holly Hunter and Ray Romano) and learns to confront the cultural pressures weighing him down.

8. Lady Bird
Greta Gerwig’s directorial debut is an exquisite coming-of-age comedy told with authenticity and warmth with a remarkable cast featuring Saoirse Ronan and Laurie Metcalf. This semi-autobiographical pic concerns a confused teenage girl from Sacramento, and proves ultimately to be a loving portrait of girlhood. Wry, witty, and bitingly smart, Lady Bird modernizes the coming-of-age tale with a candid, feminine view that is as timely as it is triumphant.

7. I Am Not a Witch
Rungano Nyoni’s exciting debut is an impressionistic depiction of superstition in a small Zambian community. When Shula is found guilty of witchcraft following an incident in her village, the young girl is taken into state custody then exiled to a witch camp in the middle of the desert. Cruelly comedic and thoroughly riveting, I Am Not a Witch features striking cinematography alongside its top-notch acting, especially that of young actress Maggie Mulubwa. Although it may have skipped your local multiplex, this one is a spellbinding piece of magical realism and likely the start of one auteur’s career.

6. Dunkirk
Christopher Nolan’s retelling of the events of May 1940 on the beaches of Dunkirk is breathtaking in its depiction of bravery and sacrifice. With a nerve-wracking score and masterful acting, this thoughtfully non-linear war epic has proven itself to be Nolan’s most intense thriller yet. Bold, dramatic, and completely visceral, Dunkirk is an essential viewing for both its raw authenticity and its powerful effect on the soul.

5. The Shape of Water
Guillermo del Toro’s latest is part surreal fairy-tale, part traditional creature feature, and overall delight. The story revolves around Elisa (Sally Hawkins), a mute cleaning lady at a high-security government laboratory, and an aquatic creature with whom she ends up forming a romantic bond. Set in Cold-War Baltimore, this fantastical tale tackles love, tolerance and temerity. Delicate and tender, this is a timely feature likely to enchant you with its beauty and grace.

4. The Florida Project
Vibrant and endearing, Sean Baker’s follow-up to Tangerine is an incredibly poignant look at childhood as experienced at The Magic Castle, a cheap motel on the outskirts of Disney World. The film follows the day-to-day lives of six-year-old Moonee (Brooklyn Prince) and her mother (Bria Vinaite) over the course of a single summer when the two live hand-to-mouth alongside a motel manager (Willem Dafoe), whose stern exterior masks a compassionate, forgiving soul.

3. Call Me By Your Name
This affecting tale of romance between a precocious teen (Timothee Chalamet) and his family’s 20-something houseguest (Armie Hammer) is full of bittersweet yearning. . In truth, it’s one of the purest depictions of young love to grace the big screen in a long time and the rawness of its sincerity can be sheer bliss to watch. No other film this year had as captivating or intense a connection between its two leads this year as Call Me by Your Name. For that alone, the film must be commended.

2. Brigsby Bear
One of the quirkiest releases this year is this underrated gem starring Saturday Night Live’s Kyle Mooney — a man who has spent his life raised by abductors in a bunker in the middle of the desert. When he is finally rescued, he discovers — to his dismay — that his beloved TV show Brigsby Bear was actually made by his parents to control him. Continuing the tradition of Kimmy Schmidt and The Truman Show, this oddball comedy film is so full of heart that it’s impossible not to fall in love with it.

1. Get Out
This brilliantly satire mixes comedy and horror in equal measure, and is easily the most thought-provoking film to be released in 2017. Mixing bits of Guess Who’s Coming To Dinner with The Stepford Wives, this ingenious hybrid keeps you on the edge of your seat as Chris (Daniel Kaluuya) meets his girlfriend Rose’s (Allison Williams) ultra-white, ultra-conservative family for the first time. In truth, Get Out is so accomplished as Jordan Peele’s directorial debut; he brings such fearlessness and truth to his film. This movie will definitely stay with you long after the credits have rolled.

PS. It may not have made the multiplex, but this documentary got a lot of buzz in 2017.  Plus, our list of “sun”-themed movies to warm you up this winter.

Photo: “Get Out” image courtesy of Universal