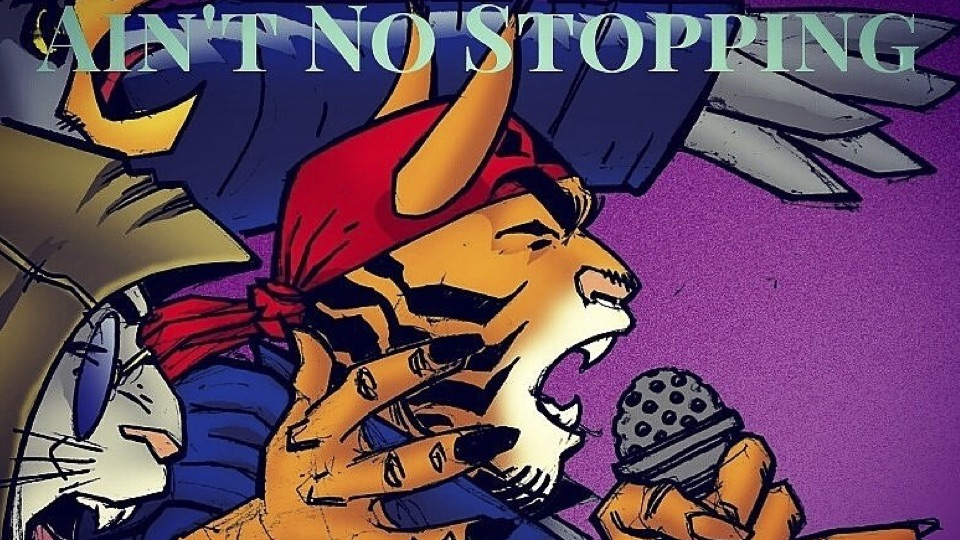 It’s a classic by renowned TSOP duo McFadden and Whitehead (aka “The Sound of Philadelphia”). It served as the anthem for the Philadelphia Eagles’ 1981 Superbowl team. Now, it’s a way of life for Darryl Armour, son of songster Gene McFadden from the aforementioned act. Soon, audiences may hear it — and other TSOP classics —  in a new animated series.

Salahdeen Gamble, son of Kenny Gamble, and Armour, son of late TSOP singer/songwriter Gene McFadden, aren’t resting on the family laurels. Where Gamble and McFadden collaborated as both producer (Gamble) and recording star (McFadden), the sons are blazing new trails around the empire that their dads orchestrated.

The younger Armour and Gamble probably met in the 1970s. Neither remembers the particulars, but each has a recollection of spending pleasant moments together as children during their dads’ collaboration at TSOP headquarters. Gamble recalls, “When I was 13 years old, I was an ‘executive producer’ at Philly International Records. I had my own office. I’d finish school for the day and then go to the studio. My dad and I attended A & R meetings, reviewed tapes, oversaw sessions, and I had my own clients to manage.”

After a couple of decades in his native Philly, and then a short sojourn in Los Angeles, Gamble now resides in West Palm Beach, Florida. He maintains a new-ish vocation as a sous chef. However, he’s not abandoned his entertainment roots.

Related: “9 Songs That Made Our Favorite Movie Scenes”

As for Armour, his true love is animation, and he has a slate of eight or so cartoon projects in the works. His ultimate goal is to reinterpret his dad’s hit songs as musical numbers in Soup’r Hood Heroes, a CGI project for the silver screen. He wants his anthropomorphized cat and dog crime fighters to sing “Ain’t no stoppin’ us now!” as their victory jam.

Almost two years ago, when he dove into SHH, Armour remembered his now Hollywood-savvy childhood pal. Armour assembled his animation army, and Salahdeen Gamble was one of his first phone calls. The two re-bonded over their love of TSOP music, hip-hop, and universally relatable stories.

Armour and Gamble are now on a quest to re-release their fathers’ work for a new generation. Due to complex licensing issues, it proves daunting. Sony BMG acquired the TSOP catalog in 2007; as of today, much of the library resides within the Warner Chappell fold.

Nevertheless, the unstoppable duo envisions Soup’r Hood Heroes as family fare that showcases TSOP songs, re-imagined as toe-tapping production numbers. TSOP classics like Love Train, If You Don’t Know Me by Now, and of course, Ain’t No Stoppin’ Us Now may be in the project alongside new tunes by Darryl Armour, Salahdeen Gamble, and other contemporary rap and pop artists.

When it comes to this new project around the classic music of TSOP, there are still some hurdles to get over. The obvious subtext for this Next-Generation endeavor? ‘Ain’t no stoppin’ us now!’

13 comments on “Ain’t No Stoppin’ Us Now: TSOP Goes Animated?”