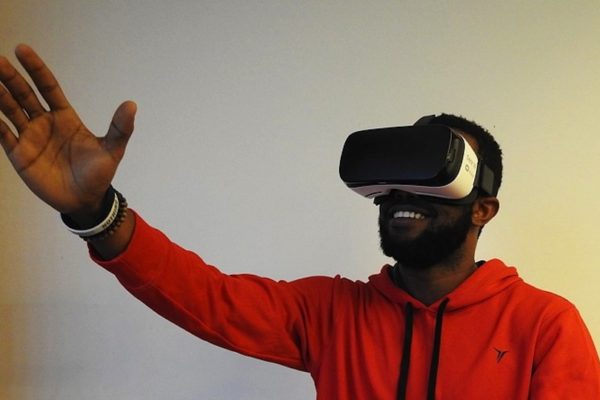 Virtual Reality cameras are just beginning to realize their full potential. That potential is beautifully and lovingly realized in four new pieces created by Weiden & Kennedy for the National Multiple Sclerosis Society: two introductory spots and two stunning VR films. MS in its most disruptive form makes its victims captive of wheelchairs. W&K asked the brilliant question “How could VR restore a sense of movement and completeness to people formerly defined by their physicality?” The answer: powerful virtual reality films that once again offer to a former dancer and surfer the experiences that defined them. Let’s begin with the latter, the born-to-surf Steve Bettis, diagnosed with MS in 2006. Here is his story:

Now watch the VR experience created by a caring younger colleague – no software or viewer needed:

The spot about professional dancer and choreographer Amy Meisner, who was diagnosed with MS in 1997, is equally heartwarming. The shot of Meisner, in a wheelchair, gracefully dancing with her arms and inspired by the VR film is incredibly moving. Watch:

And here is that dazzling VR film:

This project is yet another example of how VR is expanding creative boundaries well beyond the “wow” factor of adventure and thrills to tell beautiful human stories.

0 comments on “A Virtual Escape”