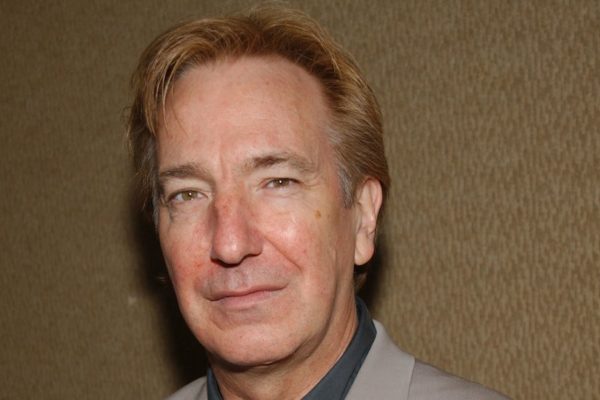 Like most people with children born in close proximity to the millennium, my first thought upon learning about Alan Rickman’s death was his role in the Harry Potter movies. That recollection was quickly followed by a flashback to teenage me in 1988 and the villainous role in Die Hard that made him famous. After that is where the obituary writers and I diverged, thinking not of Love Actually, Galaxy Quest, or even Truly Madly Deeply, but rather a much less heralded role from the early 1990s. The political mock-umentary Bob Roberts is very much Tim Robbins’ show, but he would certainly say that it was not his alone. Though he wrote, directed, and played its title role of a folk-singing political candidate, Robbins was quick to praise the contributions of others, particularly the crew and actors all “working for less money than they were worth.” One of those actors was Alan Rickman, whose role as Roberts’ shadowy campaign manager Lukas Hart III is a standout performance in a movie with no shortage of them.

However, the reason to watch Bob Roberts today is not just Rickman’s (or even Robbins’) fine performance. Bob Roberts may be set in 1990, on the eve of the first Iraq war, but it feels remarkably relevant in the context of this year’s presidential campaign. In fact, its depiction of the intersection of politics and celebrity may be even more prescient about the current political climate than the ostensibly more serious A Face in the Crowd.

The character of Bob Roberts uses many of the same tactics as his real world analogues. He succeeds in business by bending the rules of capitalism to his advantage, just as he succeeds in politics by playing on people’s worst impulses and the oft-invoked notion of “makers” and “takers.” It comes across in the lyrics’ of the songs Roberts sings:

It animates his response to a journalist who tries to expose the truth about him:

“I’ve evaded nothing. You’ve asked an incredibly slanted question based on lies and conjecture and I have responded with an answer appropriate to that kind of yellow journalism.”

And it’s understood all too well by Roberts’ political opponent, a long-time incumbent, played by a wonderfully droll Gore Vidal:

“I know that he proved to be a master of pushing racist buttons, and sexist buttons, this and that. The politics of emotion. He’s very good at that. What’s behind it? I don’t see anybody at home.”

Though Robbins doubtless viewed his movie as a reflection rather than a prophecy, it’s virtually impossible not to see at least a distorted view of the 2016 presidential race in this particular mirror. In any case, it’s an excellent reminder that making audiences think and being entertaining need not be mutually exclusive, a sentiment I’m sure Alan Rickman would have appreciated.

PS. We have had to say farewell to a lot of talented people lately, including music legends David Bowie and Glenn Frey. Read our tributes What Would Bowie Do?, David Bowie: Sometimes Three Years Are Better Than Five, and “Perfection is Not an Accident.”