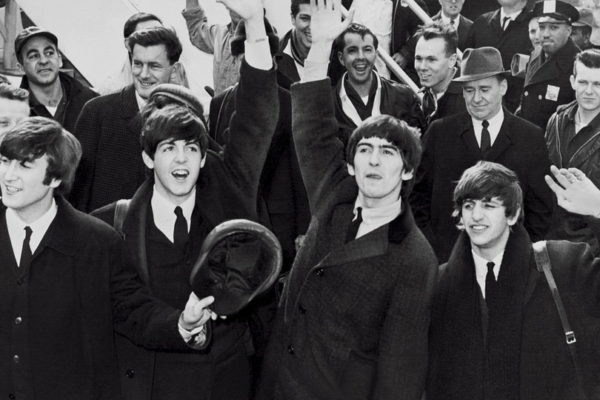 It’s been a busy time for Beatles news. For the first time, music lovers can now legally stream Beatles music from Spotify, Apple Music, and other streaming services. This comes right on the heels of the release of the Beatles’ remastered music videos — most of which have never been officially released. Before that, it was the Ringo Starr auction, Paul McCartney’s collaboration with Rihanna and Kanye, and star-studded tribute concerts for George Harrison and John Lennon.

It’s hard to believe that the Beatles can still make the headlines nearly 50 years since they recorded their last song. It is easy to forget that there was once a time when the Beatles as we now know them didn’t exist. What if you could have been there at the beginning — when Lennon, McCartney, Harrison, and Starr were just four teenagers in a war-torn port in northern England called Liverpool playing American rock and roll?

Freda Kelly was there. Dragged by friends to the dark, smelly, and damp Cavern Club on her lunch break, Kelly instantly fell in love with the Beatles when she saw them perform. This was in 1961 when Pete Best was still their drummer and when the Beatles were still wearing leather and eating chip butties between songs. Kelly ended up returning to the Cavern day after day at a time when girls could still pass song requests up to the band.

After literally thousands of books on the Beatles, it is a wonder that Kelly’s story has never before been told. Now, thanks to the delightful documentary Good Ol’ Freda, Kelly herself tells the stories of her experiences working for the Beatles. Kelly became a friend and confidante of the Beatles, as well as their families. She was one of the few people who could talk honestly to the Beatles (and even tell Lennon off!). She founded the monthly Beatles Book — for years the way that fans all over the world got their news about the Beatles. Kelly was invited to many of the Beatles’ famous appearances and concerts in England. Above all, Kelly understood Beatles fans, and she made sure that their letters and requests were all responded to with care.

When Epstein died suddenly in 1967, Kelly continued to be the Beatles’ connection to their Liverpool roots. She watched the Beatles embark on fantastic adventures — from the Magical Mystery Tour (Freda was a passenger) to the Maharishi’s ashram to the creation of Apple Corps. When the Beatles closed up shop, it was Kelly who consoled fans as she published the last edition of the Beatles Book.

There are scores of great stories packed into this 90-minute documentary, including the story of why Kelly has kept quiet for so long (not even her current co-workers knew about her time with the Beatles) and why she decided to tell her story after so much time. Suffice it to say that you will succumb to the charms of Good Ol’ Freda just like the Beatles did 55 years ago.

PS. While we’re on the subject, you might also enjoy these other Beatles-related posts When a Beatle Wrote with Elvis and John Lennon: Guitarist. Plus, when you sign up for our weekly email update you’ll get the inspiring documentary The 5 Keys to Mastery — FREE. Learn the traits that help people achieve their dreams: from superstar musicians like Carlos Santana and BB King, to Olympic gold medalists, a Nobel laureate, entrepreneurs, actors, teachers and more.

2 comments on “With The Beatles, From the Beginning”