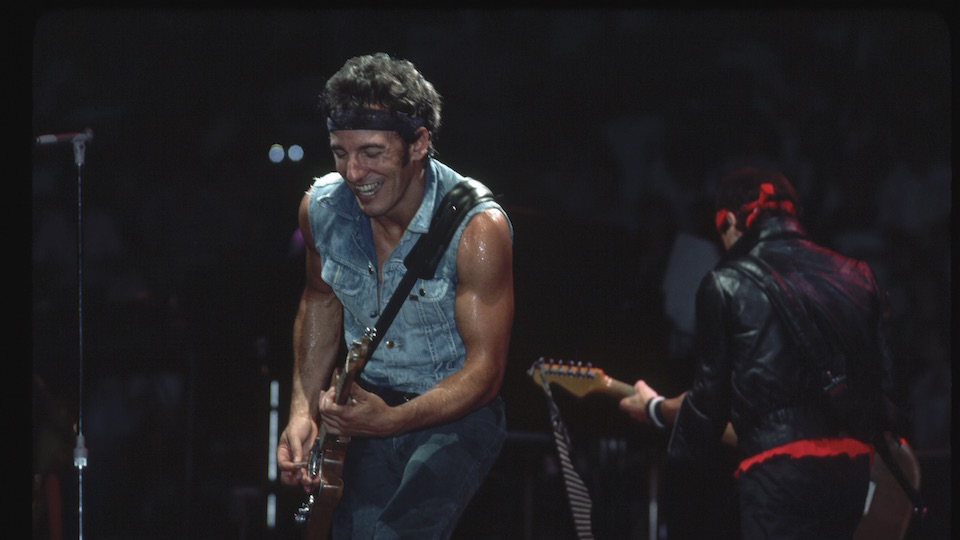 On June 4th, 1984 Bruce Springsteen would release his most successful album ever, Born in the USA. The album would sell 30 million copies and have 7 top 10 singles including “Dancing in the Dark” which would chart at #2. (Damn the artist formerly known as Prince! Check out Springsteen’s Greatest Hits liner notes). While “Dancing in the Dark’ was the last track recorded for the record, it would be “Bobby Jean” which was the most personal song on the album even though it was never released as a single.

The song is about a friend who has left and how close the two once were and while Springsteen has never confirmed it, it is believed to be about his friend and E Street guitarist Steve Van Zandt:

Van Zandt and Springsteen met in 1966; he played in Bruce’s early bands Steel Mill and the Bruce Springsteen Band. He would officially join the E Street Band on the 1975 Born To Run tour, after Bruce’s first three albums (he is credited with helping arrange the horns on “Tenth Avenue Freeze-Out”) and received producer credit on Springsteen’s The River and Born in the USA.

Now I wished you would have told me, I wished I could have talked to you/ Just to say goodbye Bobby Jean

Well if you do you’ll know I’m thinking of you and all the miles in between/And I’m just calling one last time not to change your mind/ But just to say I miss you baby, good luck, goodbye, Bobby Jean

Springsteen would get the band back together for the Reunion tour in 1999 of which Steve was a part and he has not left again since. Apart from Clarence Clemons, who passed away in 2011, Steve usually ends up with the most face time at a Springsteen concert and is often seen sharing mic duties with The Boss.

There has been much discussion about the gender-neutral Bobby Jean. Is it a guy? A girl? Was he/she a lover or a friend? This was surely intentional on Springsteen’s part. How do you write a friendship letter to tell them how much they mean to you? The plan to leave the E Street Band had come up during the recording of the album and it’s clear from the song that Springsteen was already thinking back to the two of them coming up together. Bruce has admitted that he didn’t really fit in growing up and it’s clear from “Bobby Jean” that neither did Steve. So, when you find that person who is like you and understands you, you hold on tight.

What started as two long-haired teens with dreams of rock ‘n roll stardom would develop into a tight-knit friendship. It weathered the leaving of one, who would return years later and never leave again.