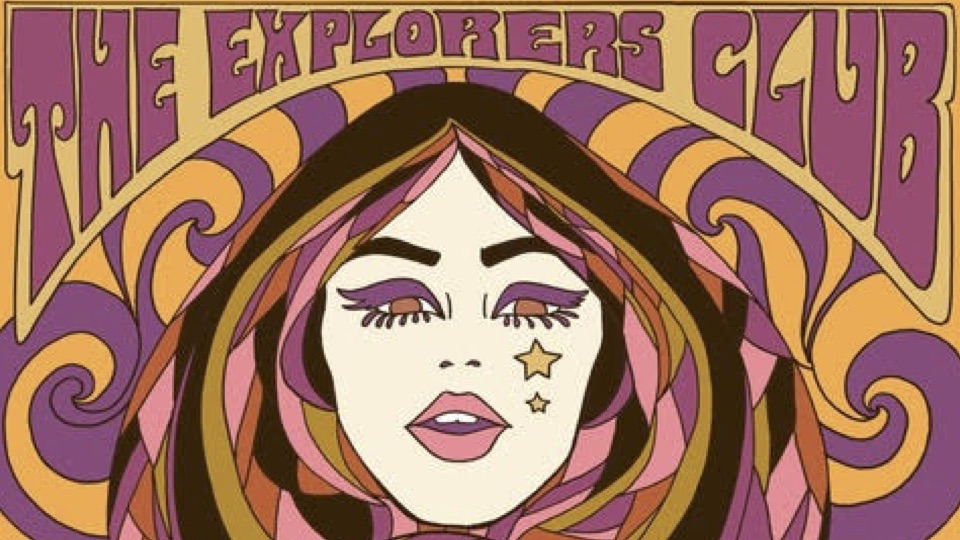 The 1960s was one of the most creative and prolific periods in rock and roll history. From the British Invasion, led by the Beatles and The Rolling Stones, to the Motown sound, to the influential songs of Bob Dylan, right on through to garage bands and acid rock, there was a wide spectrum of genres for fans to embrace. Here in the United States, there was a homegrown stable of pop artists including The Beach Boys, The Mamas and The Papas, The Association, Spanky and Our Gang, and The Left Banke. Those bands provided us with sunshine-dappled tunes laced with multi-part harmonies and beautifully crafted production and arrangements. Many modern artists, including The Wondermints, Teenage Fanclub, and Matthew Sweet, have embraced this style of pop music, and it’s heavily influenced their own work. One of the best of these bands is The Explorers Club, a Nashville based outfit founded in 2005 by the multi-talented singer and songwriter Jason Brewer.

The group includes Brewer and a rotating cast of backing musicians. This June, he’s issuing two albums of outstanding music that will be manna from heaven for fans of baroque pop. The self-titled The Explorers Club contains a dozen dazzling originals, which are the very definition of retro sunshine music. The second disc, To Sing And Be Born Again, features ten beautifully recorded covers of some memorable 1960s pop nuggets. The Explorers Club release kicks off with “Ruby” a song that wouldn’t sound out of place on a vintage album by The Turtles. The album also includes the gorgeous, horn-infused “Look To The Horizon,” which sounds like a lost tune by The Association, and the Burt Bacharach-esque “One Drop Of Rain.” Other standout tracks include the tender breakup ballad “Mystery” and the lovely “Dawn.” The songs are drenched in lush melodies and brightly colored arrangements, giving them a timeless feel that honors their influences, while allowing them to stand out as marvelous tunes in their own right.

To Sing And Be Born Again is a valentine to the music of artists like Paul Revere and the Raiders, The Turtles, and The Walker Brothers. The songs covered are an eclectic mix of well-known numbers such as Herb Alpert’s “This Guy’s In Love With You” and The Turtles “She’d Rather Be With Me” sprinkled with lesser-known but essential tracks such as The Lovin’ Spoonful’s “Didn’t Want To Have To Do It,” which includes guest artist Jay Gonzalez of Drive-By Truckers, and a fantastic version of The Zombies track “Maybe After He’s Gone.” To Sing And Be Born Again also features the band’s exuberant take on Tommy Boyce and Bobby Hart’s “I Wonder What She’s Doing Tonight,” and an exquisite cover of “Can’t Find The Time,” originally recorded by the Boston-based group Orpheus. The Explorers Club version is anchored by a terrific lead vocal from former Barenaked Ladies member Steven Page.

Both records feature meticulously crafted work by producer Matt Goldman. He creates a perfect balance between the glorious harmonies and the intricate arrangements and allows the band to shine, both vocally and instrumentally, on every track. You can draw a straight line from the covers of “She’d Rather Be With Me” and “The Sun Ain’t Gonna Shine Anymore” on To Sing And Be Born Again to the wonderful originals “It’s Me” and “Somewhere Else” on The Explorers Club.

It’s clear that Jason Brewer has a deep and abiding affection for the sunshine pop genre. These outstanding, lovingly-produced albums can’t help but make you feel good, and they’re prime candidates for the soundtrack to your summer. For more info on these releases, head over to the band’s website.

0 comments on “The Explorers Club: Sunshine Pop for Right Now”