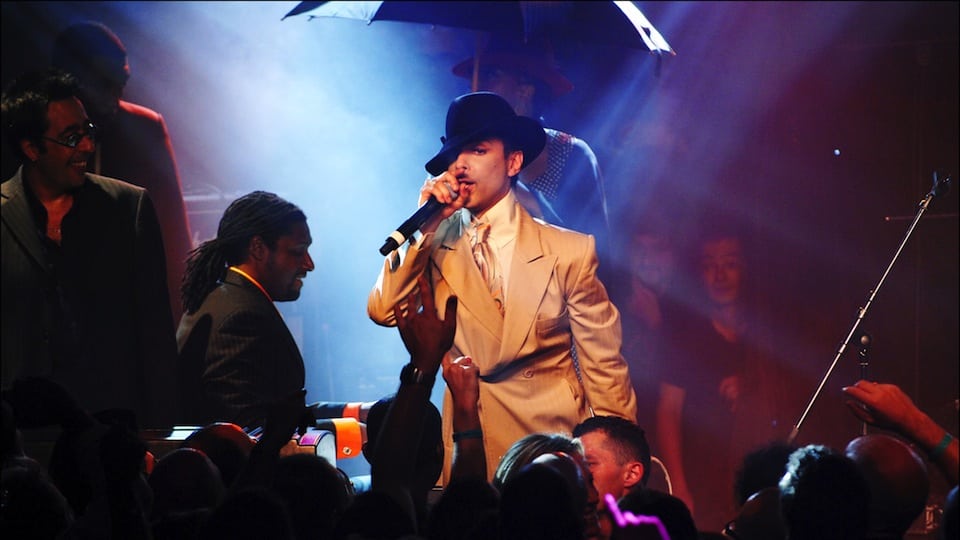 Forget Madison Square Garden: the small clubs, dive bars and local venues around America are where new artists take hold, hone their stagecraft and begin building their fan base. There are hundreds of these around the country, but these four have taken on exceptional legendary status. For more reasons than one. Note: as more small clubs fall victim to rising rents, etc., remember to support your local music scene. You never know who you might “discover” one night.

Prince may have famously helped place the First Avenue nightclub on the map, introducing the world to the Minneapolis music scene, but this legendary venue has an added history of its own. Let’s go back long before alternative-country star Lucinda William’s 2009 wedding on stage, past U2 having written part of “October” during a soundcheck and even beyond Prince and the Revolution’s early performances.

The building which houses First Avenue was built in 1937 and opened as a Greyhound Bus station. Lore has it that a young blonde-haired female wearing a green jacket hanged herself in the fifth stall of the ladies’ bathroom sometime during the 1940s. One issue of the Minnesota Monthly publication stated the woman committed suicide upon learning her boyfriend did not survive World War II. Guests and staffers claimed to have seen her ghost on the dance floor, dancing without legs. Staffers also reported seeing apparitions presumed to be of homeless people who allegedly died at the venue. Employees further claim to have met a ghost named “Slippy” who has a fondness for playing pranks and disturbing equipment, namely throwing it off stage.

Dave Schrader, the host of 103.5 FM’s nightly paranormal show Darkness Radio, alleges that the most active area of the club is the upstairs dance lounge, the Record Room. According to Schrader, deejays frequently report hearing strange things over their headphones like growls, voices, and screams. So, if you’re into an occasional haunting to go along with your music enjoyment, First Avenue might be the place to be.

Asbury Park’s “Stone Pony” is one of New Jersey’s best-known venues thanks to Garden State natives Bruce Springsteen and Jon Bon Jovi. Prior to becoming the Stone Pony, this building used to be the home of “Mrs. Jay’s” restaurant. Nevertheless, during the mid-1960s, management began allowing bands to perform there. In 1968, the restaurant went out of business supposedly because a waitress wore a see-through blouse and the building remained dark until 1973 when it re-opened as the Stone Pony. With a decline in popularity for live music at such establishments, coupled with developers targeting Asbury Park in the late 1990s, Stone Pony faced the threat of permanent closure. But due to its relevance in the music world, there was such a national outcry of support from patrons and musicians, the doors to the club remain open. The Asbury Park Music Awards as well as the crowds returned.

Apart from showcasing musical talent, the Stone Pony also hosts numerous events involving charities and community groups. The club has been designated as an official drop-off for food banks in Monmouth and Ocean counties. They’ve held a benefit event for the family of a young man who lost his life in a motorcycle accident, sponsored a concert with an appearance by Bruce Springsteen in support of the Parkinson’s Disease Foundation, and much more. Management has even established The Stone Pony Foundation to promote music education at elementary and high school levels, including purchasing an amplifier for an aspiring teenage blues guitarist from the area.

Located in Austin, Texas, the Victory Grill has been nourishing souls since 1945 and is one of the last remaining original Chitlin’ Circuit juke joints. Being in the then-legally segregated south, the club played host to popular African American artists including Bobby Bland, B. B. King, Billie Holiday, Chuck Berry, James Brown, and Ike & Tina Turner. Rock legend Janis Joplin used to perform there as well. As for its heyday, one local resident once said, “The street was so crowded you could barely walk. It was like New Orleans.”

The cafe still serves up southern cuisine with a soulful side of jazz, blues, and urban contemporary entertainment. The venue is also open for private events and cultural tourism. Dubbed a “Texas Treasure” by the Preservation Texas organization, Victory Grill was given the distinct honor of being added to the National Register of Historic Places in 1998.

This important music landmark is situated prominently on West Hollywood’s Sunset Strip and is representative of more than a regular old dance hall with a stage. One of the most ballyhooed clubs of its day, Whisky a Go-Go opened in 1964 frequently to long lines and featured go-go girls in suspended cages wearing fringed mini-dresses and white boots. These energetic dancers helped popularize the go-go dance craze and inspired movies as well as fashion trends. The famous music venue also deserves credit for its part in kick-starting the careers of successful musicians like Jimi Hendrix, Alice Cooper, The Stooges, The Byrds, Led Zeppelin, AC/DC, Steppenwolf, and many others. In fact, Jim Morrison and the Doors were the house band in 1966.

Whisky a Go-Go was inducted into the Rock and Roll Hall of Fame in 2006 and ten years later, they launched their own TV channel on the Roku TV platform. The Whisky a Go-Go channel allows a global audience to view full concerts, live music videos and related content spanning its 56-year history.

Sometimes you just never know about the places you choose to go party. Where so many other clubs and honky-tonks have now closed their doors, these are among the few icons that remain, serving the community, carrying on the music, recalling the history — and one allegedly home to a few ghosts.