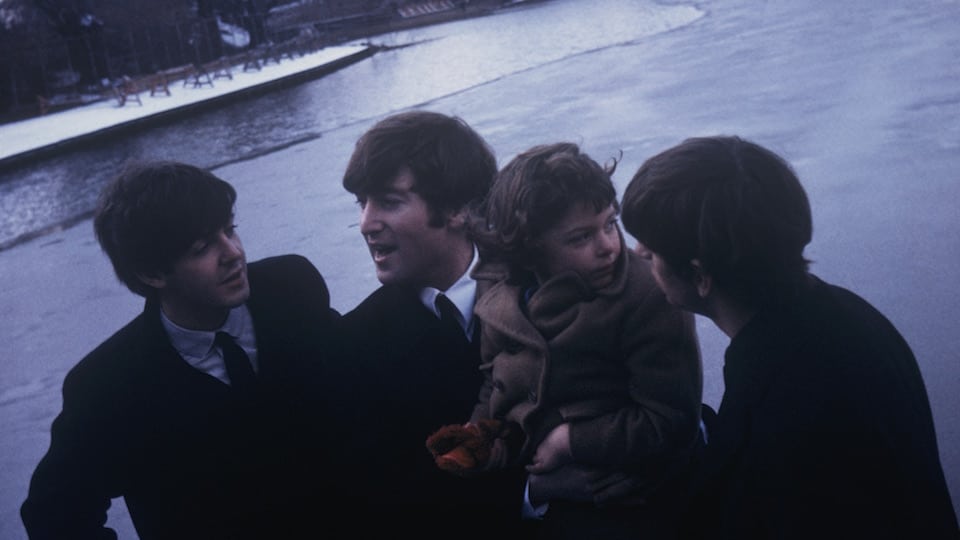 We’ve never doubted that the Beatles appealed to youngsters. We were once youngsters ourselves. And our look at Beatles merch on eBay earlier this year uncovered such kid-friendly collectibles as a Beatles lunch box, a Beatles “mini-guitar,” and a set of Beatles bobblehead dolls. But these were all vintage goods made for children who have now grown up. How do we ensure a new generation of Beatlemaniacs? Perhaps the power of literature is the key. Below are seven books intended to make new Fab Four converts from ages 3 to 13.

A, B, See the Beatles!: A Children’s ABC Book

Author Jill Davis’ and illustrator Jeanne Conway’s brightly colored picture book proves that there’s no age too young to start indoctrinating your children (or anyone’s children) so that they become full-fledged Beatlemaniacs. “O is for the ‘Octopus’ Garden’ beneath the sea / P is for Paul and his ‘Penny Lane’ memory.” Repeat after me. Ages: 3 to 5

Related: “5 More Beatles Songs with Girls Names In the Title”

Who Were the Beatles?

Washington Post journalist Geoff Edgers also penned Who Was Elvis Presley?, Who Was Stan Lee? and Who Was Julia Child? but we’re guessing this one is the most popular of his quartet of books geared to educating kids on famous folks from yesteryear. Let’s face it: They only really need to know who John, Paul, George, and Ringo are, right? Ages: 3 to 7

If you’re singing Fab Four songs all the time, eventually the young ‘uns are gonna ask the titular question in Phyllis Matthews’ children’s book. It also answers what might be their second question “Why are they so important?” by sharing tidbits of info regarding their impact on fashion as well as music. Ages: 4 to 7

Mike Venezia’s title may leave something to be desired but it’s simply called The Beatles because it’s part of a much larger series of books entitled Getting to Know the World’s Greatest Composers. That’s right. The Beatles are sharing a series with Bach and Beethoven. So move over Brahms. There’s a new “B” in town. Ages: 6 to 9

Fab Four Friends: The Boys Who Became the Beatles

Sure, it’s targeting a slightly older age group but Adam Gustavson’s painterly visuals here may be what keeps your elementary school kid enthralled with Susanna Reich’s youthfully oriented retelling of the formation of the band: post-war kids become a worldwide sensation! Ages: 6 to 10

The Beatles: Leading the British Invasion

Even after the Fab Four split up and each band member went his own separate way, they all did interesting things. So this Beatles biography looks at their contributions post-breakup as well during the reign. If you’ve already got your child hooked on basic Beatles, Diane Dakers’ biography can expand that obsession as it touches on their later careers, too. Ages: 10 to 13

How the Beatles Changed the World

If you feel like the Beatles weren’t really the Beatles until the Ed Sullivan Show then this is the kids’ book for you. Focused less on how they came to be and more on what they did, Martin W. Sandler’s book is, according to School Library Journal, “a welcome reminder that popular entertainment can be a powerful force for positive change in the world.” And when isn’t that a good message to share with your kid? Ages: 10 to 14

Photo Credit: The Beatles in Central Park with a fan’s child at Bethesda fountain; circa 1960; New York. (Photo by Art Zelin/Getty Images)

0 comments on “You’re Never Too Young for the Beatles”