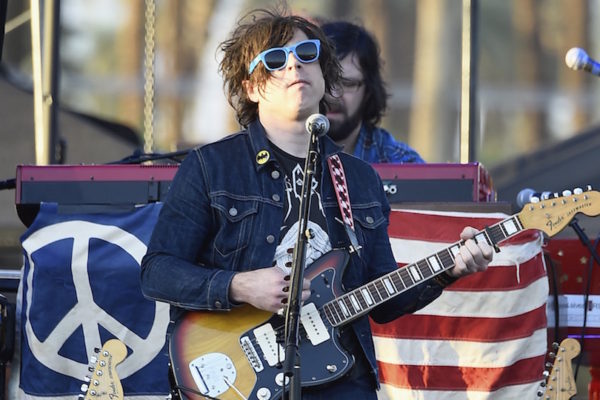 We know, we know. Rock n’ roll and pop covers are sacrilegious. With rare exception, nothing’s as good as the original and that’s what fans should listen to. But consider how many times a really good cover helped put a tune back on the map. Think Amy Winehouse’s “Valerie,” Soft Cell’s “Tainted Love,” The Fugees’ “Killing Me Softly With His Song,” Talking Heads’ “Take Me to the River,” even Tom Jones’ “Kiss.” Those [amazon template=right aligned image&asin=B078TQJRRV ]were some pretty great covers, right? Everyone knocks covers but when you consider the matter honestly, a good song is worth singing again… as long as the right artist is involved. But what about those instances when the rendition doesn’t introduce the song to a new generation or take it to another level so much as blast it to another planet? Here are some truly improbable cover songs.

Typically, covers involve a younger artist paying tribute to a legend, but Ryan Adams turned that around by reinterpreting Taylor Swift’s entire 1989 album — despite her being quite a bit younger than him. His rendition of “Shake It Off” starts off sounding more like a Springsteen homage than a bubblegum pop reinvention. Ironically, Ryan’s encompassing album debuted at number seven, while Swift’s inspiring material was still riding high at number eight — after nearly a year on the Billboard chart!

Avant-garde song stylist Anonhi’s indie rock cred is impeccable. Just factor in this: Albums by the artist f.k.a. Antony have featured the likes of Lou Reed, Rufus Wainwright, and Devendra Banhart as guest performers. So you can rest assured that this tremulous rendition of the Beyonce hit is going to redefine the tune to the point of unrecognizability. But whereas Queen B’s version sent you straight to the dance floor, this one will have you saddling up to the bar. Love hurts, in case you forgot. Cheers!

The very premise of the album is curious: Rock Swings. Really? There might be songs for which that’s true but it’s a bit of a stretch to apply to rock as a whole. Especially with the sub-genre of grunge. Grunge swings? It seems impossible. And yet… Anka’s Tony Bennett-like delivery of Nirvana’s signature hit almost sounds like a jazz standard. This cover is brassy in more ways than one. Kurt Cobain may roll in his grave, but those unfamiliar with the original might be forgiven for taking Anka at his word. “Hello, hello, hallo.”

Did Public Image Ltd’s post-punk classic really have a melody or was it more that frontman Johnny Rotten’s utterance was repeated often enough so that it started to sound like a singable phrase? Regardless, chanteuse Melanie Pain converts Rotten’s cadence into something disarmingly lyrical with serious help from a lush-loungey backup that’s oh-so-smooth. Bring on the vibraphones! Maybe it is a love song after all.

If you were coming up with a short-list of names of pop vocalists who might best cover the incomparable Kate Bush, you probably wouldn’t be starting with an R&B sex symbol. But that would be your mistake. Because Maxwell’s falsetto strikes us as an uncanny parallel to Kate’s ethereal tones. As covers go, this one may be the most traditional one cited here; even when the singer drops out of his high voice, you get the feeling that he’s not honoring his source in the process.

PS. The Beatles started out doing covers — before creating their own hits.  Trace some of their journey with our cool Deconstructing the Beatles series.

0 comments on “Improbable Covers for the New Millennium”